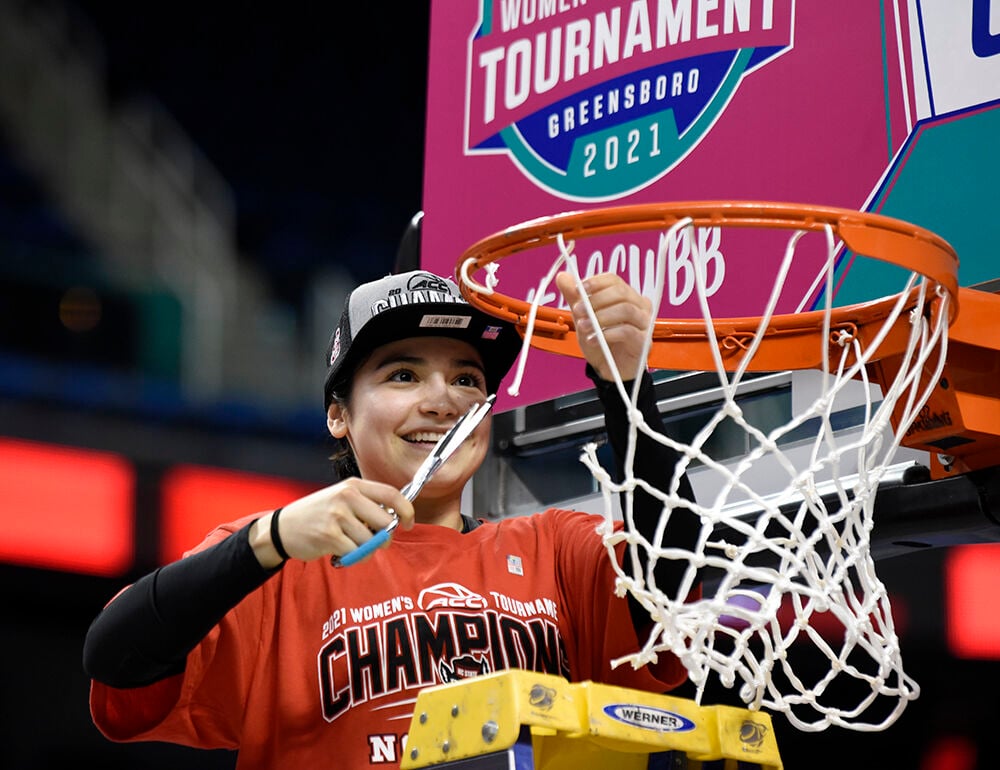 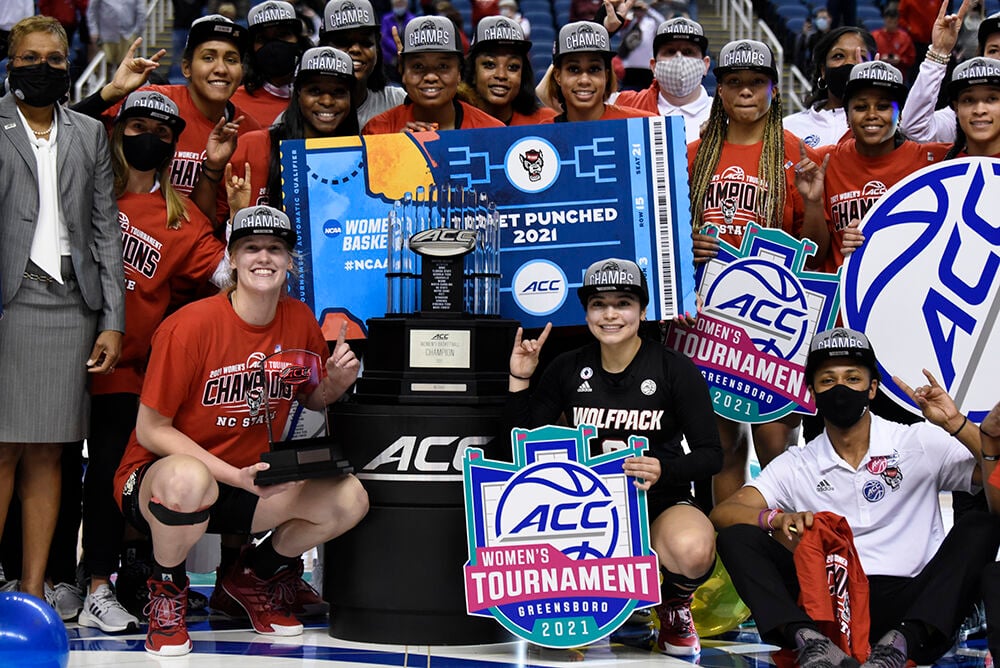 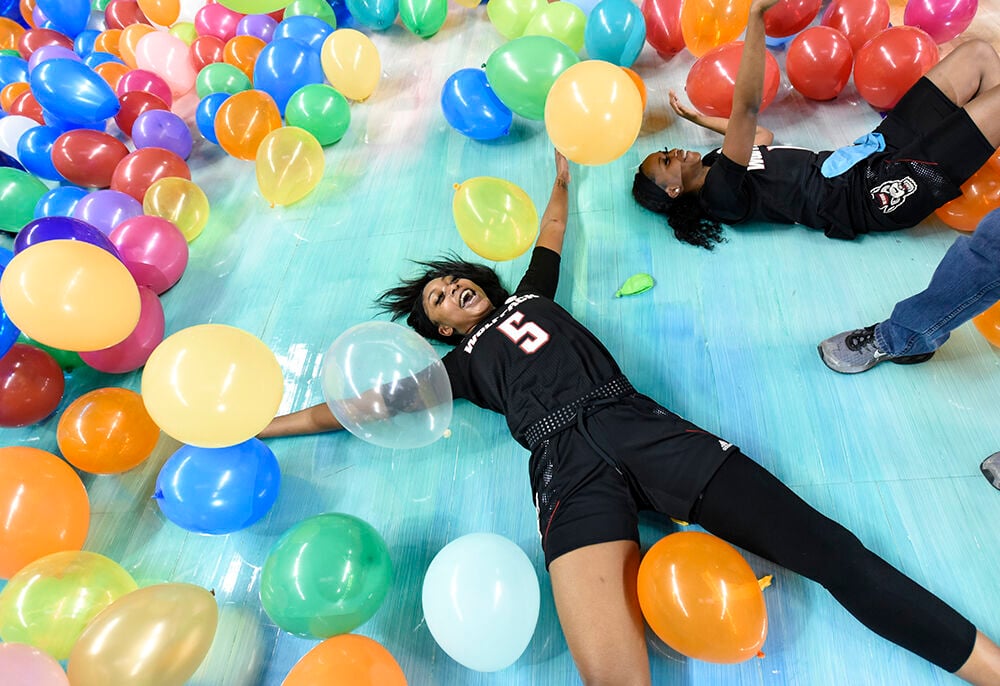 The NC State women’s basketball team saw history repeat itself on Sunday, March 7 as a jump shot from graduate guard Raina Perez with 2.1 seconds remaining in the game gave the Wolfpack back-to-back ACC titles, taking down the Louisville Cardinals 58-56.

After an impressive regular season and an even more solid performance in the ACC Tournament, the future shines bright for the Wolfpack as it prepares to enter the NCAA Tournament shortly. Here are some takeaways from the Pack’s stellar weekend and some things to look forward to as we head into more March Madness.

Elissa Cunane is as dominant as ever for the Wolfpack

With 70 points across the Pack’s three tournament wins and 27 rebounds, junior center Elissa Cunane came out on top of the tournament, being named the ACC Tournament MVP.

Cunane has proven to be the anchor of this squad, coming in clutch in close games and knocking down points when NC State most needs it. Scoring 27 of her 70 points in fourth quarters, Cunane was the leading player coming back both in the matches against Georgia Tech and Louisville, as the Pack was down in the last couple minutes in both matchups.

Against Georgia Tech, Cunane was able to come out with a huge layup to finally push the Pack into the lead, before finishing off the Yellow Jackets with free throws to advance to the finals.

Wrapping up the championship with the Cardinals, Cunane led the Wolfpack with 20 points to help secure its second straight ACC championship. After earning some fouls late in the fourth quarter, Cunane was able to down a set of free throws to give the Pack a one-point lead, before doing the same thing seconds later to give NC State the tie. Setting Perez up with a screen to win the game, Cunane played a large role in this team’s triumph and will, without a doubt, be the driving force for this team’s success in the NCAA Tournament as well.

Veteran players were the driving force this weekend

In these high intensity games for NC State, the team looked to its veterans to put games away.

Three of the Pack’s upperclassmen, senior guard Kai Crutchfield, senior forward Kayla Jones and Cunane plowed through the Yellow Jackets to secure the team’s spot in the championship, scoring 31 of the 38 points in the Pack’s second-half comeback.

With two big steals in the fourth quarter, Jones was able to keep the Pack alive and create those scoring plays the team desperately needed. In addition, who can’t forget NC State’s graduate player Perez, as she always shows up with consistent performances to lead the team in its victories. It was Perez with the highlight of the tournament, scoring the most important points of the weekend and knocking down that tough two-point shot against Louisville in the final seconds to break the tie.

There is no doubt this group of veteran players will continue to show up for the Pack in important moments and will help give the squad a run in the tournament later this month.

If there is one thing this team has proven, it is to never count it out of a game until the final buzzer. Out of its three tournament matchups, NC State saw itself down in the fourth quarter in two of them. The Wolfpack reached a 10-point deficit against Georgia Tech and an eight-point deficit against Louisville, after a 3-pointer from the Cardinal’s star player Dana Evans. While these situations probably stressed out every single fan of the Wolfpack, the team was able to rally back both times to secure the victory.

But these are not the first times the Pack fired back after being down late in the game. We saw similar performances during the regular season, after NC State saw a 16-point fourth quarter deficit to Boston College. The team was able to outscore the Eagles 28-9 in the fourth quarter to avoid the upset.

Heading into more tournament play, we may see this team go down a couple of times, but do not fret. If there is anything this squad knows how to do, it's to perform in big games when needed. After beating then-No. 1 South Carolina, then-No. 1 Louisville and then-No. 5 Louisville, this team has proven to everyone to not only trust it in big games and to believe in its talent, but to never doubt the Pack.

With the NCAA Tournament right around the corner, this team finally has a chance to prove to the nation just how dominant of a team it is.

After winning the ACC Tournament last year, the Wolfpack saw no opportunity to continue its success after COVID-19 canceled the NCAA Tournament. But this year, with the tournament right around the corner and in full swing, NC State will finally have its chance in March to make a run for the national title.

Sitting on the line between a No. 1 seed in the tournament and a No. 2 seed, this team will expect a couple easier games at first, before heading to the top for some tough competition (knock on wood for no upsets). After taking down Louisville in its last matchup, the team will most likely not run into that sort of talent until a couple rounds in.

Current bracketology shows NC State as a No. 2 seed in the tournament, sitting in a region with No. 1 seed South Carolina, a team the Pack was able to defeat away from Reynolds.

While anything can happen in March and we can only rally for the success of our beloved Wolfpack, the road success is completely doable for our talented squad. Without a doubt, the NCAA Tournament will be a great watch for Wolfpack Nation as we send the back-to-back ACC champions to Texas.