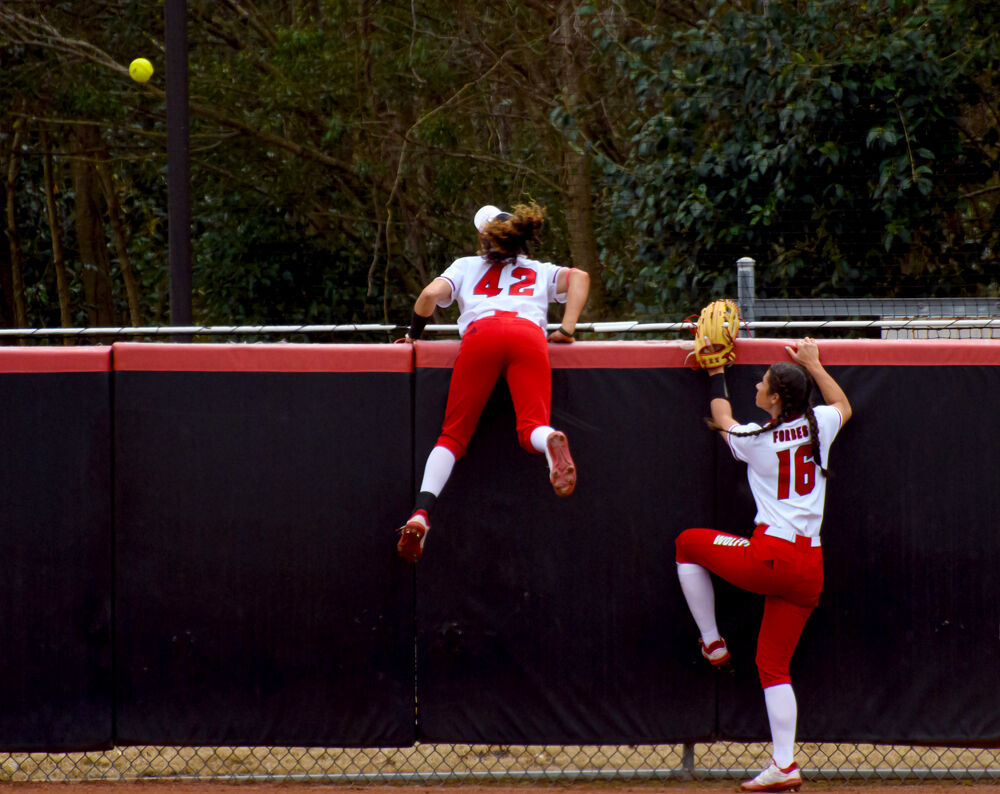 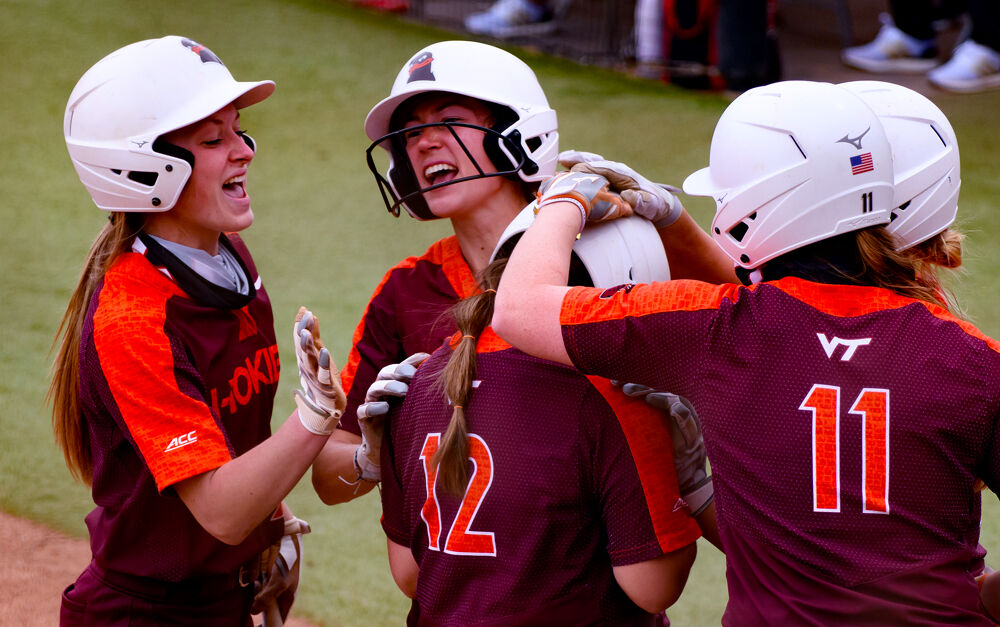 The NC State softball team lost in a 17-4 walloping from the No. 16 Virginia Tech Hokies on Sunday, March 14 at Dail Softball Stadium. The initially tightly contested game fell off the rails for the Pack when the Hokies put up 12 runs on nine hits in the fifth inning.

In a repeat matchup from the second game of Saturday’s doubleheader, redshirt senior right-handed pitcher Abby Trahan (2.0 IP, 9 ER, 4 HR) took the pitcher’s circle for the Wolfpack (12-6, 8-6 ACC) and the Hokies (10-3, 7-3 ACC) sent out right-handed pitcher Kelly Rochard for her third appearance of the series.

The two starters owned the first inning, with the only baserunner being redshirt senior right fielder Tatyana Forbes (1-3, K), who reached on a single but was called out for leaving first early on a stolen-base attempt.

Trahan was the first to blink in the standoff between her and Rochard, as Virginia Tech went yard twice in the top of the second to take a 3-0 lead. After the second homer, Wolfpack head coach Jennifer Patrick-Swift made her first call to the bullpen, bringing out redshirt sophomore right-handed pitcher Sydney Nester (2.1 IP, 5 ER) to relieve Trahan.

The Pack responded quickly in the bottom of the second, as redshirt juniors third baseman Logan Morris (2-3, HR, RBI) and shortstop Randi Farricker (0-1, HBP) reached base on a single and hit by pitch, respectively, to set up a two-on, no-out situation for redshirt junior catcher Sam Sack (1-2, HR, 3 RBI). Sack converted an 11-pitch at-bat into a three-run dinger to tie the game.

The Hokies were eager to retake the lead, however, as homers from Virginia Tech third baseman Kelsey Bennett and then Morris put the score at 5-4 in favor of Virginia Tech after three innings. Morris’ goner constituted the last of the scoring action for the Wolfpack, as Rochard only allowed a walk and a double for the remainder of the game.

In what became a theme in this series, NC State could not stifle the Hokies’ offense in the later innings. After a scoreless fourth inning, the Hokies piled up 12 runs in the top of the fifth to put the game out of reach for the Pack. After Nester allowed a two-run home run and then a hit by pitch, Trahan returned to the pitcher’s circle for State. Virginia Tech proceeded to score six runs on two home runs, including a grand slam, during Trahan’s relief appearance.

Freshman left-handed pitcher Estelle Czech (0.2 IP, 3 ER) was eventually subbed in for Trahan, but did not fare much better as the Hokies scored four more runs on two more home runs under her watch. Czech ultimately stopped the bleeding to end the frame, but by then, the victory was in the bag for Tech.

The Wolfpack failed to make much noise in the bottom half of the fifth, as redshirt senior center fielder Angie Rizzi (1-3, 2 K), who reached second base on a double, was stranded there to end the ballgame. The Hokies’ 17-4 victory capped off a 3-1 series victory for them. The Pack was outscored by a combined score of 33-16 over the course of four games.

The Wolfpack will hit the road for the first time this season as it travels to Charlottesville, Virginia for a series against the Virginia Cavaliers. The first game will take place on Friday, March 19 at 5 p.m.