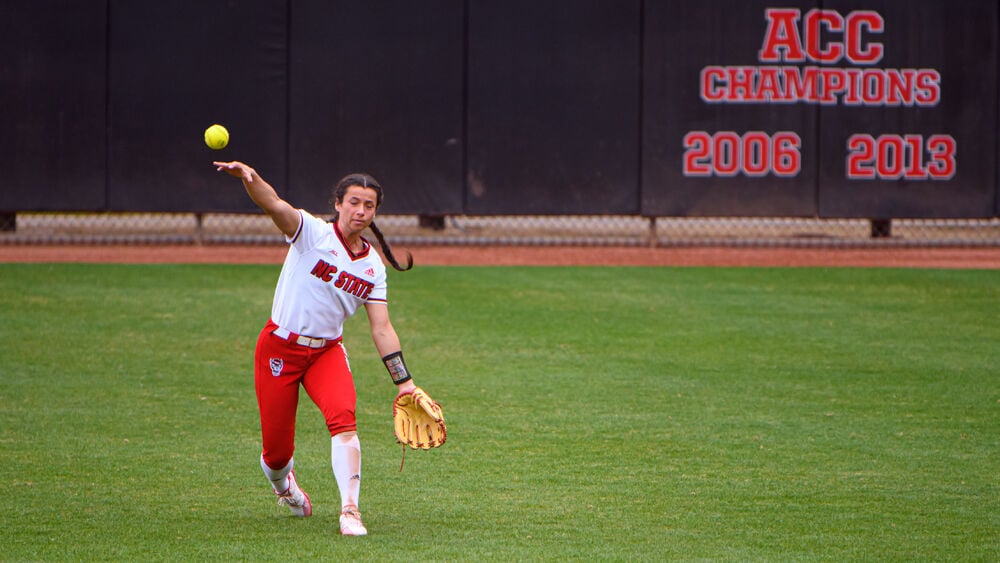 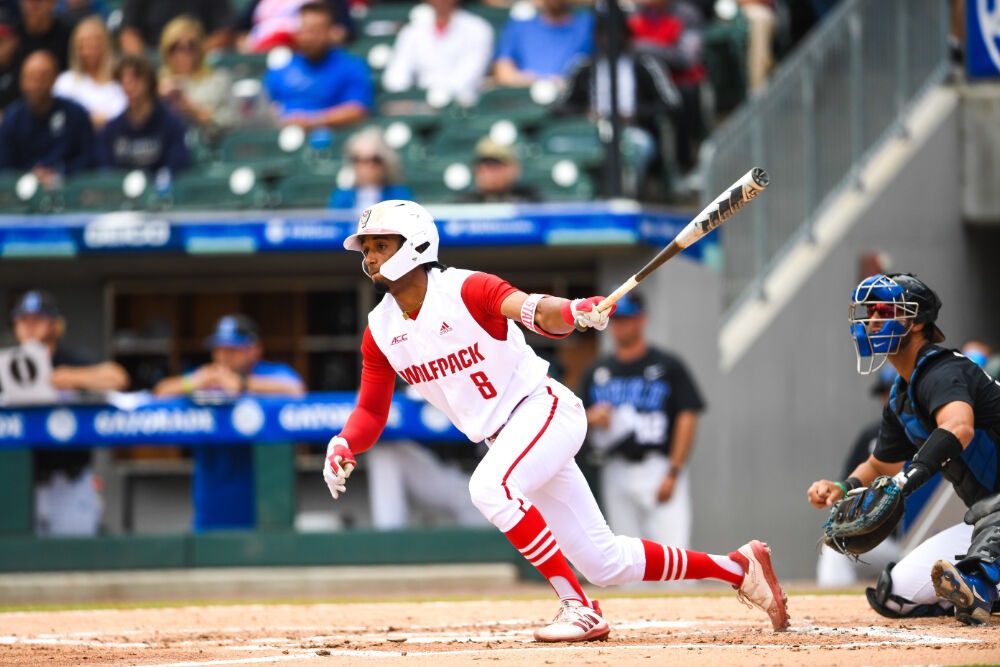 Freshman infielder Jose Torres runs after batting at the ACC Championship game against Duke held at Truist Field on Sunday, May 27, 2021.

Freshman infielder Jose Torres runs after batting at the ACC Championship game against Duke held at Truist Field on Sunday, May 27, 2021.

Few NC State student-athletes represented this cultural overlap better than Daytona Tortugas shortstop and MiLB Pack Pro Jose Torres and former Wolfpack softball right fielder Tatyana Forbes. With their Latin American roots overlapping with their upbringings in the United States, Torres and Forbes are prime examples of what it looks like to be a Latin American student-athlete.

Born in Guayubín, Dominican Republic in 1999, Torres took the scenic route to get to where he is today. Torres played his high school ball at Calvert Hall College High School in Baltimore, Maryland, where his .402 batting average and 44 RBIs earned him a 24th-round selection by the Milwaukee Brewers in the 2019 MLB Draft.

Torres ultimately decided to play for NC State at the collegiate level, where he continued to carry the tradition of Wolfpack shortstops destined for pro ball. After a promising 2020 season where he slashed .333/.369/.533 over 17 games, Torres broke out as an important part of the core of players in NC State’s run to the 2021 College World Series.

Following a solid regular season that saw him post a .309 batting average along with six homers, Torres tore the proverbial cover off the ball this past postseason. The 21-year-old freshman bashed one home run in all three games of the Fayetteville Super Regional against the No. 1 Arkansas Razorbacks, including a go-ahead solo shot late in the third game to send the Pack to the College World Series.

Torres finally went pro when the Cincinnati Reds selected him in the third round of the 2021 MLB Draft. After carving out his legacy with the Wolfpack, Torres just recently finished up his rookie season in MiLB with the Daytona Tortugas, Cincinnati’s low-A affiliate. With an OPS of .977 in the minors thus far, Torres is showing enough promise to ascend to the big leagues and become an MLB Pack Pro. But whether he is in Cincinnati or Daytona or wherever else, one thing is for certain: baseball has taken Torres quite a ways from his birthplace in the Dominican Republic.

Moving from the Caribbean to the Pacific coast, Forbes showed her own Latin American heritage by representing Mexico in the 2020 Olympic games in Tokyo this past summer. Even though Forbes herself was born and raised in Redmond, Washington, she was eligible to play for Mexico because her mother originated from Mazatlán, a resort town at the mouth of the Gulf of California on Mexico’s west coast.

After playing her first two seasons of collegiate softball at Coastal Carolina and her junior year at FIU, Forbes made her mark on the Wolfpack record books while at NC State. The Pack’s all-time leader in both batting average and on-base percentage with .423 and .484, respectively, Forbes was a key cog in the program’s improvement under head coach Jennifer Patrick-Swift.

Despite never knocking a single ball over the fence, Forbes’ impact on NC State softball was certainly felt. Even though Patrick-Swift’s tactical emphasis on the long ball didn’t fit Forbes’ approach at the plate, Forbes took no plays off, thereby contributing to the “home run mentality'' that Patrick-Swift preaches.

All in all, this pair of Latin American alumni were integral to the broader success of their respective programs. By building on the success of prior Latin American student-athletes at NC State such as Chicago White Sox left-handed pitcher and MLB Pack Pro Carlos Rodón, whose parents hail from Cuba, Torres and Forbes exemplified the importance of the stick and ball game in Latin American culture.