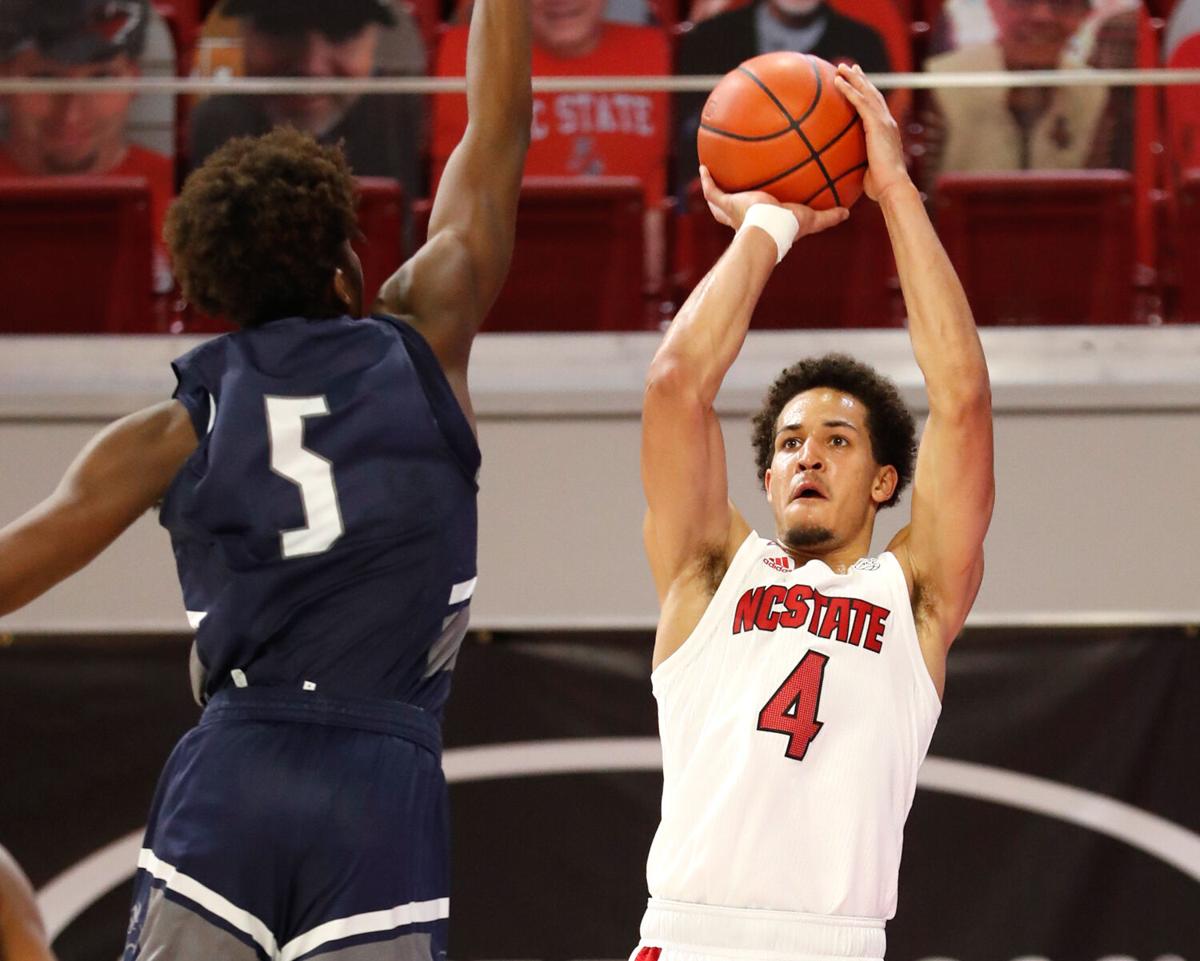 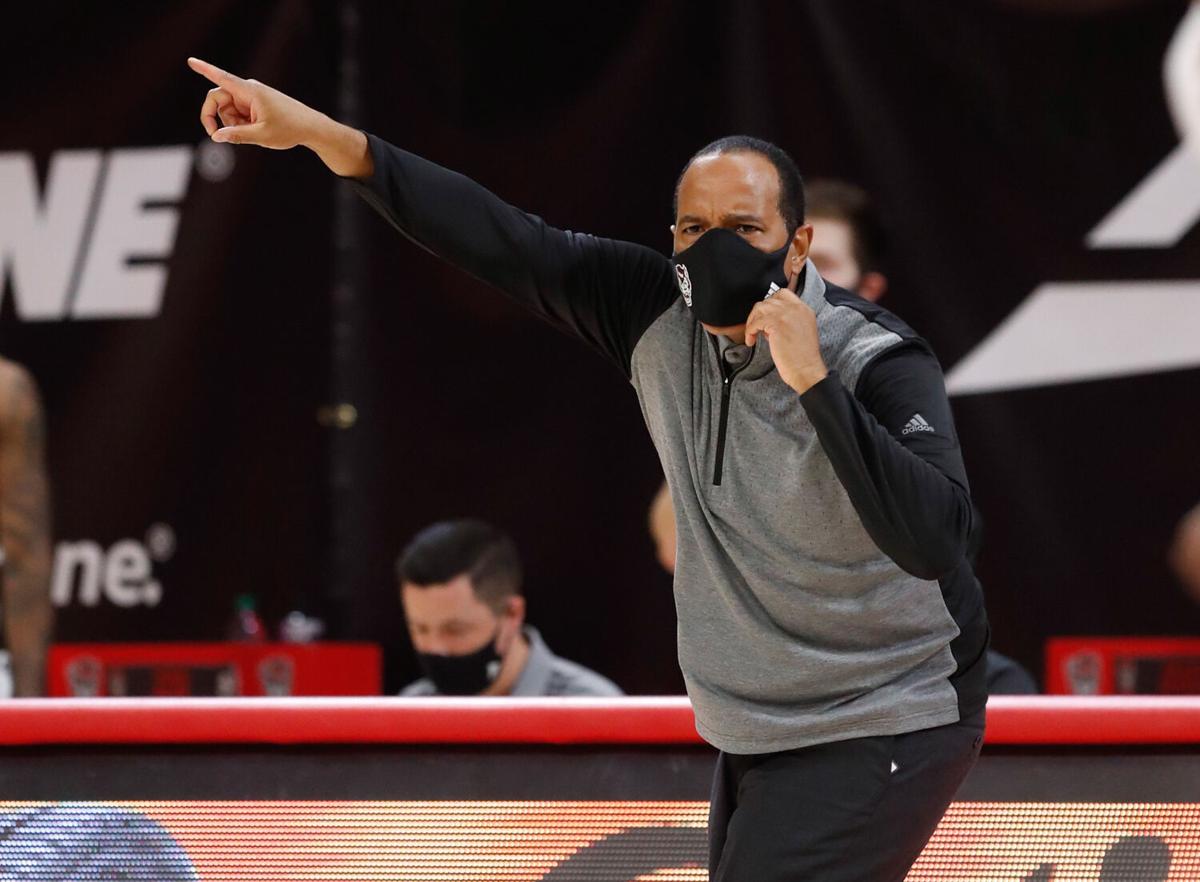 Led by the trio of junior forward Jericole Hellems, redshirt sophomore center Manny Bates and true freshman point guard Cam Hayes, the Wolfpack (2-0) easily handled the Ospreys (0-2), pulling away at the end of the first half and never looking back.

“In these first couple of games, the good thing is we’ve been able to show our depth, but I’ve also been able to get our young guys some playing time,” said NC State head coach Kevin Keatts. “I saw a couple guys get better over the last couple of days.”

Keatts opted to not start redshirt senior guard Devon Daniels two days after his career-high 29-point night, instead opting for Hellems in an otherwise unchanged starting lineup from the Wolfpack’s 95-61 win over Charleston Southern. Keatts said the decision to not start Daniels was due to the senior being “30 seconds” late to a film session.

“That’s not the culture that we’ve got here,” Keatts said. “Everybody’s held to the same accountability. If you can have 40, you’re going to be early. That’s just the way I’ve always been. I’m maybe exaggerating the 30 seconds, maybe it was a minute or minute and a half. But I made the decision because Jericole worked hard, but Devon was a little late for film.”

While Hellems responded well to getting the start, leading the team in scoring in the first half with 11 points, he was overshadowed by Bates, who had a stunning six points, six rebounds, four blocks and zero, yes zero, personal fouls. The usually foul-plagued rim protector was not only his usual block-hungry self, but he managed to stay disciplined. Bates ended the game with 10 points, eight rebounds, five blocks and just one personal foul.

The Wolfpack remained in the driver’s seat for the entirety of the first half, but was only able to pull away late in the half, ending the first on an 11-2 run to build its lead to 42-28. While Hellems and Bates helped lead the way, the Pack spread the ball around in the first half with seven players scoring.

Hellems continued to play well in the second half, finishing the game with 17 points on 7-for-12 shooting, but once again, the junior was overshadowed, this time by Hayes.

After putting up a solid four points in the first half, Hayes took over for a stretch in the second, ending the game with 13 points on 6-for-8 shooting, six assists and zero turnovers in 19 minutes of action. In 37 minutes across the first two games of the season, Hayes has a 10-to-1 assist-to-turnover ratio. It is safe to say the freshman has found his footing early in his college career.

“It was kind of a confidence thing,” Hayes said. “Last game, I played really hard, but my shots weren't falling. Today, when I saw my shots were falling, it made me play even more hard. Once the first went in, I felt more confident shooting the ball today.”

Hayes is one of five freshmen who have appeared in both of the Wolfpack’s games so far with guard Shakeel Moore, redshirt guard Dereon Seabron, forward Jaylon Gibson and center Ebenezer Dowuona also seeing the floor in both games.

“I’ve been tough on [Hayes],” Keatts said. “Sometimes I ask myself, should I be tough on him because he’s a freshman? But I need him and Shakeel Moore to grow up, and even the other guys, but of anybody, Cam and Shakeel both have to play. He’s getting better. He’s handling it. He’s not sensitive, as a lot of the freshmen would be when you jump on them. He’s moving on to the next play. There was a stretch in the game where he kind of took the game over and made some great plays. That says a lot about him. But he’s maturing in front of us, he’s going to be a really good basketball player.”

In addition to Hellems, Bates and Hayes, redshirt senior forward D.J. Funderburk also ended the game in double digits, putting up 11 points on 4-for-6 shooting and four rebounds. A quietly solid night for the forward, who flirted with the NBA draft in the summer before opting to return for another season.

Although he did not start, Daniels still led the team in minutes with 29 (one more than Bates). In his 29 minutes, Daniels was less than stellar, shooting two of seven from the floor en route to a seven-point game.

The Wolfpack’s next game will be on Monday, Nov. 30, against William & Mary. Opening tip is set for 7 p.m.

“I’m going to go back and watch the tape, and of course, even though we won by 35, you know I’m going to find a couple things that we’ve got to get better at,” Keatts said. “And that’s what we’re going to do in the next couple of days.”

Swim and dive vs. Duke

LETTER TO THE EDITOR: Marijuana legalization is an uphill battle