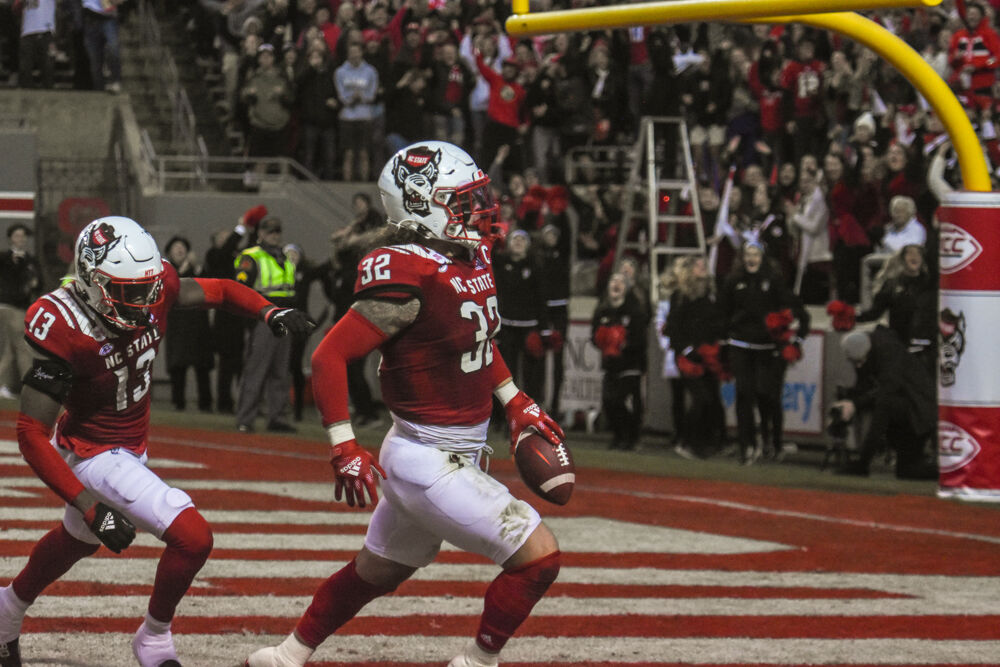 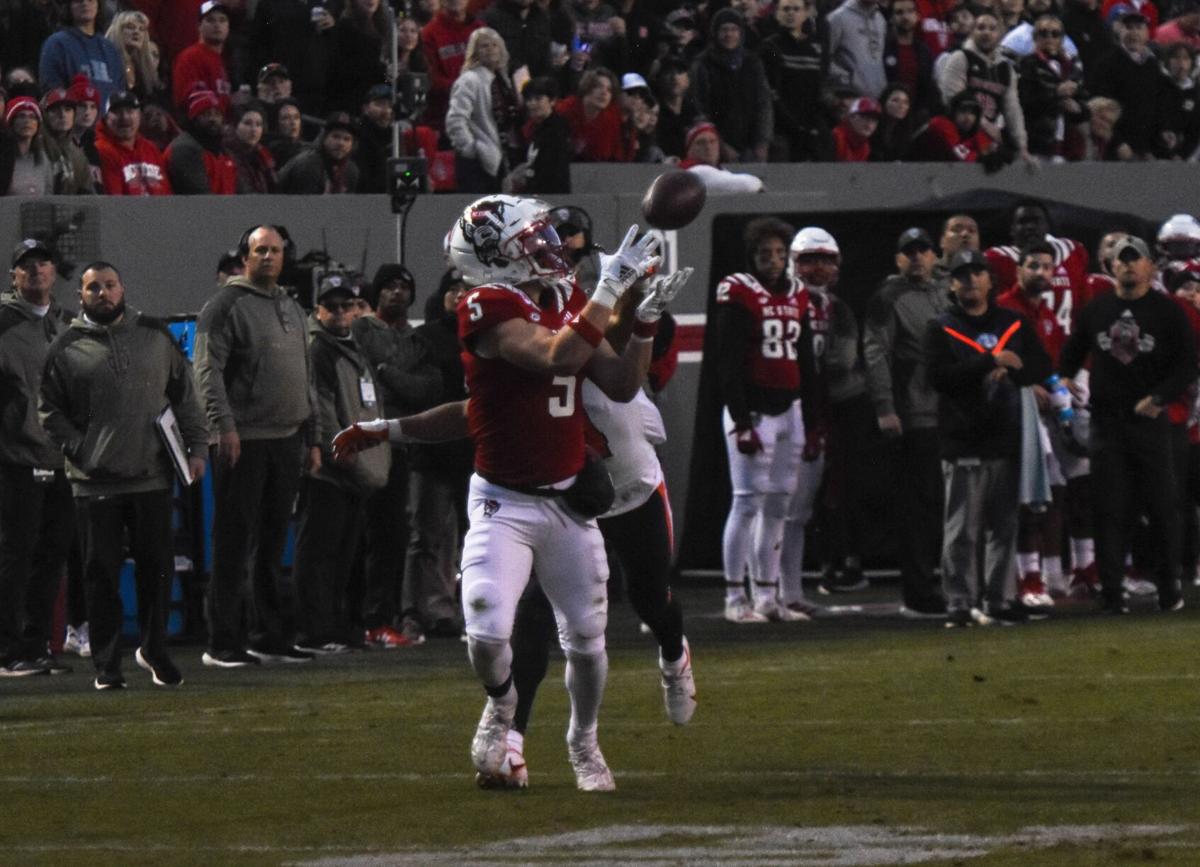 Brotherhood is a popular term for teams to use when describing their chemistry, but for redshirt junior slot receiver Thayer Thomas and sophomore linebacker Drake Thomas, the term obviously means more. The Thomas brothers are one of just three pairs of siblings currently on NC State’s roster, but while they’re just one duo in a storied history of Wolfpack siblings, they rank among the best of them.

Drake, the highly touted recruit turned early contributor, has become the leader of this defense with injuries to his running mates in redshirt sophomore linebacker Payton Wilson and redshirt junior linebacker Isaiah Moore.

Thayer had a less-than-typical college journey, coming to NC State as a walk-on before earning a scholarship heading into his redshirt freshman season. The slot receiver brought a different aspect to NC State’s wide receiver room at 6-feet, 197 pounds versus the 6-foot-3, 212+ pound receivers starting on the outside, making a name for himself through dependable hands and some shifty play with his feet.

Both Drake and Thayer played integral roles in NC State’s return to the win column against the Syracuse Orange.

After a scoreless first quarter, NC State’s offense finally got going in the second via a pass from redshirt sophomore quarterback Devin Leary to Thayer on an out-and-up. Thomas had his man dead to rights, and despite a grab, made the catch for 49 yards and a huge momentum boost. On the next play, junior running back Ricky Person broke the deadlock with a 15-yard touchdown rush.

Just as Thayer sparked the offense, Drake Thomas sparked the defense on the ensuing possession. Playing underneath in coverage, Syracuse quarterback Garrett Schrader errantly threw a ball directly to him, and Drake made him pay, taking the ball and returning it 38 yards into the end zone to give NC State breathing room.

“It was definitely a momentum thing,” Drake said. “We needed to play on defense to get some points on the board. So it's definitely helpful and helped us gain some momentum.”

With that, NC State had a double-digit lead and it never looked back. Thayer Thomas wasn’t done yet, though. In the third quarter, the elder Thomas brother found points himself, taking a pop pass 8 yards around the edge of the defense and into the end zone.

In doing so, Drake and Thayer Thomas placed their names in the record books as the first brothers to score touchdowns in the same season since 1975.

#PackFact: Drake (INT return) and Thayer (reception) Thomas both had TDs today, they are the first pair of Pack brothers to both score a TD in the same season since Dave and Don Buckey in 1975.

“I think this is why we decided to do this, right?” Thayer said. “We decided to come play football here. I made my decision first and then obviously he wanted to join. That shows, maybe other brothers later down the line, stay home and play in your hometown. It’s a special moment.”

While their performances against Syracuse were noteworthy, it’s not the only reason they’ll be remembered for years to come. Thayer’s contributions in the slot and as a punt returner won’t go overlooked, and neither will his work ethic. Neither Thomas brother is very vocal, but Thayer seems to have grown into a leadership role as an older member of the wide receiver corps.

Drake isn’t too bad himself, either. With eight tackles, two sacks and that pick-six against Syracuse, he solidified his candidacy for ACC Defensive Player of the Year. Coming into this game, he ranked No. 4 in tackles, No. 12 in TFLs and had the third-most interceptions in the conference, all figures which should improve come Sunday. With one final, huge game against UNC, Thomas has yet another opportunity to prove himself to be one of the top players in the ACC.

“Just thinking about where me and my older brother have came from, all the way up, and this is a dream come true,” Drake said. “To be able to make plays like that on a great stage is a great feeling.”

The Thomas brothers’ story is far from over, with a lot of football yet to be played to round out both the 2021 season and the remainder of their careers. Drake and Thayer will continue to be driving cogs in NC State’s success, and even when they’re gone, history would predict that current NC State commit Lex Thomas will make some noise of his own. It’ll take a lot to go down as the best group of brothers to come through the Murphy Center, but the Thomas brothers are well on their way and they know the greatness that’s preceded them.

“I don't know,” said Drake when asked if he and Thayer were the best sibling tandem of all time at NC State. “I gotta look at — I don’t really know all the brothers necessarily, [but] I know the Holt brothers were pretty good, so.”

I'm Jaylan Harrington, Editor-in-Chief at Technician. I'm in NC State's class of 2022 majoring in communication. I've been at Technician since the fall of 2018. For more of my coverage, you can follow me @jaylan__1 on Twitter.