Anae is a very progressive offensive mind with a knack for developing quarterbacks. Some QBs Anae has developed include Super Bowl-winner Nick Foles and now-senior transfer Brennan Armstrong. Under Anae, Armstrong broke single-season UVA records for touchdown passes at 31, passing yards at 4,449 and total offense at 4,700 yards.

Hopefully Anae can bring some variety and excitement to the Wolfpack offense as the past year was dreadful. Under former offensive coordinator Tim Beck, the offensive unit ranked 94th in the country in points per game and 116th in yards per play. Looking at the big picture, there are only 131 FBS teams, making these statistics hard to look at if you're a Wolfpack fan.

Beck's main criticism is he was too conservative. Wolfpack fans are used to this conservative play calling with Dave Doeren as the head coach, but this year, it was especially noticeable. This conservative approach appears on the scoreboard and the stat sheet as Pro Football Focus (PFF) graded the NC State offense as 91st in the country.

Beck was extremely conservative because his offense was centered around quarterback Devin Leary, and when Leary went down, he had no solution. With Anae at the helm, there should be a solution and significant changes in this stagnant offense.

Some changes to expect from Anae include a real run game that’s not predicated on screens, an increase in quarterback development and a shift from the traditional NFL-style offense to a more spread-based team.

The first problem Anae will have to address is the run game, which must be on point for a spread offense to be successful. This is seen around the country with lethal passing-attack teams like Tennessee, Ohio State and USC. These teams’ rushing attack is undervalued, but it opens up the offense and allows playmakers to get in space as the defense is trying to stop the run. All of these teams rank in the top-20 in the PFF Grade for rushing.

Anae also brings young and energetic position coaches such as O-line coach Garett Tujague, who brings a wealth of experience having coached under Anae for a decade at BYU and Virginia. He crafts and develops offensive linemen to be more than just maulers but machines able to be shifty, fast and pass block at the highest level. A notable offensive lineman developed under Tujague is Remington trophy winner Olusegun Oluwatimi. Crafting elite offensive linemen can help the NC State rushing attack in 2023 and, hopefully, in the implementation of Anae's spread offense.

The NC State fan base is notoriously reactive; sometimes it's a blessing, but most times, it’s a curse. Something the fanbase negatively reacted to this year was Beck's use of screen passes.

The WR screens Beck ran were generating negative expected points added (epa) per pass. These screen passes to wide receivers and running backs are based on how well the blockers do their job. When a wide receiver tries to block a linebacker, the defenseman wins 90% of the time.

This is unacceptable in the modern game, where a solid first-down play can dictate a drive. Without these screens, there will be room in the playbook for more creative plays with higher success rates. 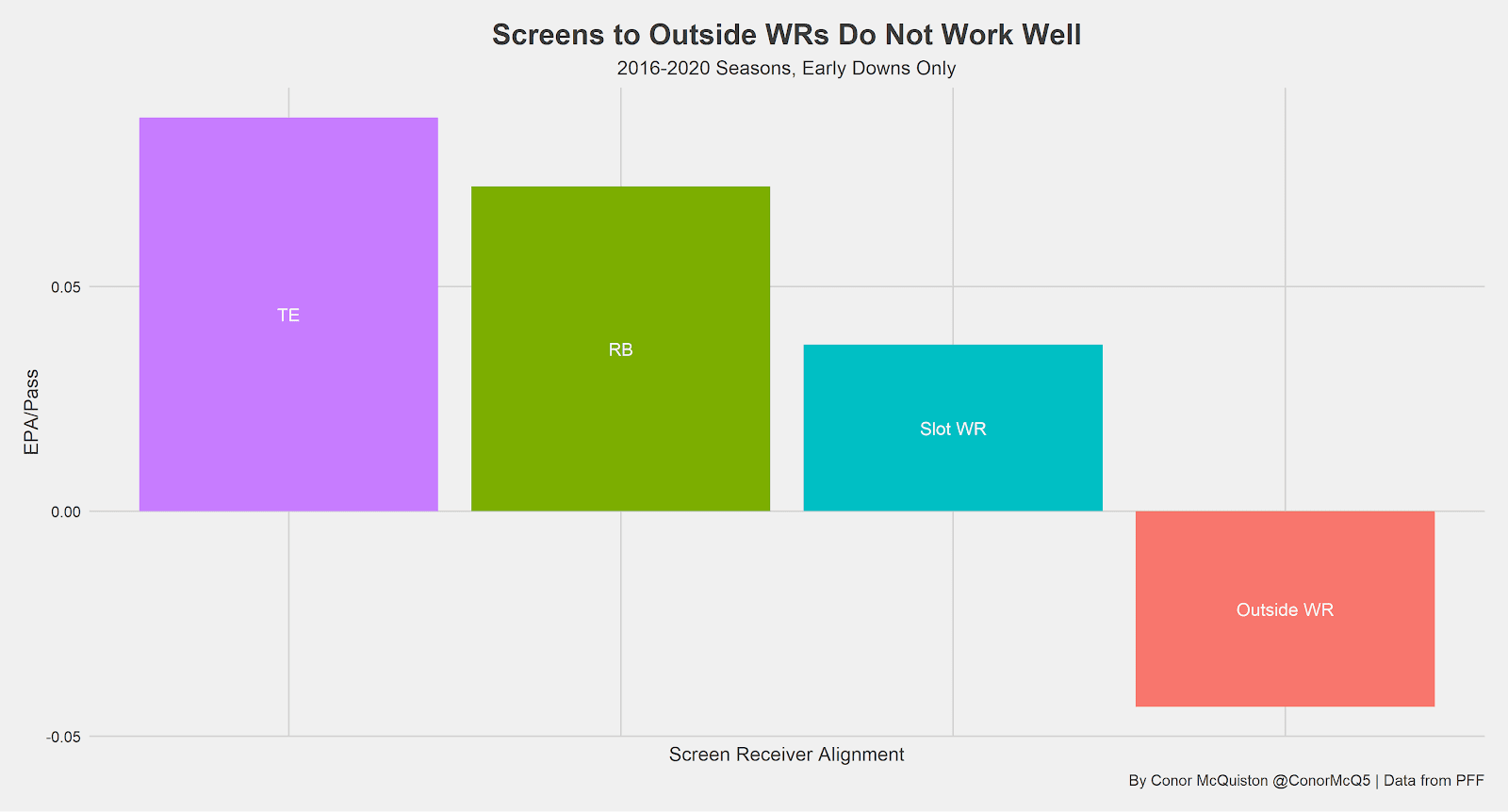 Aside from improving the Wolfpack rushing attack, Anae is primed to take over a loaded quarterback room. With the addition of Armstrong from Virginia and sophomore MJ Morris, Anae should be able to start developing as soon as he gets to campus.

Armstrong’s addition is huge for Morris' development as it allows him to sit for a year and learn a complex offense. Anae has a proven track record of developing mobile quarterbacks, from turning Syracuse’s Garret Shrader into a top-five ACC QB last year to turning Armstrong into a record-breaking machine at UVA. Anae continues to be one of the best quarterback developers in college football today.

In addition to the development of Morris, Anae bringing his former QB to Raleigh might be the most important thing he has done. Bringing Armstrong in is massive for the Pack in terms of the 2023 season as Armstrong, while playing in the Anae system, was a Heisman contender.

Armstrong brings a plethora of tools to the NC State offense. One is leadership as he is a three-time captain — an invaluable trait with so many seniors and upperclassmen leaving the program. Thayer Thomas, Devin Carter and Grant Gibson were all leaders in the locker room with Thomas and Gibson both being captains. Adding Armstrong could remedy the loss of leadership on the offensive side of the ball.

NC State has been referred to as “QBU” by some in the national media in recent years. This nickname stems from the development of elite quarterbacks such as Russell Wilson, Mike Glennon, Ryan Finley, Jacoby Brisset and, most famously, Philip Rivers. With Anae calling the plays and in control of the QB room, I am confident he will usher in the next era of elite quarterbacks at NC State and confirm the QBU nickname again.

A shift in offensive philosophy

Earlier in the article, I mentioned some alarming statistics, the most problematic being the Wolfpack offense ranking 91st in the country. Ultimately this is up to interpretation, but in modern college football, an NFL-style offense does not work at a non-elite level.

We see Georgia, Michigan and Clemson implementing it, but the players they can get relative to the players NC State can get pale in comparison to each other. To even have a chance against the "big dogs" and compete for titles, the Wolfpack with Anae needs to shift its offensive philosophy from more NFL-based to a spread offense.

This is why Anae was brought to the program. His prior success at UVA and Syracuse implementing a spread-based offense led him to be named the offensive coordinator at NC State heading into 2023.

With Anae calling plays and helping out on the recruiting trail, expect different results. Shifting from past recruiting cycles, the Pack had a knack for recruiting big, tall and bulky receivers who are often slower, but more physical — such as Carter or Kelvin Harmon. Anae should shift from recruiting the big bulky WR archetypes to more of the slim, fast and athletic wide receivers who can separate at the line of scrimmage, demanding double teams and zone defense to stop them. Examples of this include Tennessee’s Jalin Hyatt and USC’s Jordan Addison.

These faster, more athletic wide receivers could challenge top-tier teams in a different way, and the Wolfpack could finally get over the hump and challenge for ACC titles. Think of shifting to the spread offense as a way to improve the program in a modern way and compete for more than just 10 wins.