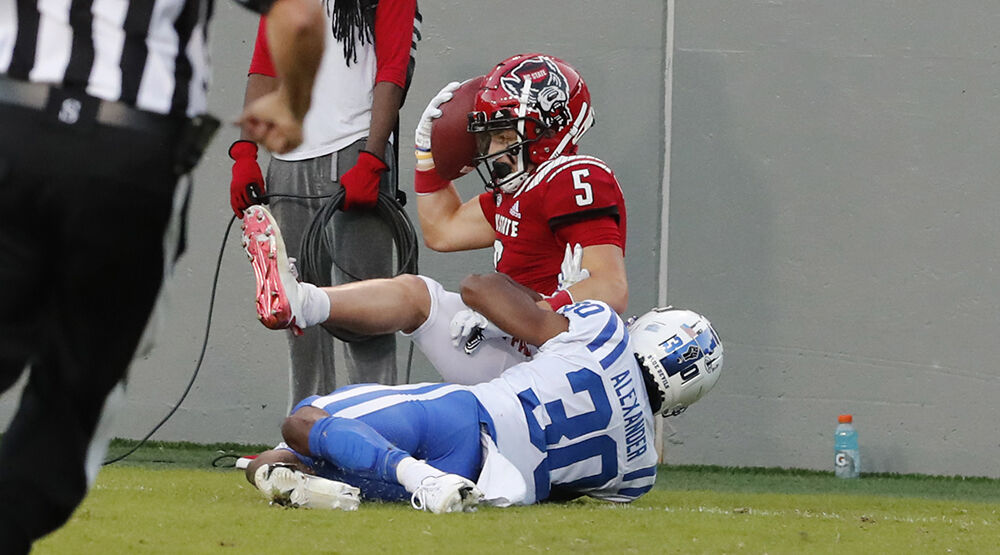 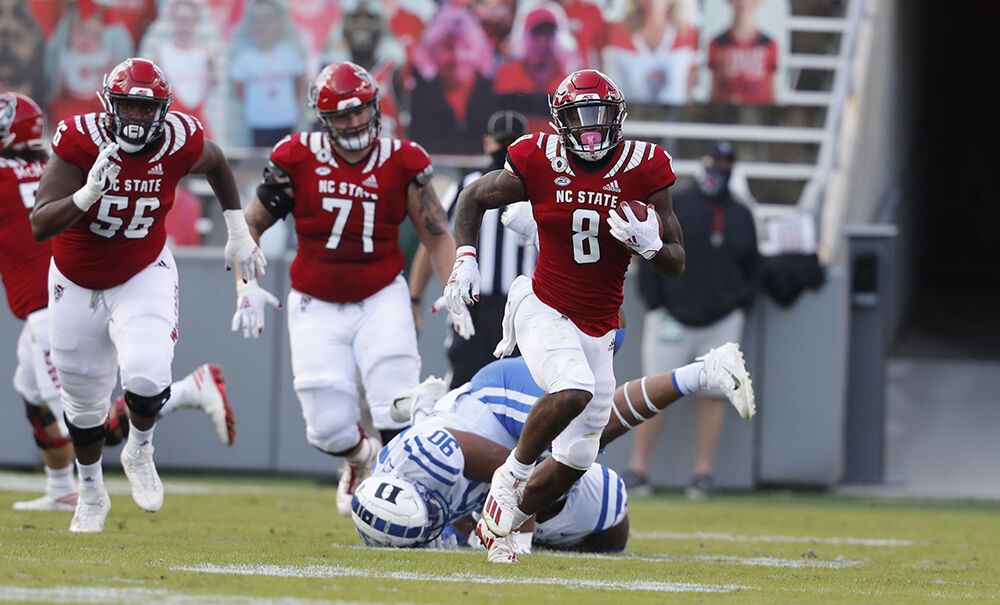 Saturday afternoon’s 31-20 win for NC State football over Duke wasn’t the cakewalk some Pack fans anticipated, as the Blue Devils got the lead early and held it for most of the game. But despite early mishaps and a crucial injury to redshirt sophomore quarterback Devin Leary, the Wolfpack not only came back to win, but came back with a vengeance.

Out of the gate, things weren’t going well for the Wolfpack. Redshirt junior punter Trent Gill lined up to kick after NC State’s first drive went nowhere, but the offensive line failed to stop the Duke pressure from getting to Gill, allowing the punt to get blocked, and letting the Blue Devils scoop the ball up and get into the end zone.

Down 7-0 early, the Wolfpack offense stalled yet again, this time after a fumble from sophomore running back Zonovan Knight. Then, after Leary threw an interception on a deep ball, Duke controlled the ball for the rest of the first quarter, ending its drive with a field goal.

Despite the turnover-packed action in the first quarter, NC State managed to get out of the opening period relatively unscathed. Moments into the second quarter, Duke was only up 10-0. Moreover, that lead was attained not by way of a potent Duke offense, but by taking advantage of Wolfpack mistakes. There weren’t many mistakes made by the Pack on its next drive, as it finally scored to make it a 10-7 game.

The NC State wide receivers in particular seemed to will their way towards the end zone on this drive, as senior receiver Emeka Emezie caught a pass that was knocked out of the hands of redshirt junior Thayer Thomas and redshirt sophomore receiver Devin Carter bobbled a catch that brought NC State to the doorstep.

But just when it seemed like the NC State offense would get the ball back to take the lead, the defense wouldn’t get out of its own way. Penalties on the NC State defense kept the Duke offense on the field, and as a result, Duke quarterback Chase Brice methodically marched down the field to restore their 10-point lead.

That being said, Duke made a mistake of its own that the Wolfpack was able to exploit, allowing the Pack rush to block a punt and score a touchdown. While the Duke offense was able to get a field goal as time expired in the first half, a mere six-point deficit gave the Wolfpack a window of opportunity to pull away in the second half.

“We shot ourselves in the foot penalty-wise, in the first half,” Doeren said. “It wasn’t a real ra-ra talk in there. It was very matter-of-fact… ‘The difference is us beating us. If you guys would just play football and quit being idiots, we’re gonna win. And you gotta own it and be a man, and step up and start playing the way you’re coached.’ And they did.”

The third quarter played like the first quarter for the most part, as both teams struggled to put points on the board, with Leary fumbling to give the Blue Devils the lead and the Pack defense bailing out the offense with a goal-line stand.

After over 10 minutes of scoreless second half football, redshirt sophomore Payton Wilson quite literally took things into his own hands. Wilson’s second interception of Brice, the cherry on top of an afternoon in which he racked up 19 tackles, gave the Pack excellent field position, and the Pack offense made good use of it.

A 36-yard throw to Emezie, who finished with four catches and 87 yards, helped set up a touchdown to redshirt senior tight end Cary Angeline. With a little over a quarter to go, NC State got its first lead of the game.

Before the fourth quarter started, NC State would lose the quarterback that helped them get the lead. After sliding down awkwardly to avoid a hit, Leary seemed to twist his ankle. After not being able to get up, Leary had to be carted off the field. So in stepped redshirt junior quarterback Bailey Hockman, who previously played this season against Wake Forest and Virginia Tech, to relieve Leary, who completed 14 passes for 194 yards, a touchdown and an interception.

“[We] probably won’t have Devin for a while; I don’t know the exact injury,” Doeren said. “Once I know, probably Monday, I’ll be able to give you the specifics. But he’s a tough kid and [I] hate it for him. Just to get injured like that because I know just how much this game means to him, this team means to him.”

While Leary was on the sideline, the Pack offense still managed to extend the lead, though not because of excellent play from Hockman. A Hockman pass slipped through the hands of a Duke defender, and into the hand (not hands) of Thomas, who did his best David Tyree impression and kept his feet in the end zone. A potentially disastrous throw by Hockman ended up giving the Wolfpack a 28-20 lead.

However, the offense stalled once again, and Chase Brice and the Duke offense seemed to threaten the lead the Pack had just acquired, but as soon as Duke entered Wolfpack territory, sophomore linebacker Jaylon Scott picked off a Brice pass. It was the third time in this game NC State pulled out the takeaway bone against the floundering Duke offense, which was starting to show its true colors, as it had come into the game leading the FBS in turnovers with 19.

This time, the Wolfpack was able to move the ball down the field, allowing junior kicker Chris Dunn to knock through a field goal from 39 yards out. Duke entered its two-minute offense shortly thereafter, but missed a field goal from 45 yards away to seal the 31-20 victory for NC State.

“We have experience in how to win games and how to lose games,” Thomas said. “This team is so close because we’ve gone through so much adversity together. People saying we’re not going to win any ACC games this year. They did a little talk show on if we were going to win an ACC game, so that definitely fuels us and we have a chip on our shoulder every time we go out there.”

On the other side of a struggling offense, NC State's defense came up huge, especially the linebacking corps that combined for 42 tackles, 3.5 tackles for loss and three interceptions.

NC State baseball takes down No. 16 Pitt 3-2 in series opener