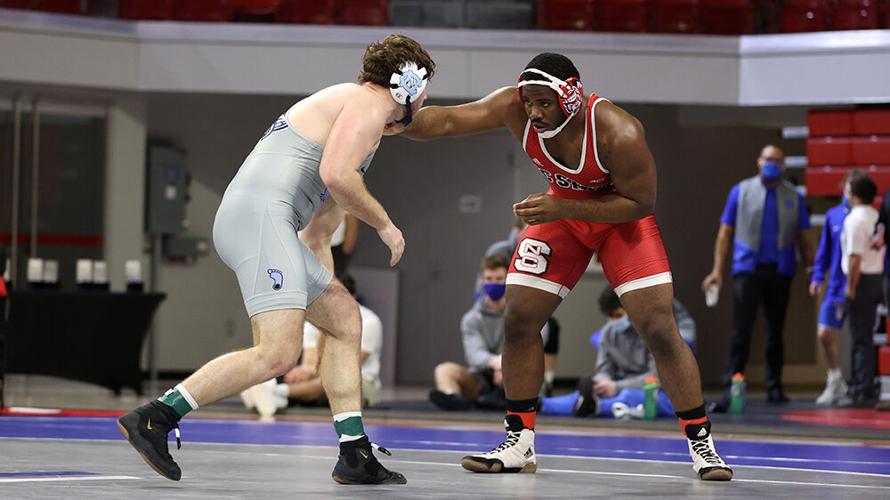 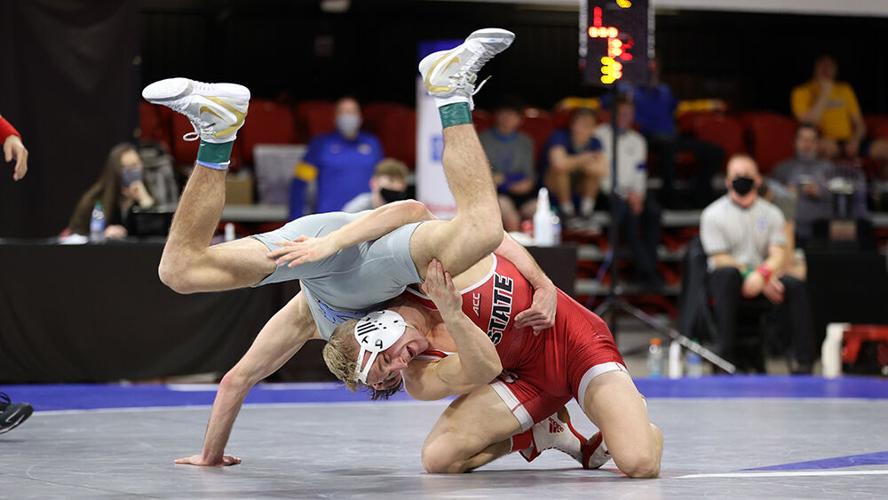 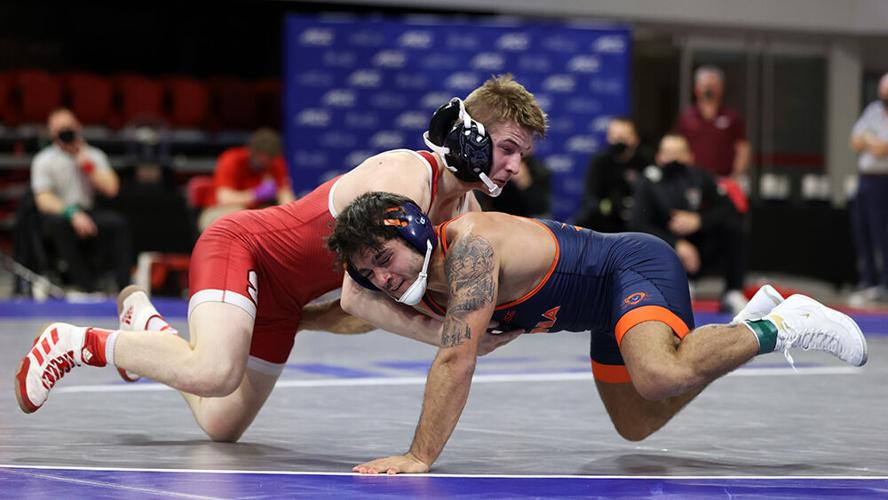 No. 7 NC State wrestling dominated the ACC Championship Sunday, Feb. 28, winning half of the individual championships and blowing out the other teams en route to a third straight title. With this championship, NC State has more wrestling championships than any other active ACC program.

“I think that’s a reflection of the guys that we have within our program, our coaching staff, who work around the clock, it’s rewarding for all these guys,” said head coach Pat Popolizio. “Because I know what goes into their training, and lifestyle that they have to live, and the support that we’re getting here at NC State right now. It puts us one step closer to the ultimate goal, winning a national title…To get three wins in a row in a conference like this is not an easy task.”

While NC State won five of the six finals it sent wrestlers to, most of them weren’t easily taken. Four NC State wrestlers went to overtime, with three of them eventually winning.

Top-seeded No. 8 redshirt senior Tariq Wilson took on UNC’s No. 9 Zach Sherman at 141 pounds for NC State’s first final. In their dual matchup, things were close, but Tariq Wilson dominated Sherman via flurry in the second period which consisted of an escape, takedown and two two-point near falls. The 10-1 major decision gave Tariq Wilson his first ACC crown after two straight second-place finishes in the past two years.

At 157 pounds, top-seeded No. 2 redshirt senior Hayden Hidlay put his perfect conference record on the line against Virginia’s No. 16 Justin McCoy. Hayden Hidlay defeated him by decision during the dual season, but was much more dominant in this bout, taking him down at will en route to a 12-3 major decision. Hayden Hidlay has had as perfect a career as one can have with four ACC championships, now his eyes are on an NCAA title.

“I’m wrestling a tough guy who had given me a tough match in the dual meet, and I took that a little personally,” Hayden Hidlay said. “I just wanted to really put on a good performance and I felt like I was firing on all cylinders. So yeah, it felt great.”

Looking for his first ACC title at 174 pounds, top-seeded No. 8 redshirt senior Daniel Bullard took on UNC’s No. 14 Clay Lautt. Daniel Bullard was in a 2-1 hole heading into the final period, but tied things up with an escape before working for a takedown in sudden-death overtime.

What a scramble for @Dbull174 to bring home his first ACC Championship! 🐺🤼‍♂️🥇#PackMentality // #DoubleDown pic.twitter.com/yu6fld996D

To no one’s surprise, No. 3 redshirt sophomore Trent Hidlay and No. 1 Hunter Bolen were the last men standing at 184 pounds. Trent Hidlay came into this bout having lost to Bolen three times — and having never taken him down — and he finally got the monkey off his back. Trent Hidlay took it to overtime, and just like Daniel Bullard, got the takedown to knock off Bolen and become the ACC champion.

“I wanted to finish it on our feet,” Trent Hidlay said. “I didn’t want to see it go down to the mat and risk giving up a ride out or anything. I felt good on my feet, I felt like I was going to cash in at some point during the match, and I think just being able to push the pace a bit more in this match and looking for my opportunities on re-attacks, when one finally opened up I was able to capitalize.”

At heavyweight and in just his second ACC final, top-seeded No. 13 junior Deonte Wilson took on three-seeded Hunter Catka from Virginia Tech. In a low scoring bout, Deonte Wilson and Catka went to overtime and neither could score during the sudden-death period, so things went to two 30-second periods. Deonte Wilson escaped in the first, then rode Catka out to become the ACC champion at 285 pounds.

Finishing things up at 125 pounds, No. 5 redshirt sophomore Jakob Camacho drew No. 3 Sam Latona in a rematch of the bout that snapped NC State’s nation-leading dual win streak. They, too, ended up going to overtime after a low-scoring regulation. No one scored during the sudden-death period, so things went to two 30-second periods. Latona got the escape in the first, then rode Camacho out to take the decision.

Looking at NC State’s non-finalists, at 165 pounds, fifth-seeded No. 19 redshirt senior Thomas Bullard lost in his opening bout to UNC’s Kennedy Monday, but Thomas Bullard saw him again in the consolation bracket, defeating Monday 6-4 to take third place and clinch an NCAA berth.

Three Pack wrestlers finished at fourth, the lowest result for any NC State athlete. No. 10 redshirt sophomore Jarrett Trombley, freshman Ed Scott and Nick Reenan all fell in the consolation bracket, and while Trombley’s finish was enough to clinch an automatic NCAA berth, Scott and Reenan will vie for an at-large bid.

Attention now turns to the NCAA Championships, where a handful of NC State wrestlers have legitimate title hopes. After the NCAAs were canceled last year, some members of the team will be in national postseason play for the first time.

“I want to win… I’m feeling really good and confident going into the NCAA tournament,” Trent Hidlay said. “The goal is to win, the team wants to win, so [we need to] get there and put up a lot of points.”

From team and individual national championships, to wild finishes, upsets and more, 2021 was a memorable year and over the next three days, the Technician Sports Editors will be breaking down our top 20 NC State moments of 2021.

I'm Jaylan Harrington, Editor-in-Chief at Technician. I'm in NC State's class of 2022 majoring in communication. I've been at Technician since the fall of 2018. For more of my coverage, you can follow me @jaylan__1 on Twitter.