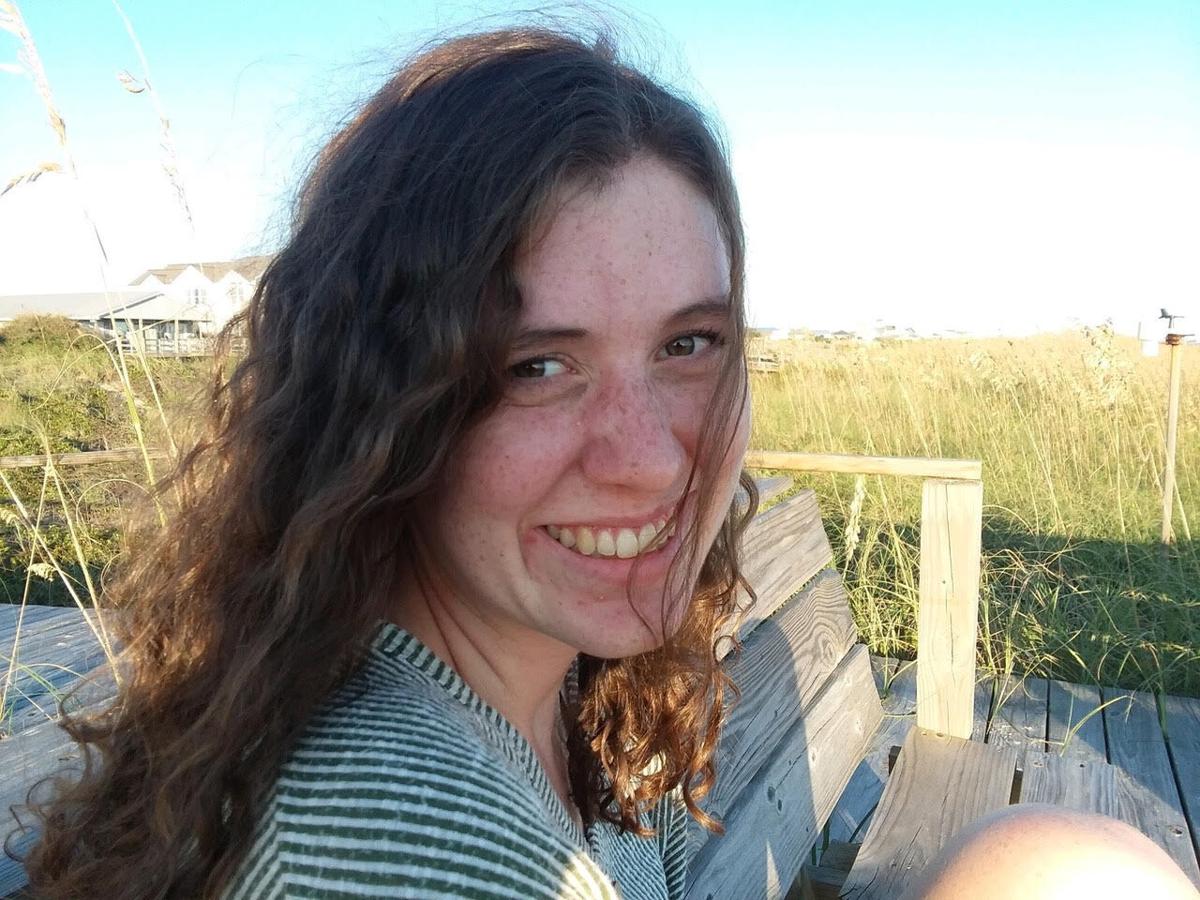 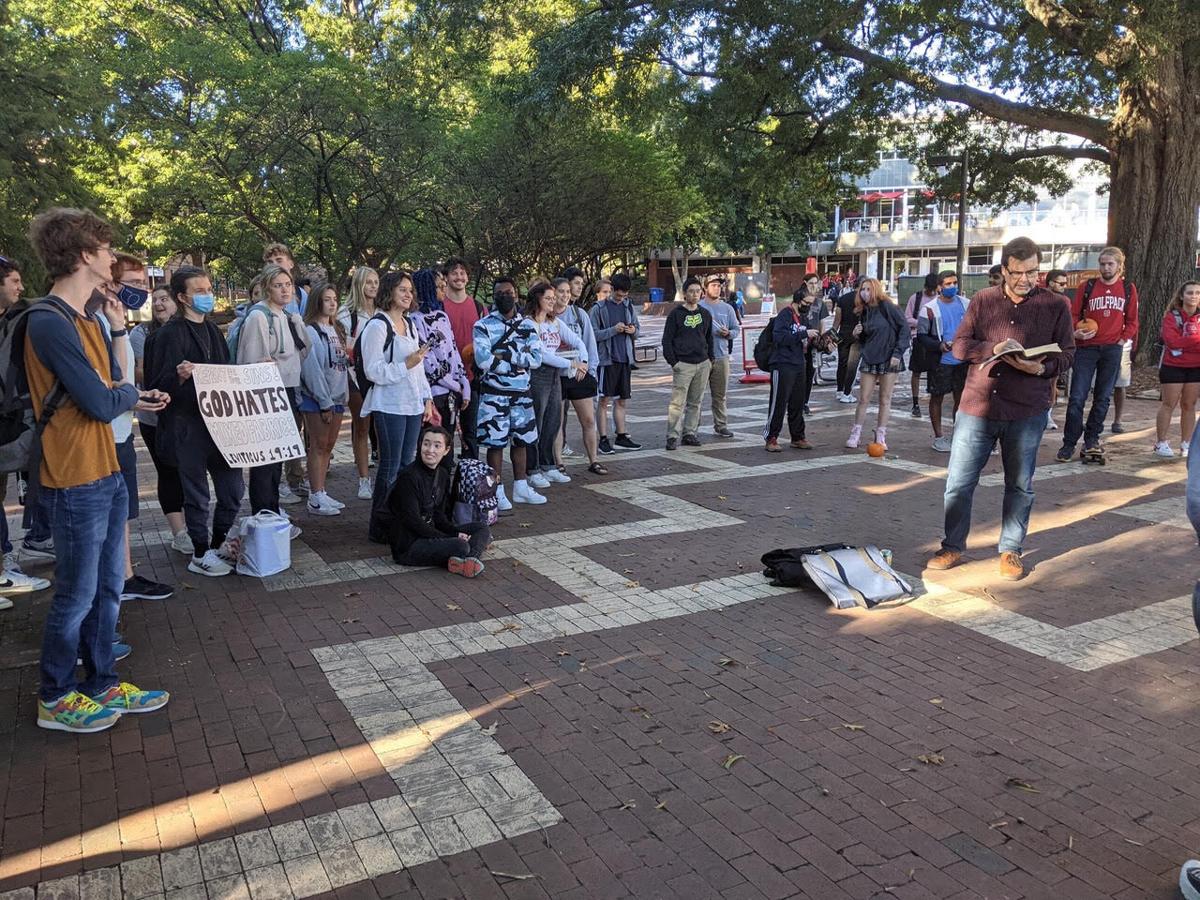 Students argue with travelling preacher Tom Short in the Brickyard.

America is a highly polarized country, with differences between liberals and conservatives being greater than ever. However, the current political and religious polarization throughout the country couldn’t have been demonstrated better than when Tom Short, a traveling campus preacher, arrived at NC State’s Brickyard the week of Oct. 25. Characters on each side argued and mocked. The experience disappointed me, as I had hoped for civil discussion from everyone. Obviously, not all involved acted outlandishly, so I want to commend those of you who argued civilly and those of you who just walked away.

First, to acknowledge my biases, I consider myself a liberal, and I am also a Christian. After speaking privately with the campus preacher and several of the students in the discussion, I learned all parties agreed the divide between conservative and liberal Americans had only grown in the wake of COVID-19. However, each person blamed the opposite viewpoint and were not willing to budge on their own views, as that would be against their beliefs. Not only did each not want to budge on their ideas, they also felt confirmed they were correct because of the perceived foolishness displayed by the other side.

Some students reacted with mockery, blowing nicotine vapor in the preacher’s face and riding circles around him on bike or skateboard. Those on the side of the preacher threatened to kick a girl off of her bike. These actions only alienated each side from the other more than they had in the first place. Now, the evil other side looked more and more like a clown, only confirming their previous biases that they were sane and the opposite, extreme.

When attending any university, you will meet people with different views. It is important to draw the line when a belief may be harming someone, but it is also important to engage in discussion with people who have opposing views so that we do not live in ignorance. Therefore, I come to you, students of NC State, to ask how we come together. How do we respect the diverse views of our fellow colleagues, professors and students, even when we may disagree with them?

I hope future NC State students will find campus spaces inclusive, where engaging and meaningful discussions on harder topics such as politics and religion will be possible. As students at a respected university, it's embarrassing that we're unable to have civil conversations and acknowledge differing perspectives while still respectfully disagreeing. It's embarrassing that people on both sides resort to yelling and rude behavior, instead of engaging in productive and meaningful conversation and debate. The purpose of higher education is to achieve personal intellectual growth, but nobody can achieve this by being closed-minded to new perspectives.

It is our responsibility as students of the biggest university in North Carolina to use our education and our skills to promote an atmosphere of learning and conversation. In real life, one will never be able to get everyone to agree with them. Disagreement and opposing opinions are important steps in the learning process, and honest, respectful conversations with others is how we will be able to separate fact from fiction and prevent the spread of misinformation.

Although several previous Technician articles have criticized — with reason — the aggressive nature of campus preachers and on-campus ministries, I want to argue that these events can be used to promote togetherness. Discussion of tough issues, along the lines of morality, sex, identity and religion, happens primarily online, frequently behind the protection of anonymity. These important topics also need to be worked through in person, so that we can learn to love one another and appreciate our differences. So, let us be slow to anger, slow to speak and quick to listen.