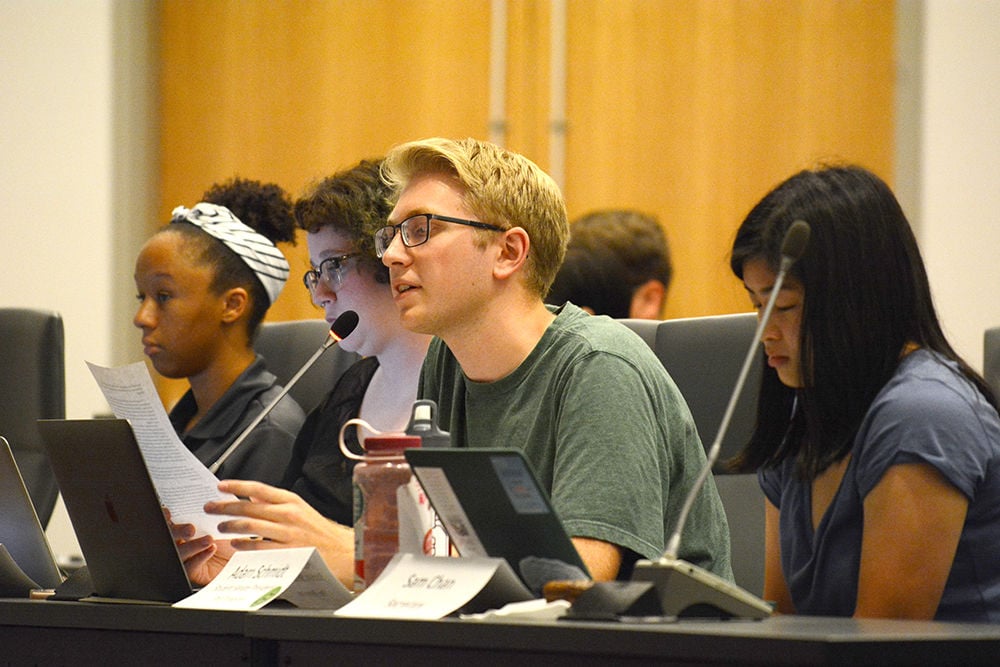 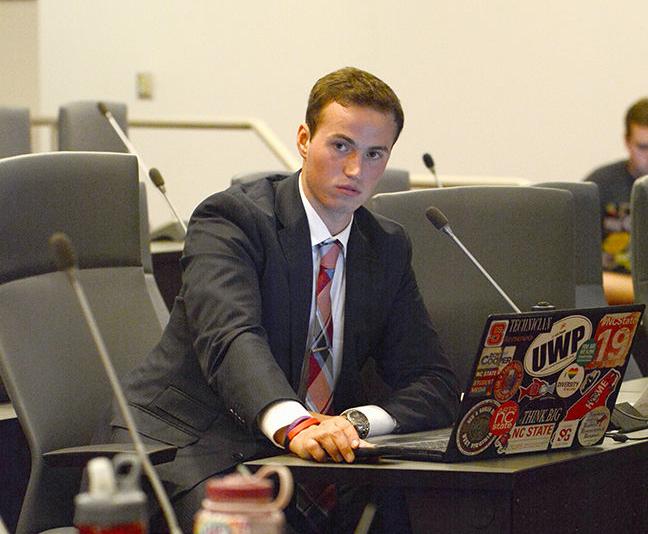 On Tuesday night, the committee on Government Relations and Oversight (GRO) found that probable cause exists to move forward with the evidentiary hearings on charges directed toward Student Body Treasurer John Taylor Willis made by five student senators who signed a resolution to impeach Willis.

The punitive action of impeachment was changed by the committee to censure, which is defined as a strong formal reprimand. The committee also voted to drop the charge of abuse of power, leaving neglect of duty as the remaining charge.

After initial statements were made and clarifying questions were asked by members of GRO and of Student Senate during open session, Technician was told it was not allowed to remain in the room during the closed session of deliberation and voting of the committee, and was removed from the hearing.

By the accounts of student senators not in the GRO committee, who were permitted to remain in the room during deliberations, the decision to change the punishment to censure was made in large part due to the fact that impeachment seemed to the committee an excessive punishment in responding to the charge of neglect of duty.

Also by the accounts of student senators sitting in on the deliberations, the committee decided that there was not sufficient evidence to suggest that the charge of abuse of power could be substantiated.

Assistant vice chancellor and Student Government Treasury Department adviser Justine Hollingshead strongly suggested to the committee during the closed session to drop the charge of abuse of power, according to one senator.

During the open hearing, Hollingshead characterized the matter of members of Student Government feeling “unsafe and uncomfortable working in the Student Government Suite” with Willis — phrasing used by Schmidt in a statement to Technician — as one that should be litigated by Student Conduct rather than by Student Senate.

Sponsors were brought into the closed session to be asked about the specifics of what they believed warranted the charge of abuse of power. According to the student senators present in the closed session, the sponsors referred to actions leading to Student Government officials’ feelings of being “unsafe and uncomfortable” working with Willis as the actions that qualified as abuse of power.

Multiple times throughout the hearing, sponsors of the bill declined to provide specific names of members of Student Government who were made to feel unsafe or uncomfortable by Willis’ behaviors. The sponsors, and later Hollingshead, cited confidentiality in matters of student conduct as the reason they could not share specific information on the matter.

During time for committee questioning, Bartolome Cisneros, a second-year senator representing the College of Agriculture and Life Sciences, asked for Willis’ thoughts on the matter of having a resolution to impeach him filed.

Willis said the sponsors of the bill to impeach him made “statements meant to trash my reputation” and that they wanted to “intimidate and harass me and get me out of Student Government.” Willis also said that one of the sponsors “agreed to sign onto the bill last-minute because she loves drama.”

James Withrow, a GRO committee member and graduate student studying entomology, asked the five sponsors during open session, before the decision was made by the committee to lessen the punishment to censure, whether they expected to proceed with impeachment as opposed to censure or a lesser punishment.

Senators Gabrielle Dauntain, Rebecca Locklin, Kate Puricz and Samantha Chan all said they expected to move forward with impeachment, given the context of the evidence with which they said they were presented in preparing their case against Willis.

Hollingshead says that the meeting moving into closed session was allowed due to the rights of the committee chair to entertain such a motion, and also due to precedence.

“It’s a precedent that has been set by this body,” Hollingshead said. “And it also is permissible to go into executive session, which would be closed-door, for the committee to deliberate.”

Per NC State Student Government statutes, “All meetings of public bodies shall be open to all North Carolina State University Students, except as the closing of meetings is permitted by the General Statutes of North Carolina. Permissible reasons under state law include: (a) To prevent the disclosure of information that is privileged or confidential according to federal, state, or local law; (b) To prevent premature disclosure of awards; (c) To preserve the attorney client privilege; (d) To consider the appointment or removal of an individual to or from a non-public body; (e) As otherwise provided for by the Student Body Statutes.”

When Dunn was asked to clarify the legal reasoning for removal, he directed the question to Hollingshead, who did not provide any.

“You have already made a motion and voted on that,” Hollingshead said to Ryan Dunn, chair of GRO, referring to the decision to move into closed deliberation. “You, as the chair, are able to accept that for deliberation and closed-door session of an executive session of this committee. That is your choice as a committee.”

On Aug. 28, five student senators filed a bill of impeachment against Student Body Treasurer John Taylor Willis on grounds of abuse of power a…

During the Government Relations and Oversight committee meeting (GRO) on Tuesday, reporters from Technician were removed during closed deliberation and voting on whether probable cause existed to continue investigating into the punitive charges against Student Body Treasurer John Taylor Willis.