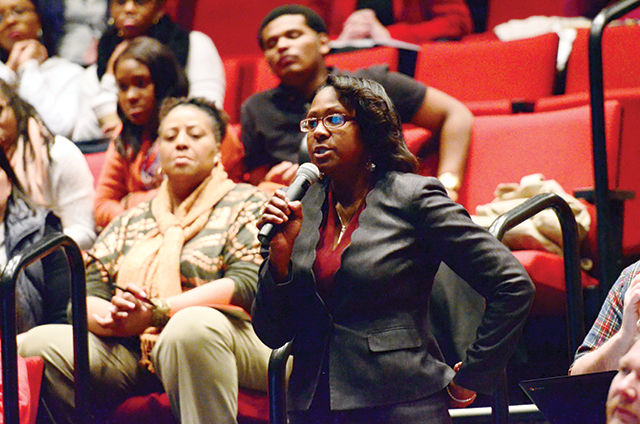 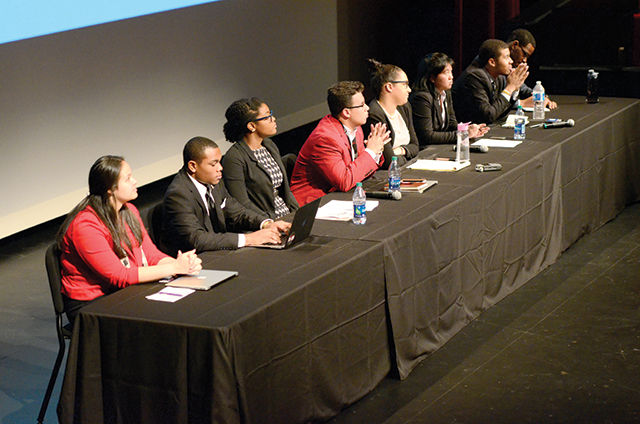 “I can honestly say that I am no more proud of the student leadership at NC State in my three years than I am today,” said Mike Mullen, vice chancellor and dean of Academic and Student Affairs. “We obviously have a lot of work to do … and this is a very, very strong start for this campus.”

Student Body President Khari Cyrus expressed that this was not a reaction to events taking place across the nation, but specific problems on NC State’s campus.

The panel organizations started developing these initiatives before winter break, with a goal of addressing NC State’s progress towards a more inclusive campus. However, these action items were merely suggestions and participants could show their enthusiasm for the conversation using a QR code at the event.

Throughout the event, posts from Yik Yak were displayed on a screen behind the panel. Many of the posts were composed of profane and racist comments.

Moriah Barrow, Student Government diversity outreach coordinator, introduced the first action item which asked for the training of student leaders to help create a more inclusive environment. She said that with a campus as large as NC State’s, student leaders have the power to implement social change.

“At the bare minimum, all students on this campus should be on the same playing field, especially when it comes to feeling safe and welcome in a stressful and challenging environment such as a college campus,” Barrow said.

James Kiwanuka-Tondo, an associate communication professor, spoke out about discrimination in his own department and the faculty’s ability to benefit from these trainings as well.

“This is a very plausible and beneficial result because eventually it would impact every single student here at NC State long after I’m gone or anybody here on this panel is gone,” said Rodney Strickland, NASA president.

Kamrie Risku, UAB diversity activities board chair, introduced the third action item, which focused on developing a process to deal with instances of non-academic misconduct. She later stated that the action item was modeled after an existing system at UNC-Chapel Hill, which holds a court of diverse students who help facilitate a conversation between the student accused of non-academic misconduct and the person who reported it.

Director of Student Conduct Paul Cousins pointed out that this was no easy task and requires a great deal of effort from both students and faculty. He said more research is necessary in order for it to be successful.

The fourth action item was introduced by Nina Ondona, a representative of ASIA. It focused on better representing the Asian-American community at NC State.

“Asian-American students make up approximately 5 percent of the student population at NC State,” Ondona said. “This makes us the second largest racial minority group here, but the only one without an assistant director in Multicultural Student Affairs.”

Tracey Ray, assistant vice provost of academic affairs, took time to explain to the crowd that funds were stretched across the campus.

“The resources in Multicultural Student Affairs are very limited,” Ray said. “They’ve done work on a shoestring budget for a very long time.”

After all action items were presented, the floor was opened to any students or faculty that wanted to comment. Many students in the audience expressed their appreciation for the event taking place, but said they would rather see action.

“This is more of a goal and process, as opposed to an outcome,” said Dominique Foster, a graduate student studying higher education administration.

Who's Who at Student Media: Technician Managing Editor Tristan Tucker

Despite its flaws, ‘House of Gucci’ still an entertaining film experience