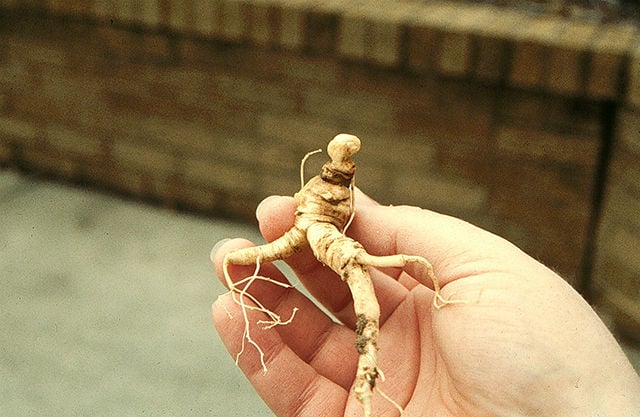 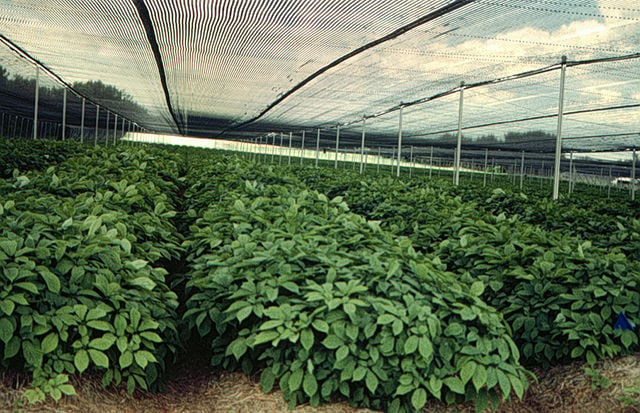 In the Great Smoky Mountains, ginseng plants are en route to being picked out of existence. Lingering in the woods, poachers are ripping roots for the booming market where ginseng can reach up to $500–$1,000 per pound.

The medicinal herb is primarily sold in Asia, where it has been historically used as an energy booster, aphrodisiac and health tonic. Although the native ginseng in Asia is a different species, the North American species is also valuable. The native plant has been harvested for several generations, including frontiersman Daniel Boone, who was known to export ginseng to Hong Kong.

With the high value of the plant, theft is a growing concern. TV programs such as “Appalachian Outlaws” and “Smoky Mountain Money” have also contributed to its surge in popularity. The shows have overdramatized the market, portraying it as an exciting and lucrative business venture.

While the season for harvesting wild ginseng only lasts from September through December, it requires years to grow to a harvestable size. According to Jeanine Davis, an NC State Research Extension Specialist focusing on medicinal herbs, any berries that contain the seeds on the plant must be planted back when the root is harvested in order to stabilize the populations.

Though wild ginseng is worth the most, it can also be raised intensively under artificial shade or in the woods under wild-simulated conditions.

“If you dig up a good-sized ginseng plant in the wild, it might be 20 years old,” Davis said. “But if I grow ginseng in raised beds under artificial shade, I can pull it off in 3–4 years. The roots might only sell for $65 a pound, but there could be 2,000 pounds to the acre.”

When grown in the woods under wild-simulated conditions, the popular method in the Asheville area, it takes longer and results in much lower yields, but the roots may be worth $200 or more per pound.

“You don’t fertilize or spray fungicides, just plant the seeds and basically let Mother Nature take her course,” Davis said. “Those roots can take a long time to grow, 10 years or longer.”

According to Davis, growers often obtain seeds to plant from various regions; therefore, some botanists are concerned that foreign germplasm is being introduced into the woods. For cultivation, companion species, soil chemistry and shade are just a few of the other environmental factors that come into play.

Another problem lies in the perception of poaching itself. When an intruder takes ginseng from someone’s area in a wild environment, it’s a propertied crime. Poaching is an issue for wild ginseng; theft is an issue for ginseng growers. According to Beyfuss, part of the problem in the ginseng industry is that one’s first inclination is to report to the Conservation Department after it has been stolen.

“If you’re growing ginseng that’s not wild ginseng, your first line of defense should be the police,” Beyfuss said. “Ginseng removal isn’t a victimless crime.”

Ginseng theft is difficult to regulate, although markers, electronic chips and ultraviolet dye tracers have been helpful in keeping track. According to Davis, ginseng is protected on a national, federal and state level to deter extinction. However, the amount in the wild is uncertain.

“There’s this mentality that anybody who spends all of their time in the woods is some sort of ignorant hillbilly, and that’s not necessarily true,” Beyfuss said. “People [who] have been harvesting ginseng for generations are probably taking good care of it. But nobody knows how much ginseng is truly out there.”

Moreover, the root of the problem lies in its glorification and exorbitant cost. If more people grew the herb, there would be less pressure on the wild populations. Down the line, Beyfuss’ goal is to introduce a wild-simulated ginseng identical to its wild counterpart.

“My mantra is conservation through cultivation,” Beyfuss said. “If we can grow enough ginseng that meets the demand for wild ginseng, then the monetary gain of venturing into national parks will be greatly reduced.”

Although Asia will remain the chief ginseng market, Asheville is home to many practicing herbalists. Regardless, one doesn’t have to voyage west to reap the benefits of the plant. Health food stores are known to carry the herb in teas, capsules, candies and energy drinks, according to Davis.

The good, bad and ugly of the Courage’s recent trade