You have permission to edit this article.
Edit
News
Sports
Culture
Opinion
Video
Galleries
Advertising
About
1 of 3 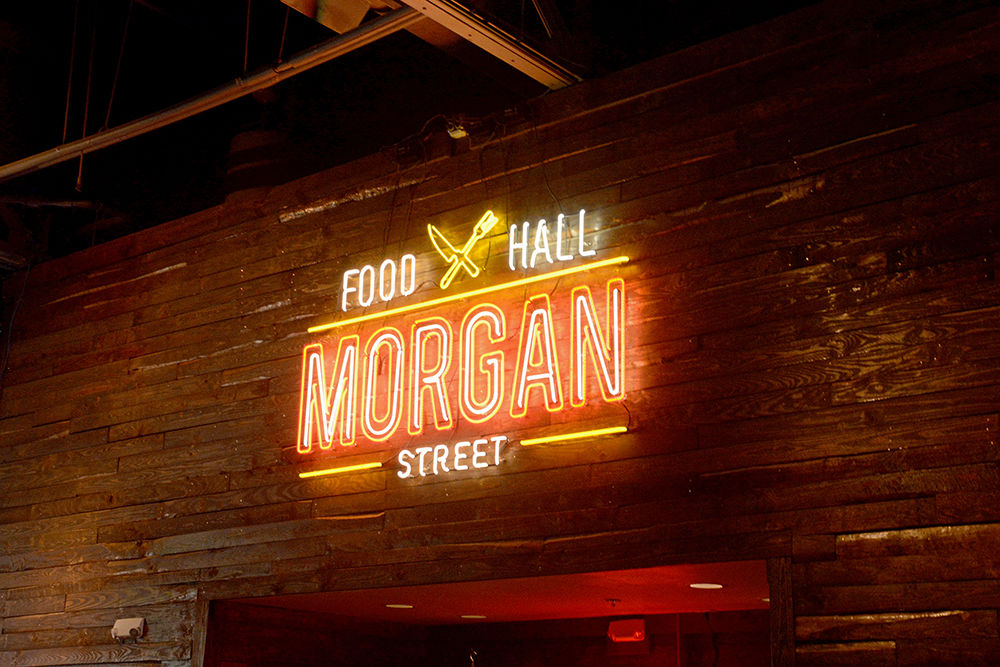 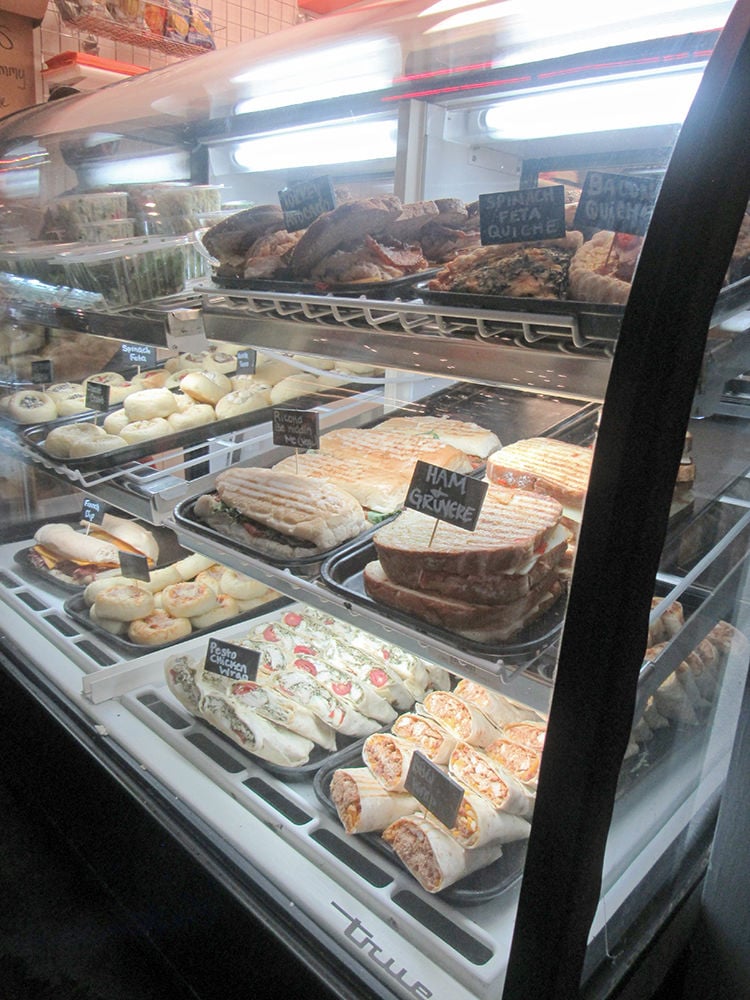 Food sits on display at Morgan Street Food Hall on Wednesday, Sept. 5. The public can visit this establishment, which opened this summer for a diverse spread of foods from local eateries and restaurants. 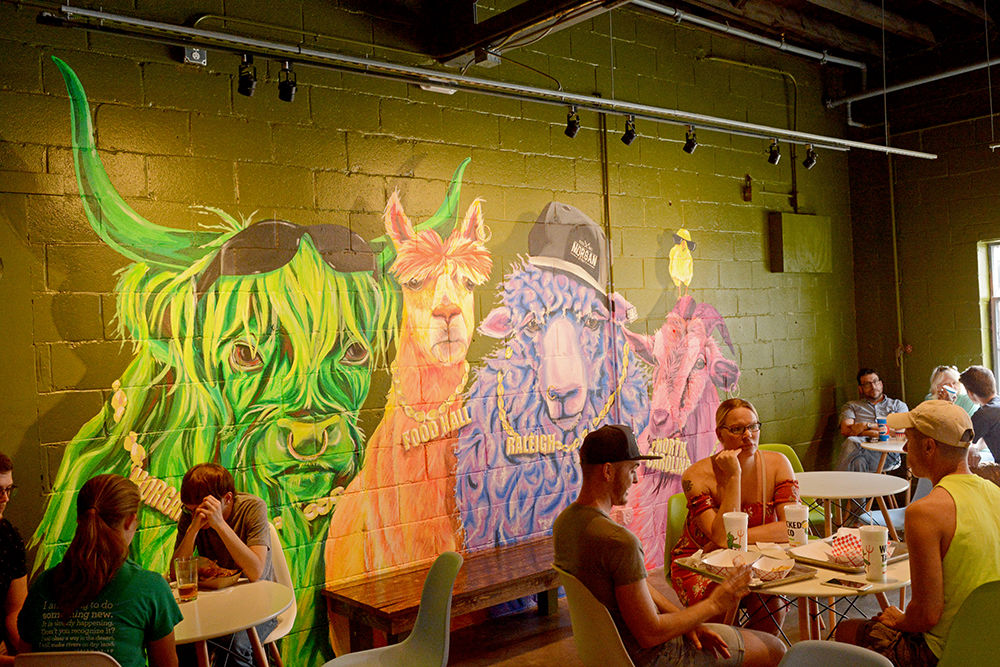 Food sits on display at Morgan Street Food Hall on Wednesday, Sept. 5. The public can visit this establishment, which opened this summer for a diverse spread of foods from local eateries and restaurants.

On Monday, Aug. 20, Morgan Street Food Hall officially opened its doors at 411 West Morgan Street in Raleigh. Located in the Warehouse District, the food hall houses 19 dining tenants and 15 retail vendors from around the Triangle. Offerings include everything from seafood to cheesecake, empanadas, candles and even a florist.

Food halls, which typically consist of a collection of food stalls and vendors under one roof, are popping up all over the country. A concept originating from Europe, this trendy dining experience is most comparable to a typical food court found in a mall, with a modern industrial design, a beer garden and the lack of the typical lineup of big-name mall shops being among the most conspicuous differences.

Niall Hanley, the owner and operator of Hibernian Hospitality Group, expressed that the new venue has received overwhelmingly positive feedback from the Raleigh community.

“People seem to absolutely love it,” Hanley said. “People love the food, they love the selection. They just seem to really enjoy the space.”

However, its focus on being a space for young or smaller vendors is what truly distinguishes Morgan Street Food Hall from other dining experiences. The hall is meant to function like a neighborhood, allowing vendors to collaborate and be creative rather than compete.

“When you talk about the shops that are in there and the restaurants, they’re all young, some of them are start-up businesses,” Hanley said. “For four of our operators, this is their first brick and mortar. They’re all food trucks, so we think of like to think of it as a great incubator for young restaurants that are just getting in the game that maybe don’t want to go to the expense of building a big restaurant themselves, so they come into the food hall and share front of house, bathrooms and all that stuff.”

Along with generally smaller vendors, Morgan Street is also committed to being a space for a diverse collection of local vendors to be able to serve their own community.

“It really showcases local food, local vendors, local retail, and shows it off in a great way,” Hanley said. “When you come in and buy something, you know that you’re buying from somebody who’s from the area and the money is going back into the area.”

A local food truck known for its fresh seafood, Oak City Fish & Chips is among the local vendors Morgan Street Food Hall offers. Isaac Horton, the owner of Oak City Fish & Chips, is a seventh-generation Raleigh native and had been keeping his eye out for the perfect opportunity to establish a presence in the downtown restaurant scene.

“I walked by the Citrix area and I saw the first day they put ‘For Lease’ sign up on the building,” Horton said. “I called and qualified a week later. I was the first person to sign a lease on a stall in the Morgan Street Food Hall in December of 2016.”

The Oak City Fish & Chips location at Morgan Street Food Hall is one of the restaurant’s first brick and mortar locations. Horton hopes to eventually grow his business into a franchise.

“It has been more than worth the wait,” Horton said. “We have had lines out the door, down the sidewalk our first few days for our seafood.”

Morgan Street Food Hall’s ultimate goal is to bring a community together in a contemporary, innovative space. A test kitchen is currently in the works, and they are looking into engaging with local artists that would be interested in displaying their work in the food hall and putting together gallery exhibits and shows.

“We want to become a hub of activity for the city,” Hanley said. “It’s about creating something that’s cool, that people like, and that is a bit of a hub for the Warehouse District.”