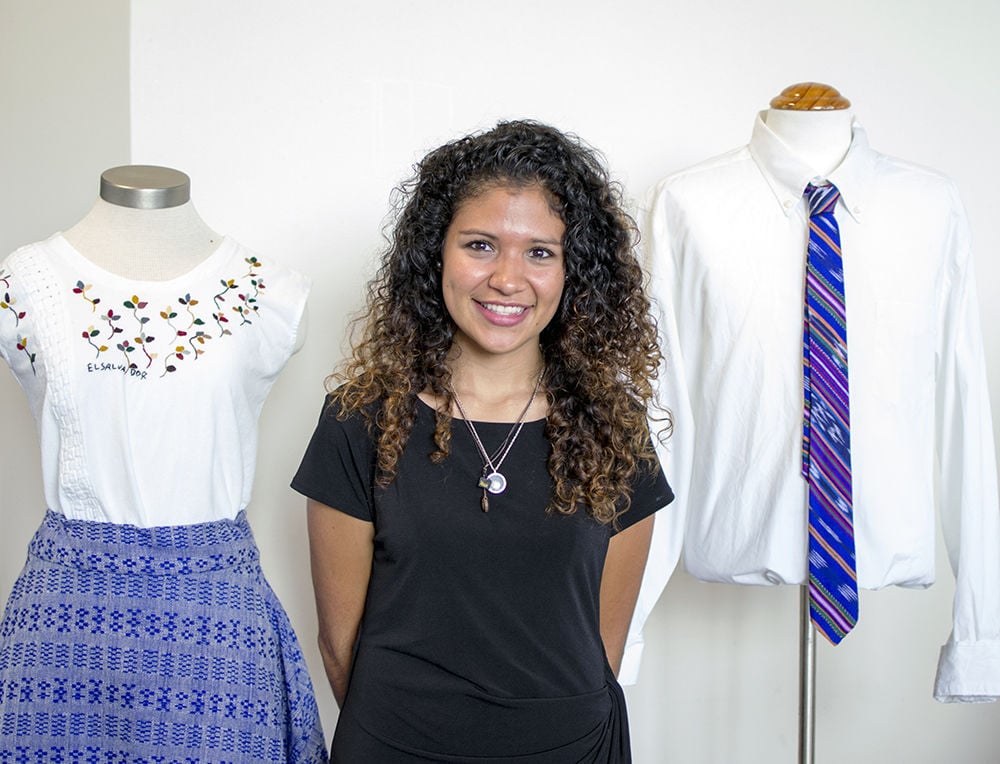 NC State alumnus Lisbeth Arias stands with her clothes at the entrance of the College of Textiles on Saturday. Arias is the founder and creative director of Descalza, a Latino-inspired fashion label. 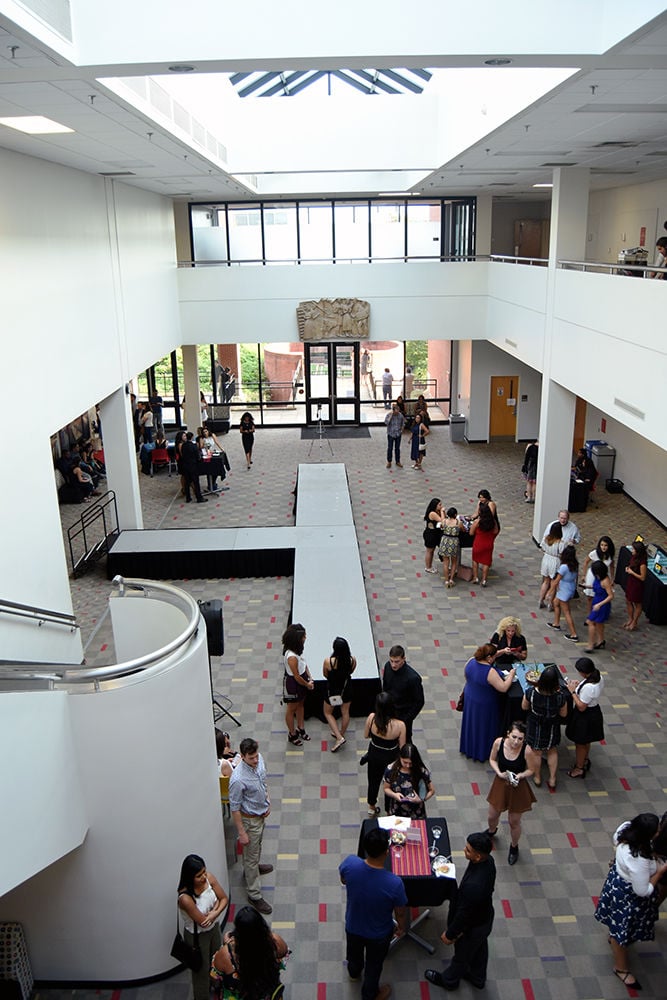 NC State alumnus Lisbeth Arias stands with her clothes at the entrance of the College of Textiles on Saturday. Arias is the founder and creative director of Descalza, a Latino-inspired fashion label.

Out of the NC State College of Textiles come young, eager minds ready to embark on the complex world of design and engineering, as is expected from students leaving NC State’s STEM field. Holding a dream and the will to attain it, NC State alumna Lisbeth Arias studied fashion and textile design and graduated in May 2015. Now, she has begun to launch her own handcrafted, Latino-inspired clothing line — Descalza — which fuses traditional Latin American textiles with modern fashion.

In bridging her Latino heritage and identity with her studies at NC State and passion for fashion design, Arias is telling her story through Descalza. Arias described the path she took to the work she does now.

“When you come in as a freshman, you have an idea of what you want to do, but you really don’t know how yet,” Arias said. “For me, I knew I wanted to do fashion design, only because I love sewing. I love the whole intimacy you have with the fabrics, but I didn’t know what do with that.”

Arias explained that the resources at the College of Textiles and the internships she had have shaped her future, particularly her internship in Guatemala.

“The internship in Guatemala really hit me because these fabrics were a reflection of who I am and because I felt connected with them, I started to learn more about these techniques, about the women that make them, and how they make them,” Arias said. “I knew from that experience that I wanted to do something with those textiles.”

Her motivation to create and develop Descalza came from the Latino student presence at NC State during her undergraduate years, during which she became president of Mi Familia, the Latinx student organization.

“Being here in North Carolina, it really impacted me when I came here and saw a lot of Latinos that had similar stories [...] they were making moves, breaking stereotypes and creating these new definitions for themselves and for their families,” Arias said. “I would see them when they would graduate. They would do something on their cap that would showcase where they were from and I thought, ‘you know, that’s interesting,’ because fashion is such an identity piece for lots of us. That’s why I started to think about creating some sort of clothing brand that would bring these textiles from home to my new home.”

The fabrics of the clothing line are sourced from artisans* in Latin America. One is in El Salvador, which is where Arias immigrated from to Sanford, North Carolina, at a young age. Currently, Descalza will be selling skirts and men’s ties which are assembled here in North Carolina.

“I wasn’t like those kids that already had a set job once they graduated,” Arias said. “I was kind of like, ‘what do I do with my life now?’ I always felt this gut feeling to do my own clothing brand, but I decided to take the advice that many had given me and go seek design experience, so I headed to New York City, and it was amazing. I loved it, I just felt like something was missing. I think what I got there was the validation that I needed to consider myself an authentic and true designer.”

After interning with Vera Wang in New York City, Arias returned home and received guidance from her past professors at the College of Textiles in beginning her clothing line and in developing prototypes, samples and the vision for her clothing.

Descalza will be funded via Kickstarter, https://www.kickstarter.com/projects/1838586196/descalza-latino--fashion, a crowdfunding site where the goal amount of $20,000 must be raised by Sept. 22. At this time, over a third of the funding has already been met.

Arias spoke of the courses and resources that benefited her during her studies and help her now.

“Taking my menswear class and my senior studio let me test the market and test what I envisioned this to be,” Arias said. “One class that I keep thinking about is my entrepreneurship class, which I should have paid more attention to because everything that was there I could be using right now. I just really enjoyed having that class and having speakers come in and talk about how and why they started a business. Sometimes I reflect back on those stories.”

Didier Turcios, a fourth-year studying statistics, is a friend of Arias who was in Mi Familia when she was president of the organization, and is proud of how far she has come.

“She’s going back to where she came from, and using fabrics from back home,” Turcios said. “She’s very prideful of where she comes from, and is embedding her roots in her business. She’s following her dream. I’m very proud of her and I’m very excited for her.”

“I would encourage students to really take all the opportunities here, and if there’s something that you want to do, find a way to make it happen,” Arias said. “For example, my internship in Guatemala didn’t exist, it was something I created because I wanted to work with them and learn more about them. Here you have such a huge facility [...] you have NC State that has lots of funds that will be given to people who are passionate and who are willing to put in the work.”

*Editor's note: This article originally described artisans in El Salvador as worker-owned. The description has been changed to artisans in Latin America for increased accuracy.

OPINION: Twilight deserves to have its moment again