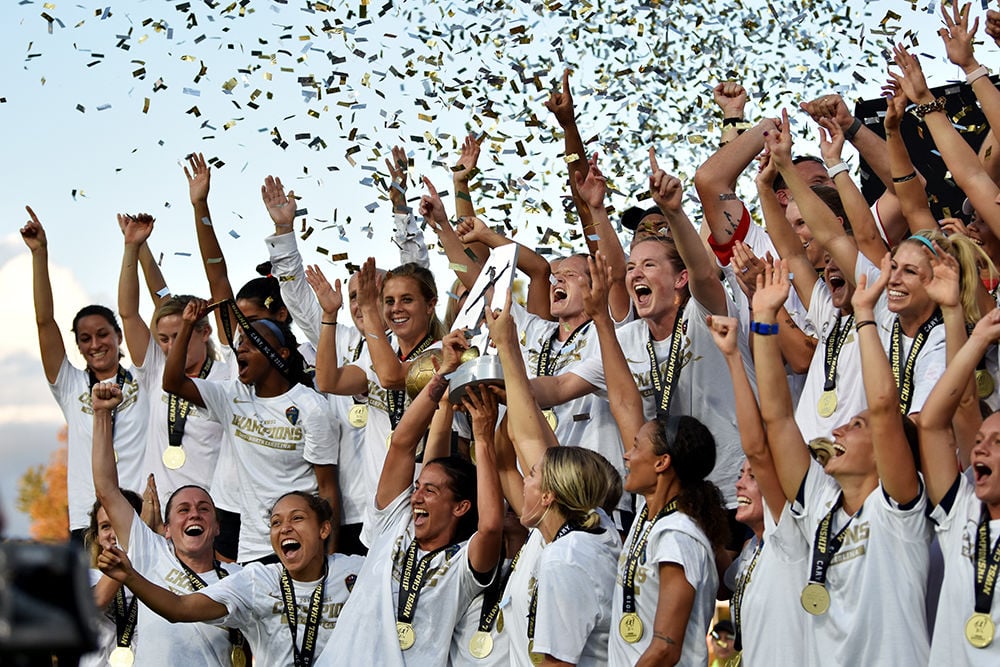 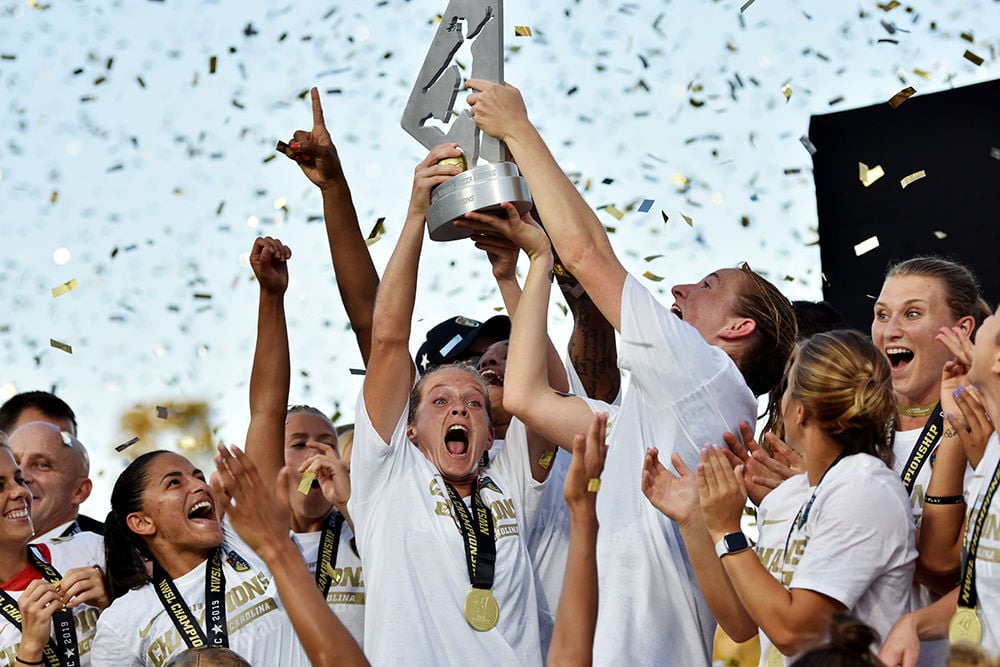 The North Carolina Courage won their second consecutive NWSL Championship Sunday afternoon with a 4-0 rout of the Chicago Red Stars.

“I thought the midfield was excellent tonight,” said NC Courage head coach Paul Riley. “Sam [Mewis] and [Denise] O’Sullivan ran the show. Abby Dahlkemper and Abby Erceg were amazing in the back tonight. That just shows their development and where they have come from in the last four years. And the two 10s, Debinha was the MVP, no question ... I thought she was first-class today.”

The big games have been a regular occurrence for the Courage over the last few seasons, and for the most part, Riley’s team always seems ready in the lead-up and on the biggest stages.

“When it comes to the big games, they just look different,” Riley said. “This team has just looked different the last month … Since the ICC galvanized the group, I feel like we have looked different since then ... I have never seen us so fresh.”

Led by an MVP performance from Debinha, the Courage controlled the match from start to finish, outshooting the Red Stars 20-13 and holding 50.4% of the possession.

“It is very special for me,” Debinha said about winning MVP. “I think when I scored the goal, I was like, wow … [Jessica McDonald] obviously scored, and she deserved it. Today, I was like, ‘Maybe I could get this,’ but of course, my first thought was to help my team.”

The Courage started the game fast and never looked back, with Debinha opening the scoring in the fourth minute. Jessica McDonald and Crystal Dunn also got on the score sheet in the first half, as the Courage took a 3-0 lead into the break.

Debinha’s goal was the fastest in NWSL Championship history and came at the end of a ruthless counterattack spearheaded by Lynn Williams. Williams drove the ball at the Chicago defense before spraying it out wide to McDonald. McDonald crossed it into Debinha, and it took the Brazilian two tries, but she found the back of the net in the end.

“I saw the play starting with HAO [Heather O’Reilly] and Jess,” Debinha said. “It is the play we always practice, Jess going deep and crossing. So when I saw her going to the corner, I was like, ‘I need to follow this, I believe that I can score.’ So when the ball bounces, I was like, ‘That's the moment,’ so I was happy to score.”

McDonald then got a goal of her own in the 26th minute, with the forward connecting with a Williams cross at the far post.

Chicago put together a handful of chances in quick succession toward the end of the half, but Dunn stopped any and all momentum Chicago was building with a stoppage-time goal. The goal was equal parts luck and effort for Dunn. After Chicago keeper Alyssa Naeher took out her teammate Julie Ertz while going for the ball, it fell kindly to Dunn, who hit it into the open net.

The Courage did a fantastic job of frustrating league MVP and Golden Boot winner Sam Kerr holding the Australian international to just three shots and one on target in the first half. Kerr was visibly frustrated during the half and was often left alone on in island up top.

Mewis made sure the scoring didn’t stop in the second half, as the midfielder headed in one of Dahlkemper’s signature diagonal balls into the box in the 61st minute.

From that point on, Chicago would have a few chances at goal, but none troubled Courage goalkeeper Steph Labbe much.

On the day, the Courage was backed by a sold-out Sahlen’s Stadium, filled with a club record 10,227 fans in attendance. The crowd was loud and rocking throughout the match, pushing the team to do even better.

“It was absolutely amazing,” O’Sullivan said. “They were our 12th man tonight, and we want to thank them for everything. They have come out all season and supported us. Tonight, they were just amazing.”

You can’t score if you don’t have the ball. It is a rather simple statement, but it is what appeared to be the NC Courage’s approach to stopping NWSL MVP and Golden Boot winner Sam Kerr from finding the back of the net during the team’s 4-0 NWSL Championship win over the Chicago Red Stars.