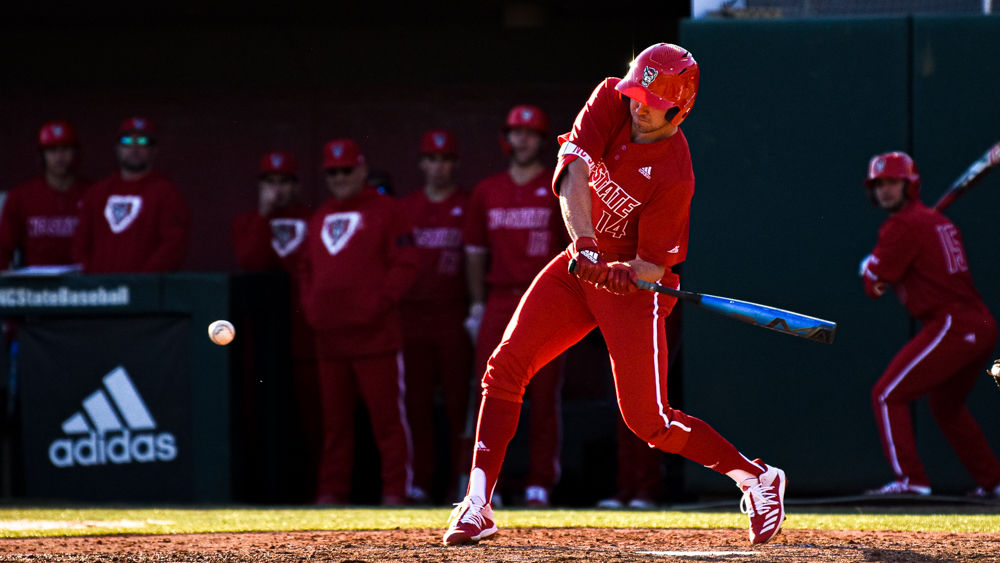 Junior outfielder Jonny Butler swings against James Madison on Friday, Feb. 14 at Doak Field. Butler went 1-4 with one home run and two runs batted in as the Wolfpack won the season-opener 4-0. 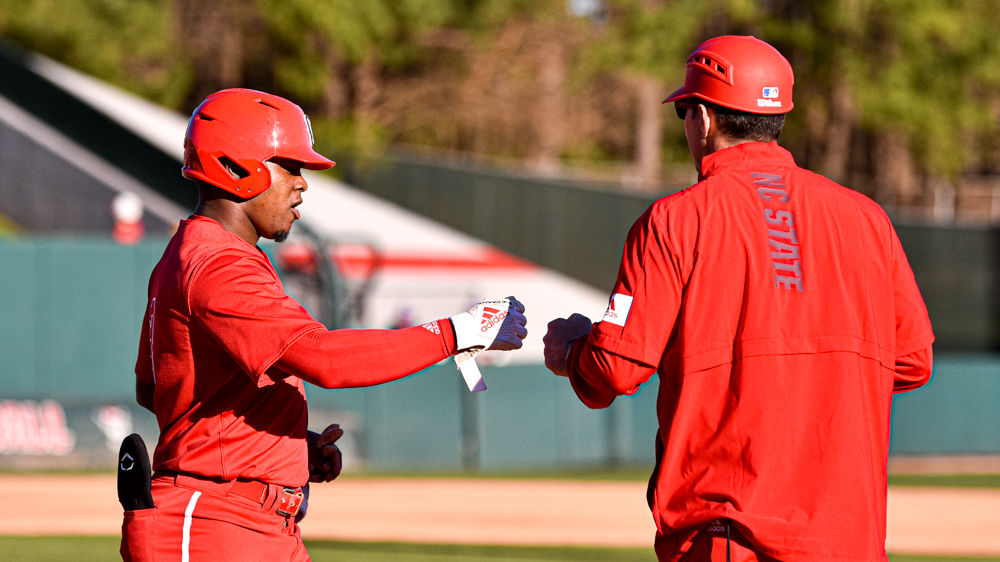 Junior infielder and outfielder Devonte Brown reaches first base after drawing a walk against James Madison on Friday, Feb. 14 at Doak Field. Brown went 2-3 with two doubles, one run batted in and one run scored as the Wolfpack won the season-opener 4-0.

Junior outfielder Jonny Butler swings against James Madison on Friday, Feb. 14 at Doak Field. Butler went 1-4 with one home run and two runs batted in as the Wolfpack won the season-opener 4-0.

Junior infielder and outfielder Devonte Brown reaches first base after drawing a walk against James Madison on Friday, Feb. 14 at Doak Field. Brown went 2-3 with two doubles, one run batted in and one run scored as the Wolfpack won the season-opener 4-0.

The NC State baseball team started off its season with a solid 4-0 win over James Madison on Friday afternoon in what was mostly a defensive battle. The two teams combined for 25 strikeouts and just eight hits.

The Wolfpack (1-0) got fantastic production out of its starting pitcher, junior Nick Swiney, who dominated the Dukes (0-1), going a career-long seven innings and notching a career-high 11 strikeouts while allowing just two hits and two walks. Swiney threw a total of 90 pitches and 61 of them were strikes.

“It was going in knowing I had to control all three pitches,” Swiney said. “Especially as a starter, I’m kind of in a new role this year, something I needed to work on a lot. But just going out there, being effective, getting ahead in counts and letting the defense work.”

While Swiney was impressive on the mound for the Pack, JMU’s starter Nick Stewart also had a solid outing, going four innings and striking out eight batters. The start earned the opposing pitcher some high praise from NC State head coach Elliott Avent.

“Their guy, the pitcher for James Madison, was outstanding,” Avent said. “I thought he was outstanding. But I think when he left the game he had 106 pitches. Nick’s pitch count in the same amount of innings is like 54. So the difference in the game is Nick had a lot of strikeouts just as [Stewart] did. But Nick was able to conserve his pitches and be much more economical.”

The Wolfpack got its offense going in the second inning with a two-run dinger to right-center field by junior left fielder Jonny Butler. Butler battled it out with Stewart and on the ninth pitch of the at-bat, Butler went yard to bring home junior right fielder Devonte Brown, who started the inning off with a double.

“I was trying to hit the fastball,” Butler said. “He was doing a really great job of elevating it and I couldn’t really hang off. I was just thankful to even be able to foul a lot of those pitches off, and then I just kept battling until he ended up throwing one over the middle of the plate, made a mistake.”

Junior second baseman J.T. Jarrett and senior DH Brad Debo kept the offense going, putting runners on the corners with no outs, but after back-to-back strikeouts by the bottom of the order and a pop out by leadoff batter junior Austin Murr, the Dukes were able to escape the inning without any more damage being done.

Brown continued his solid offensive day with another double in the fifth inning bringing junior catcher Patrick Bailey home from first after he got on base with a walk.

“Mainly, it’s just trying to hit the ball hard, finding the right pitch that I can handle,” Brown said. “Being able to handle those outside pitches for me is going to be to my advantage.”

With Swiney’s great day on the mound, the Wolfpack defense did a lot of standing around but sophomore center fielder Tyler McDonough punctuated the sixth inning with a stunning diving catch that led to a double play. The electric sophomore sprinted to his left and laid out to snag the ball just before it hit the ground.

The Pack tacked on another run in the seventh with Murr doubling, and then moving to third and eventually scoring on a pair of wild pitches.

Sophomore Baker Nelson replaced Swiney on the mound to start the eighth inning and pitched well in that inning but after getting the first two outs in the ninth, a hit to left field and a walk put runners on first and second, so Avent went to the bullpen again and brought out senior Kent Klyman to close out the game. Klyman struck out the first batter he faced.

The win was Avent’s 1,100 in a Wolfpack jersey, a milestone that he said was very meaningful to him.

The Pack also debuted its all-red jersey combination, to some mixed reviews from the players and Avent.

“I can't believe I’m in them,” Avent said. “The players love them, and that's all that matters. I am old school but you know we've all evolved throughout the years and I've evolved as much as anybody. If the players love them and they're happy, it's a player's game so if they like them, I like them."

The Wolfpack will be back in action Saturday for the second game of the series against JMU. First pitch is set for 2 p.m.