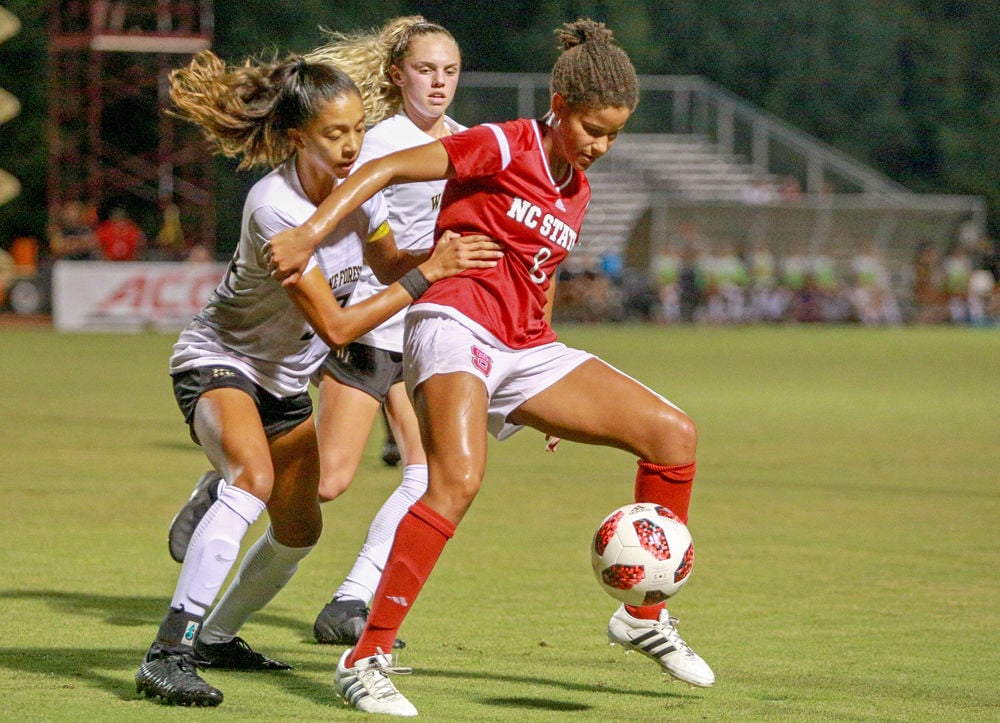 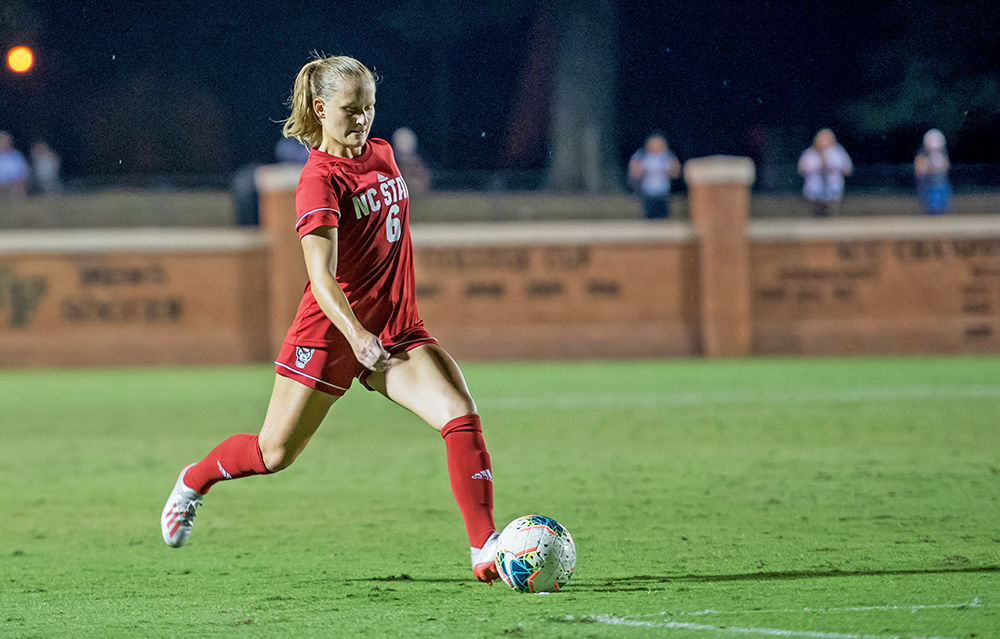 Redshirt sophomore defender Lulu Guttenberger taking a free kick during the match versus Wake Forest on Sunday September 29, 2019 at W. Dennie Spry Stadium. Guttenberger ended the match with one shot on goal and Wake Forest and NC State tied 1-1.

Redshirt sophomore defender Lulu Guttenberger taking a free kick during the match versus Wake Forest on Sunday September 29, 2019 at W. Dennie Spry Stadium. Guttenberger ended the match with one shot on goal and Wake Forest and NC State tied 1-1.

Set-piece routines have been huge for the NC State women’s soccer team this season and the team’s NCAA Championship second-round match against third-seeded Arkansas was no exception as two defenders found the back of the net following set-piece routines en route to a 2-1 upset win.

Senior defender Kia Rankin and redshirt sophomore defender Lulu Guttenberger were the beneficiaries of the set pieces as the two found the back of the net for the Wolfpack on either side of halftime.

Rankin’s goal, just her second of the season, came in the 18th minute as senior forward Maxine Blackwood combined with fellow seniors forward Tziarra King and midfielder Paige Griffiths to earn the Pack a corner after some fantastic build-up play.

Senior midfielder Ricci Walkling played in a short corner to King who turned and looked to shoot but the shot was blocked. The deflection fell right to the feet of Rankin who blasted it through a sea of bodies and into the back of the net.

Prior to the goal, the Razorbacks had been dominating possession, but after it, the Pack took control. The Pack took its lead into the half but it did not take long after the break for the Wolfpack to double its advantage.

With Walkling set to take the corner again, the Pack went more direct with the senior passing it right to a wide-open Guttenberger at the top of the box. Guttenberger took a touch to get it out of her feet and then blasted a rocket into the top corner. The goal is Guttenberger’s fourth on the season, good for second most on the team.

The Razorbacks added one late through Tori Cannata which made the last few minutes of the game tense but the Wolfpack was able to see out the win.

While Rankin and Guttenberger impressed on the score sheet, freshman holding midfielder Jaiden Thomas and junior goalkeeper Jessica Berlin impressed off it. Thomas was a constant presence in midfield by both breaking up Arkansas’ play and helping in the build-up.

Berlin made four saves and a few of them were huge. The best of the saves came during a sustained period of Arkansas pressure where a cross found a forward at the near post who hit an off-balance volley but Berlin came up huge.

The Wolfpack will be back in action on Saturday to face the winner of BYU and Lousiville in the Round of 16.