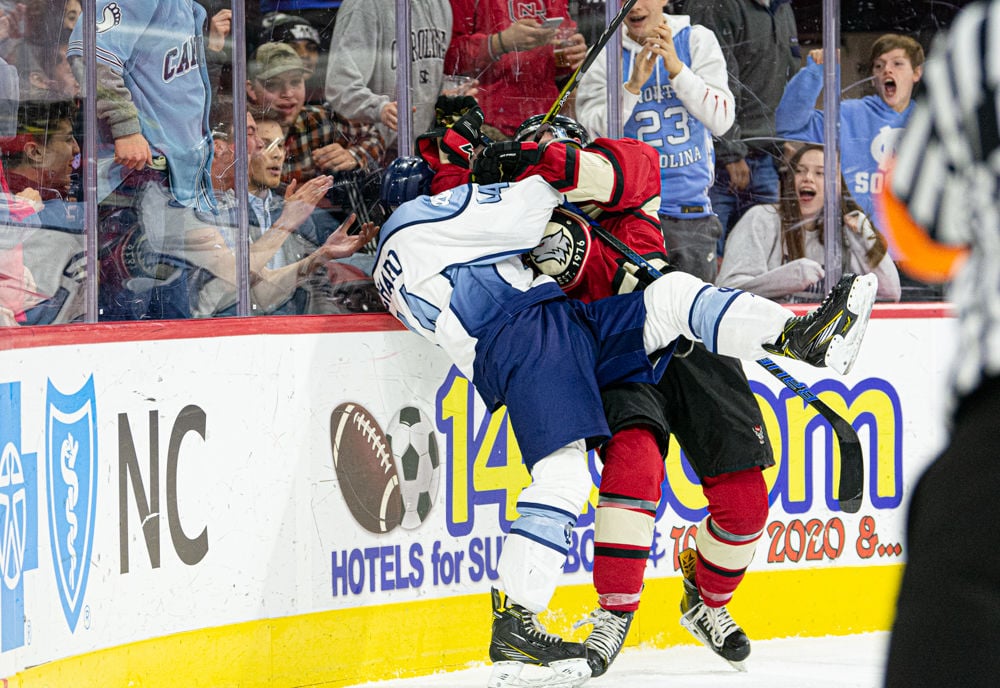 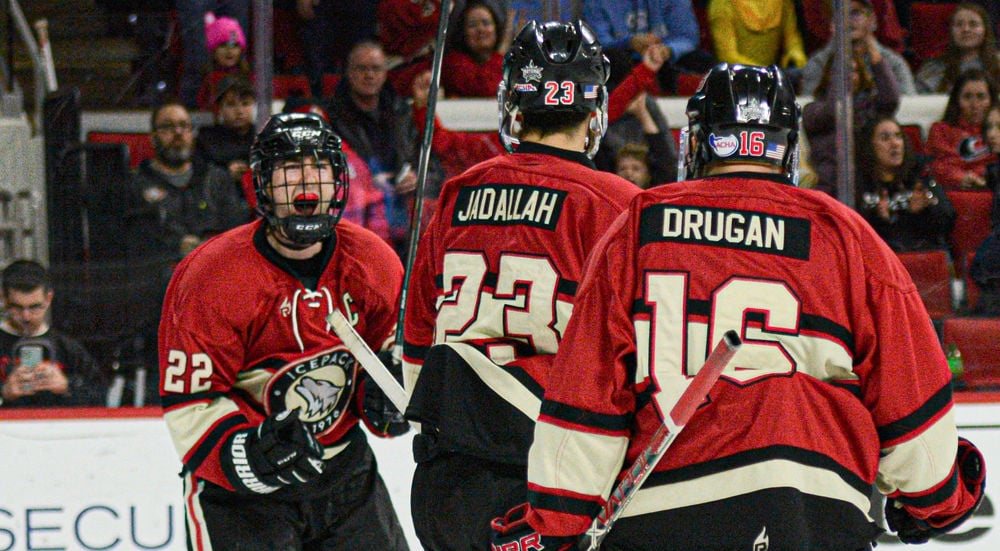 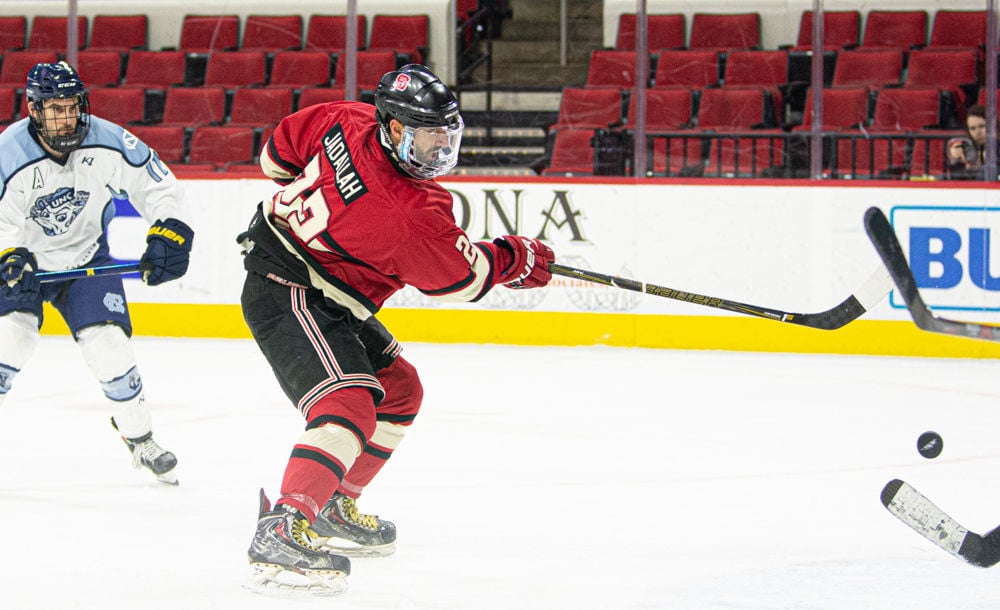 The scoring opened quickly with a breakaway goal by UNC’s Patrick Kramer just 2:31 into the game. The Icepack answered with a goal of its own less than two minutes later as senior forward Laythe Jadallah put his name on the scoresheet, tying the scoreline at 1-1.

“Yeah, I mean you never want to get down, right? Especially to a rival,” said head coach Mike Gazzillo. “So as soon as we can get out there, the guys realize the importance of going out and playing hard. It was real important, not only to get the next one but the one after that. That’s what we wanted to do. Answer, and then, you know, get one more after that.”

The Pack soon broke the deadlock with another goal, this time the goal-scorer was sophomore forward Alex Robinson, who jumped on a loose puck and fired it into the net to make it 2-1 in favor of State. This lead was increased by Colby Peterson with a solo goal with just over 11 minutes left in the first period.

A lull on the scoring action was broken with one minute remaining in the first period when freshman forward Chris Solomon evaded a Tar Heel defender and deposited the puck into the top of the net to make it 4-1 Icepack.

It was a quick start to the second period as NC State scored its fifth goal in the first 20 seconds. The goal would be attributed to senior forward Ryan Kinney, who made quick work of the UNC defense as he put the puck in the back of the net.

NC State and UNC continued to play some good hockey, shots here and there as the atmosphere got increasingly chippy with every hit. NC State got its third penalty, but that certainly didn’t stop the Icepack as it netted its sixth goal thanks to a great shot by sophomore forward Parker Szarek.

The rest of the period showed UNC’s great on-puck defense, stopping a good amount of NC State runs to the net. There were a fair amount of shots on goal as well as one big fight involving forward Colbi Pederson, which left fans wanting more as the buzzer rang out to end the second.

“He hit me in my jaw and I was like ‘I’m not having any of that,’” Pederson said. “It's good to get the crowd energized and get them into it.”

The Tar Heels began fighting back in the third period by notching two goals to make it 6-3. This rally was quickly quelled by State, who made it 8-3 with goals from junior defender Ian O’Rourke and then Jadallah. Szarek also marked his second goal of the evening to put the Icepack up by six goals with under six minutes to play and solidifying the win for the Pack.

“NC State fans would show up for a Jenga game against UNC, just to watch us beat them,” Gazzillo said. “So yeah, you want to win these games with the big crowd and you want to win when you’ve got your rival. It’s a huge game on the schedule and I was glad we could pull it out.”

The Icepack will continue its season on the road against Virginia on Friday, Jan. 24. Puck drop will be at 7:00 p.m.