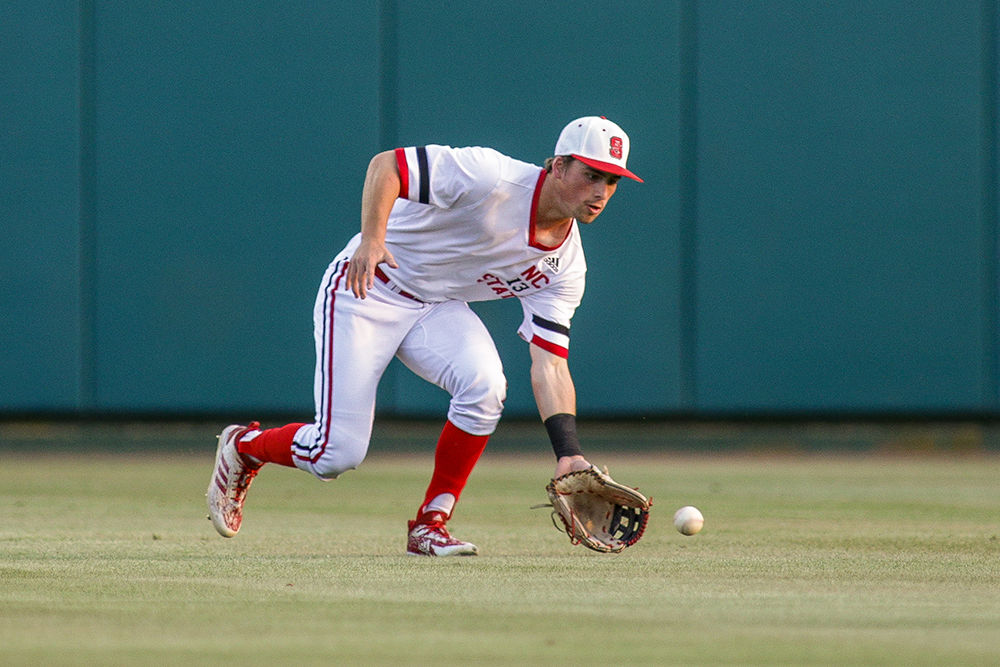 Freshman infielder Tyler McDonough fields a deep ball during the 10-6 win over Tennessee Tech at Doak Field on Tuesday, April 23. 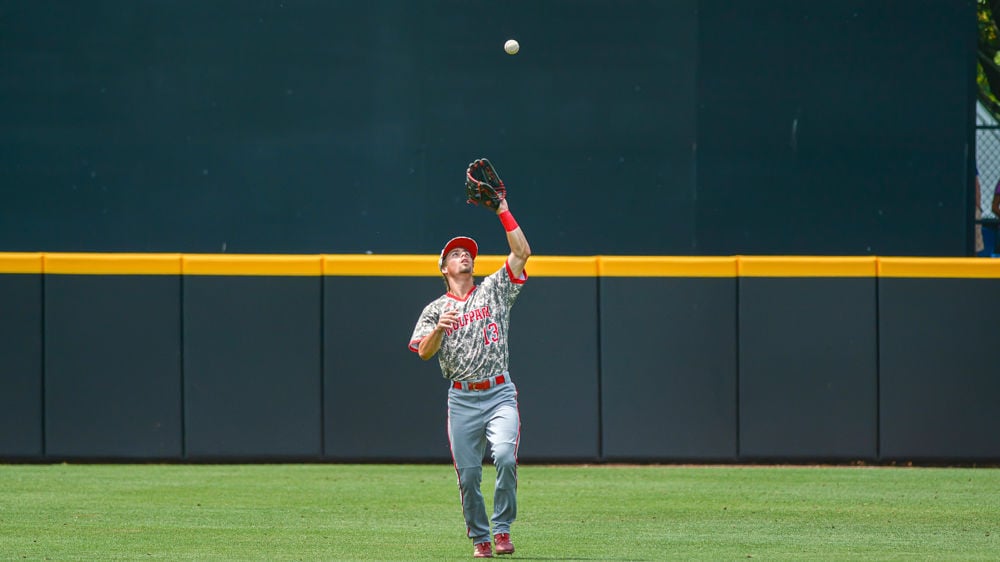 Freshman infielder Tyler McDonough catches a fly ball in center field against ECU on Sunday, June 2, 2019 at Clark-LeClair Stadium in Greenville. McDonough went 0-4 with one strikeout in the Wolfpack’s 9-2 season-ending loss.

Freshman infielder Tyler McDonough fields a deep ball during the 10-6 win over Tennessee Tech at Doak Field on Tuesday, April 23.

Freshman infielder Tyler McDonough catches a fly ball in center field against ECU on Sunday, June 2, 2019 at Clark-LeClair Stadium in Greenville. McDonough went 0-4 with one strikeout in the Wolfpack’s 9-2 season-ending loss.

Not many freshmen in the ACC come into the league and put up all-conference numbers, but that's exactly what sophomore Tyler McDonough did in his first year in Raleigh. Starting in centerfield, he batted .320 with 47 RBIs and a team-high 80 hits, not to mention he had a perfect 1.000 fielding percentage. With a new season upon us, the Ohio native will look to avoid the “sophomore slump” at the plate and adjust to his new position at second base.

The switch hitter is only 5-foot-10 and 174 pounds but hits for power despite his size. McDonough had 21 extra-base hits a year ago and will look to continue that in year two. One of the ways to do that was to get bigger over the offseason.

“I felt like gaining some weight would help me out and give me some more power,” McDonough said. “The other thing was getting more consistent at second and working on my right-hand swing, making it more like my left hand.”

McDonough is one of two switch hitters in the NC State lineup, with the other being junior catcher Patrick Bailey. With this ability, he gives pitchers tough matchups whether the pitcher is right-handed or left-handed.

McDonough played infield in high school and showcase ball. With the way the outfield is shaping up, in order for NC State head coach Elliott Avent to get his best offensive lineup, McDonough is likely going to find himself at second base more often than not.

“I think, right now, second base is up there,” McDonough said. “I feel good at either [second base or centerfield], so I just want to help the team out.”

McDonough did his fair share of helping the team out last season. However, with perennial starters like Will Wilson and Evan Edwards no longer in Raleigh, McDonough will be one of the two key guys in the lineup that opposing pitchers dial in on this year.

“I’ve got to figure out what [opposing pitchers] are going to do to me this year,” McDonough said. “They changed [Patrick Bailey] last year from his freshman season, so I don't know if it's going to be the exact same thing, but right now, it's the same thing until I realize what they're going to do.”

McDonough, due to his success that saw him have four hits in three different games, was named a Freshman All-American by Collegiate Baseball and Perfect Game USA. If he can translate the production from year one to year two, he will be in the conversation for more All-American accolades come May.

These accolades are exciting for anyone, but they’re not the most important thing on McDonough’s mind, as he has ambitious goals for his team this year: winning the ACC Championship.

“I think we have a really good squad right now,” McDonough said. “We’re all really close with each other, and I just think we have the talent to.”

Whether or not NC State achieves this goal, which would be the Wolfpack’s first ACC Championship in 28 years, is yet to be seen. If the goal is reached, you can almost guarantee that the production from McDonough will have been one of the main reasons why.

While the NC State baseball team lost key players like shortstop Will Wilson and first baseman Evan Edwards from a season ago, head coach Elliott Avent and his staff brought in some new faces ready to fill the gap. Some players will be moving around, like sophomore Tyler McDonough, who will likely see at a lot of time at second base.

The No. 16 NC State baseball team opens its 2020 season with a weekend series against James Madison this weekend.

The NC State baseball team will kick off its season on Valentine’s Day, beginning the year with a series against James Madison. Last year, the Pack went 42-19 and began the year at 19-0 but sputtered the second half of the season, going 23-19 after that undefeated stretch.