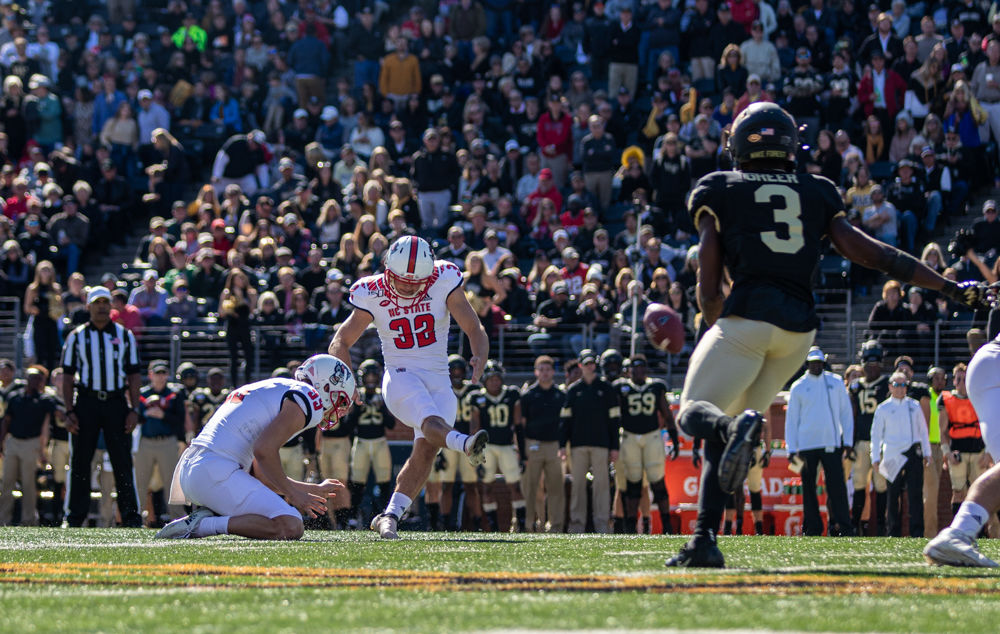 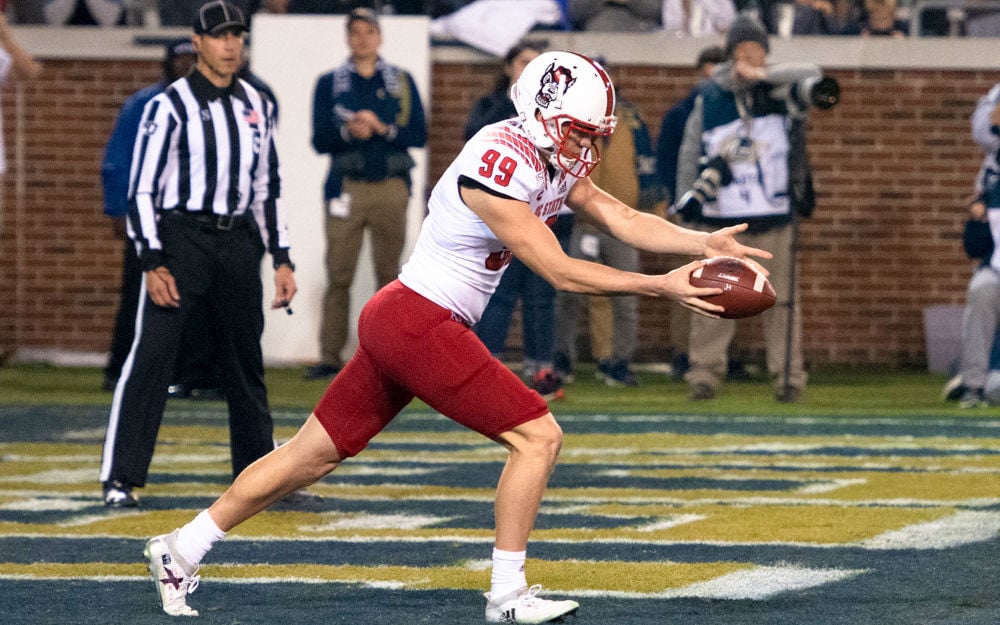 NC State’s “QBU” moniker is well deserving, and alumni like Russell Wilson and Philip Rivers have given pride to the Wolfpack faithful with their play on Sundays. The trajectory of redshirt sophomore Devin Leary’s college career suggests he has a chance at joining the pantheon of great Pack QBs. But while the quarterbacks of NC State have gotten the most shine, the program in Raleigh that is quietly gaining a reputation for producing less flashy, but nevertheless elite, talents on a side of the ball is one that never gets talked about enough: special teams.

Junior Christopher Dunn and redshirt junior Trenton Gill form the backbone of a very solid kicking-punting duo at NC State, and they’ve lived up to the billing so far this season. Against Virginia Tech alone, Dunn connected on a field goal from 53 yards away, and Gill had six punts that went 51 yards on average, one of which went 57 yards, and another two of which pinned the Hokies inside their own 20-yard-line. In a night where the Wolfpack struggled to get things going on offense, Gill and Dunn made up the majority of NC State’s highlights.

And then the Virginia game happened.

The result of the game wasn’t in doubt for most of the game, as NC State cruised to a 38-21 victory over the Cavaliers, but what was surprising was how little Gill and Dunn played in determining the result and, in fact, how much they supposedly struggled. And yet, despite the game those two played, it’s never been clearer that Dunn and Gill belong in their upper echelons of their respective position groups.

For Gill, the problem wasn’t the quality of punts, but where he was punting from. Gill’s six punts went an average of 38.8 yards and 35.2 net yards, and yet he still managed to pin the Cavaliers inside the 20 twice, which very well could have been three times had Jordan Houston kept his feet out of the end zone on Gill’s only touchback.

All this suggests that NC State often had very good field position whenever Gill went out to punt, and Gill didn’t have the space to try one of the booming punts he’s been known to kick. If the only thing preventing Gill from posting the gaudy numbers he usually does is how well the offense moved the ball down the field, then that’s a good thing for NC State football, not a bad thing.

It was a nightmare afternoon for the usually reliable Dunn, who went 1-3 on field goals, but upon closer inspection, he didn’t have nearly as bad of a day as suspected. His first miss of the day, from 51 yards early in the first quarter, hit the top of the crossbar and bounced out. Dunn had the accuracy, and he even had the power to put it through, but he just didn’t have luck on his side. Besides, every kicker, especially in college, is bound to miss a long-range field goal at some point, and Dunn didn’t really miss that kick so much as he just didn’t make it.

The miss from 37 yards left most Wolfpack fans scratching their heads, as they’d grown accustomed to Dunn making field goals inside 40 yards look like chip shots, but even this was excusable. Field conditions in Charlottesville, Virginia on Oct. 10 were barely playable, as it started raining long before opening kickoff, and it continued raining for the duration of the day.

As the miss from 37 yards happened in the fourth quarter, there’s no doubt that, at that point, the field was lousy enough to make even the automatic Dunn misfire. For those suddenly in doubt of Dunn’s ability to make short field, look no further than the 36 yarder he hit in the second quarter. If the only thing that can stop Dunn from making his kicks is rain and dumb luck, it must mean Dunn is really good at his job.

Even when they aren’t playing at their best, Dunn and Gill are still among the best, if not the best, in the country at kicking and punting, respectively, and there’s an argument to be made that the game against Virginia actually helped their cases for those distinctions instead of inhibiting them. They both have a pretty good chance at transitioning their game from college to the pros, and with NC State having players like Las Vegas Raiders punter AJ Cole and Jacksonville Jaguars kicker Stephen Hauschka already playing on Sundays, not only do Dunn and Gill have the chance to pick up the Ray Guy and Lou Groza awards this season, but also to hear their names at the NFL draft and earn NC State the nickname “Special Teams U.”