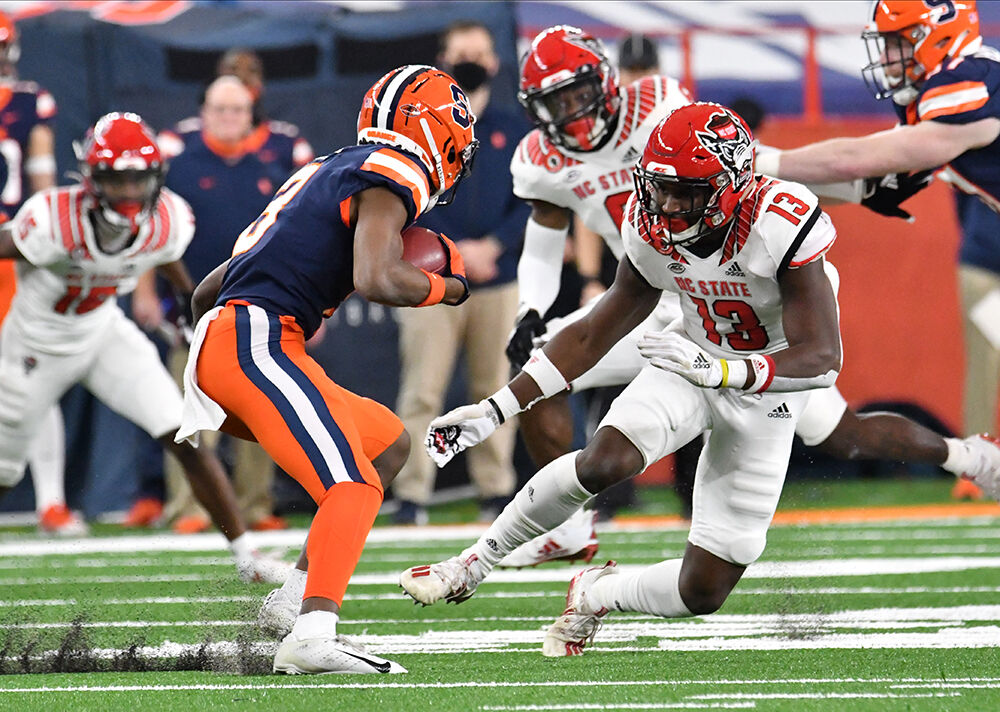 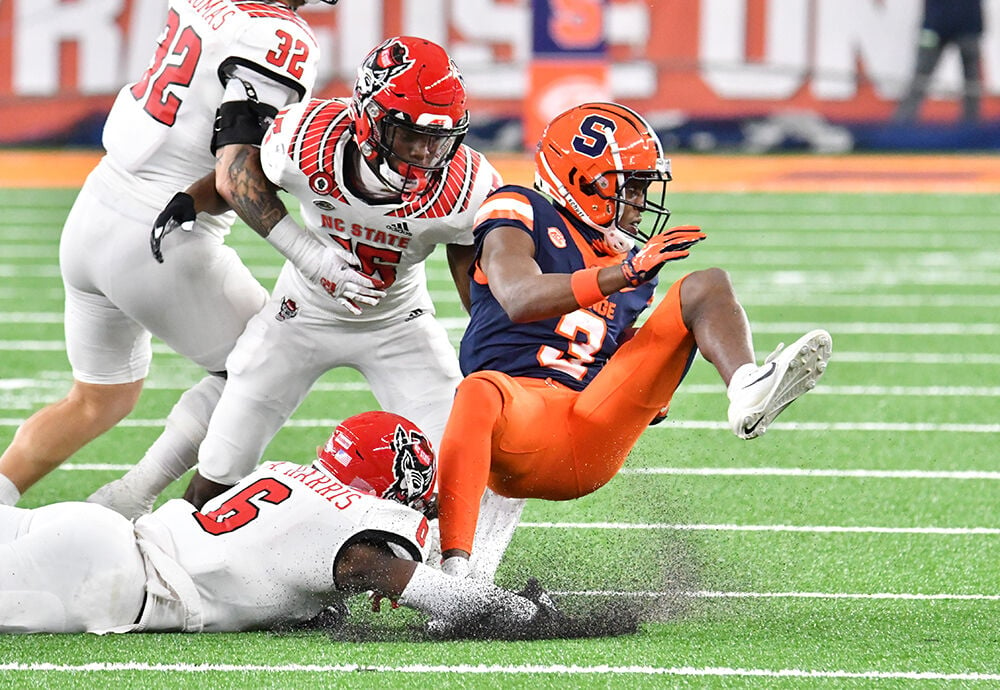 NC State is no stranger to close games, as five contests this year have been decided by a touchdown or less. Nor is it new to come-from-behind wins. Saturday was an example of both as the Wolfpack needed 16 unanswered points to eke out a victory over the worst team on its schedule.

No jaded NC State (7-3, 6-3 ACC) fan was surprised that the team struggled early with Syracuse (1-9, 1-8 ACC). On the road against a terrible team, this is a game past teams have found ways to lose. No amount of pessimism, though, could’ve prepared one to watch redshirt junior quarterback Bailey Hockman throw the ball through the back of the end zone while being sacked for a safety. And that wasn’t the only blunder NC State had to deal with.

Among a curious booth review, which changed a Hockman TD rush to a fumble and a touchback; a 98-yard kickoff return TD for Cuse; and graduate receiver C.J. Riley popping a dropped ball into the air for an interception, Cuse entered the half with a lead for just the second time this year, and NC State’s head man was none too happy during his halftime address to the team.

“I was far from calm; I was very upset and I let them know it,” said head coach Dave Doeren. “And demanded that we play the way we’re supposed to play the game. Called on every position group to step up and give us what they’re supposed to, and that they’re playing for something that nobody at this school has ever done in winning seven conference games. I’m not going to be around guys that don’t get that done because they don’t put their best out on the field. I’m proud of the way they heard the message and came out and played well in the second half.”

Much of NC State’s second-half improvement started with the offensive line, which gave up four sacks in the first half against a front that had Hockman under constant pressure. In the second half, the O-line performed much better, and the difference in Hockman was night and day as he had time to dissect the Orange downfield. His favorite target this game ended up being redshirt junior receiver Thayer Thomas, who shredded man coverage for 102 yards and three touchdowns.

The defense also settled in, holding the Orange to 2 rushing yards in the second half and allowing less than 4 yards per play for the game. Against Wake, a three-point win, it came down to the offense being great. Against Pittsburgh, a one-point win, things came down to a last-minute drive. Against Liberty, the defense had to shut down one of the best offenses in the country. Against Syracuse, though? NC State simply stopped making mistakes.

“We find a lot of ways to win no matter the circumstances,” said redshirt sophomore linebacker Payton Wilson. “I don’t think that the game should’ve been that close. We didn’t play as good as we should’ve, but we seem to always fight to the very end and try to win. It’s just in our culture to keep fighting and play ‘til the last whistle.”

While a game that closed with a 14.5-point spread in NC State’s favor shouldn’t have been nearly as nerve-wracking as this one turned out to be, it’s important to note just how good NC State has been in close games this year with a 4-1 record. The lone loss was to a top-10 team in the country in Miami. Escaping with close wins this often isn’t the mark of a great team, but this team won just one ACC game last year. You have to walk before you run.

Although NC State was a 14-point favorite, the Pack struggled to keep up with Syracuse for most of the game. In the end, the Wolfpack pulled out a win with help from Syracuse's fourth-down spike to end the game.