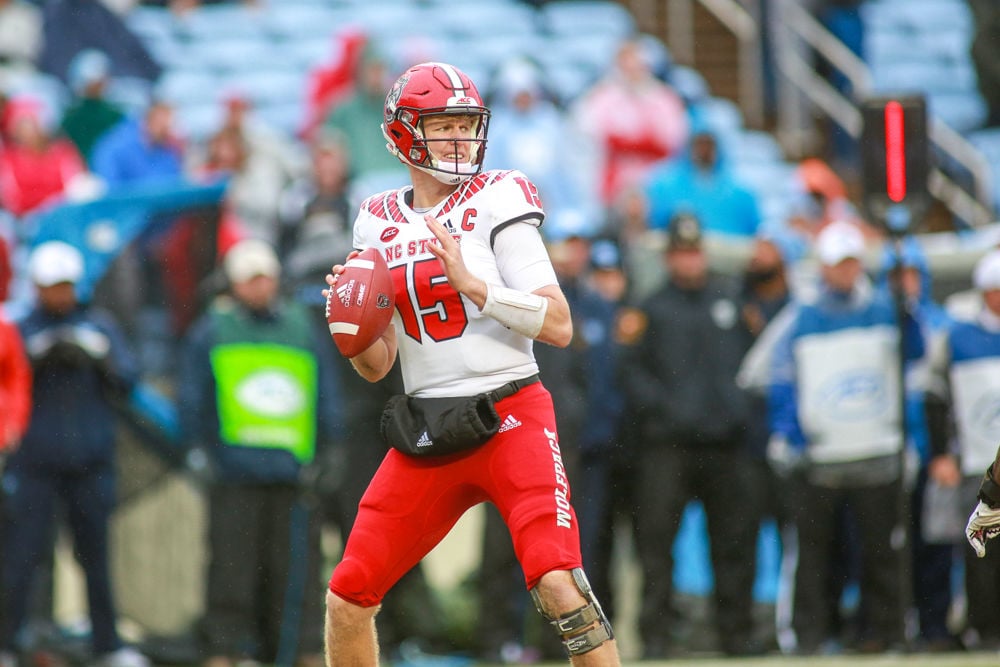 Graduate quarterback Ryan Finley goes through his progression. Finley had 200 yards and one interception. The Wolfpack struggled but was able to put away UNC in overtime for a 34-28 win on Saturday, Nov. 24 in Kenan Memorial Stadium. 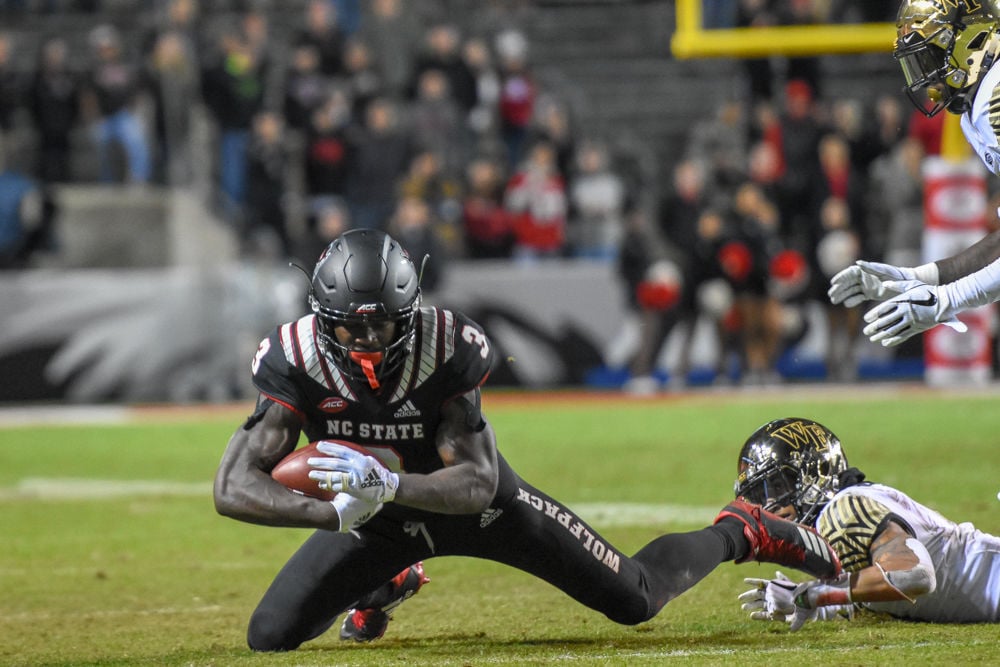 Graduate quarterback Ryan Finley goes through his progression. Finley had 200 yards and one interception. The Wolfpack struggled but was able to put away UNC in overtime for a 34-28 win on Saturday, Nov. 24 in Kenan Memorial Stadium.

Finley was expected by some to go in day two of the draft, but he fell to the opening moments of the fourth round. Taken with the 104th pick, Finley joins fellow NC State alum Germaine Pratt, who was also taken by the Bengals in the third round.

Last season, Finley threw for nearly 4,000 yards on 67.4% completion to go along with 25 touchdowns and 11 interceptions. The young quarterback is not very mobile and can struggle with decision making, but most of that can be attributed to his youth.

Finley will develop behind Andy Dalton, whose long-term future on the Bengals is uncertain, and can likely help the veteran quarterback by providing legitimate competition.

Harmon had a difficult draft, falling all the way to the 206th pick in the sixth round after being projected by most to be picked anywhere within the first three rounds. Harmon has no serious injury history or character concerns, so it was odd for him to fall that far.

Some NFL teams may have been concerned about separation issues, but Harmon is a big body at 6-foot-3 that will provide a reliable receiver for a Redskins team lacking elite talent in that area.

Harmon had back-to-back 1,000-yard receiving seasons for the Wolfpack. More specifically, Harmon posted 1,186 yards receiving in only 81 receptions last season and also averaged 15.1 yards per reception over his entire NC State career. The receiver is going to enter the Redskins roster as a motivated force and will likely dominate in training camp, much like he did during the combine and pro day.

Meyers could be viewed as one of the most slept-on receivers in the entire draft, and his undrafted status showed this. Thankfully, the Patriots were quick to realize the amount of talent that was left and quickly swooped up Meyers, the other 1,000-yard receiver out of NC State.

Meyers has some of the best hands in the entire draft, and with many receiving threats out of the picture from last year’s Patriots, Meyers has a real chance to crack the team’s opening day roster. The Patriots also selected N’Keal Harry, a wide receiver out of Arizona State, but lost Chris Hogan and Rob Gronkowski this offseason.

Jones was projected to be a late-round draft pick, who will play guard after playing tackle for NC State. Jones went undrafted, but fortunately the Jets added him to their 90-man training camp roster.

The Jets are somewhat depleted on the O-line, so Jones has a shot to be a backup O-lineman. This would be in the Jets’ best interest, as Jones is a solid blocker that could stand to develop behind players such as new Jets O-lineman Kelechi Osemele.

Wright, one of the biggest leaders for the Pack on and off of the field last season, was not projected to be drafted but was picked up by the Texans, he announced on Twitter. Wright might not make a Texans roster that is relatively deep, but he has a good chance to make the practice squad.

Wright finished last season with 51 tackles and one interception. The safety is a solid player, role model and overall leader for any team he steps onto.

Louis saw his season ended with an ACL tear for the Pack, but he recovered quickly and strongly, showing out at the NC State pro day. Louis will join Wright on the Texans training camp roster, according to his social media, with a good chance to make the practice squad.

Louis finished his NC State career with 1,487 receiving yards on 91 receptions, an impressive feat considering he only played in 33 games for the Pack.

Louis was also a solid receiver with strong upside and just needs a chance to show what he can deliver. Houston is a good place to do this, as he will be able to play alongside all-star receiver and arguably best in the league, DeAndre Hopkins.

Roseboro was not projected to be drafted but is an overall solid player in the trenches. According to his social media, Roseboro will join the Ravens for training camp. He is a strong pass rusher who recorded seven sacks in his second year with the Pack; however, that number dropped to just one last season. Roseboro also finished last season with 38 tackles, eight of which were for loss.

Prescod is an elite-level talent on the offensive line that should have been taken in the sixth round at the very latest. Prescod graded out as a top-three player on the NC State roster and was the only player in the nation who graded at an 86 or above in run blocking and pass protection, per Pro Football Focus.

Prescod will immediately help the Giants out, who have been recorded as needing O-line help. If Prescod impresses in training camp, he will almost certainly make the 53-man roster. Prescod will also be able to face off against former NC State teammate B.J. Hill in practice.