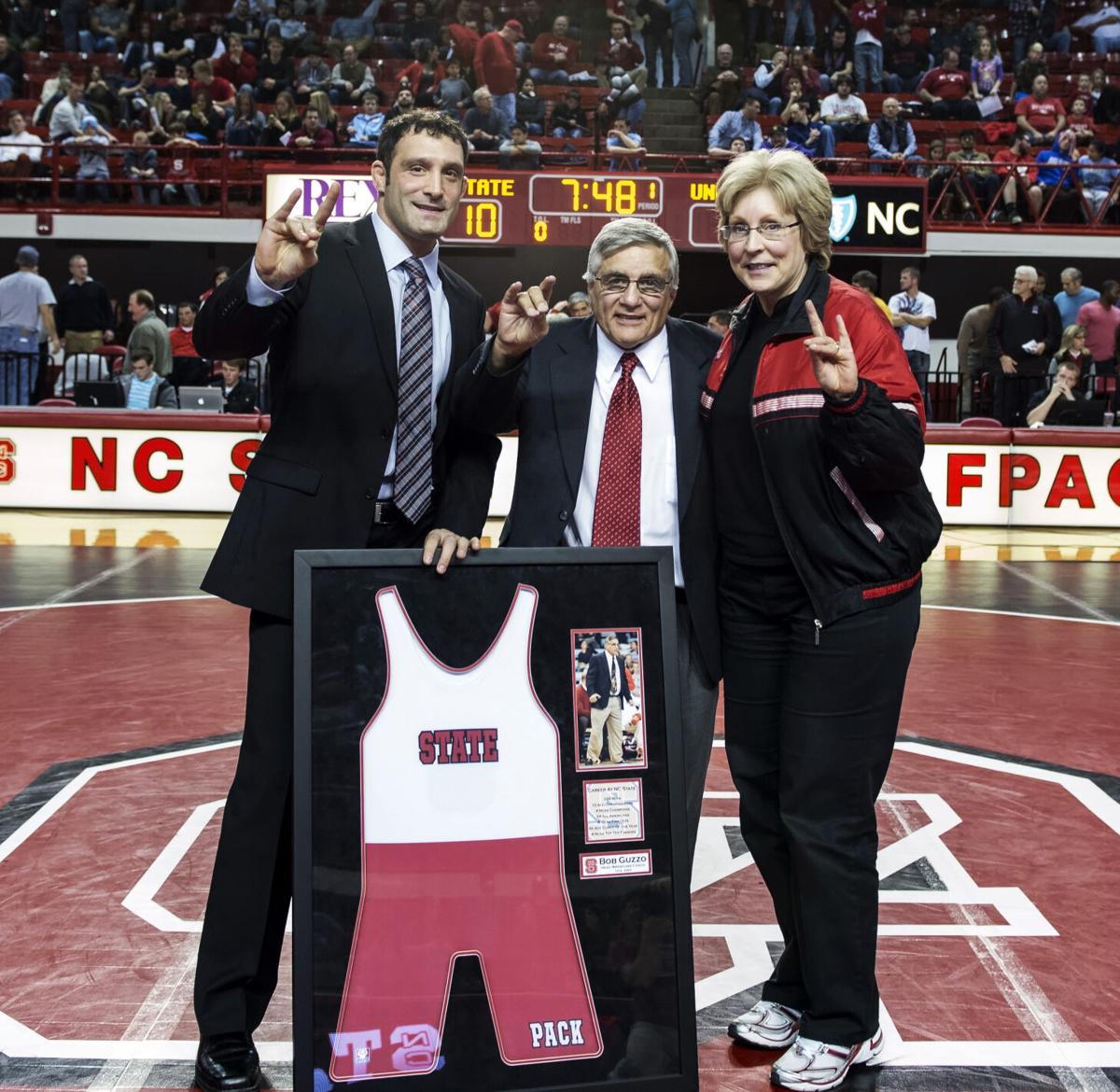 The University of North Carolina wrestled at N.C. State University on Friday January 31, 2014 at Reynolds Coliseum in Raleigh, N.C. NCSU won the match, 19-6. 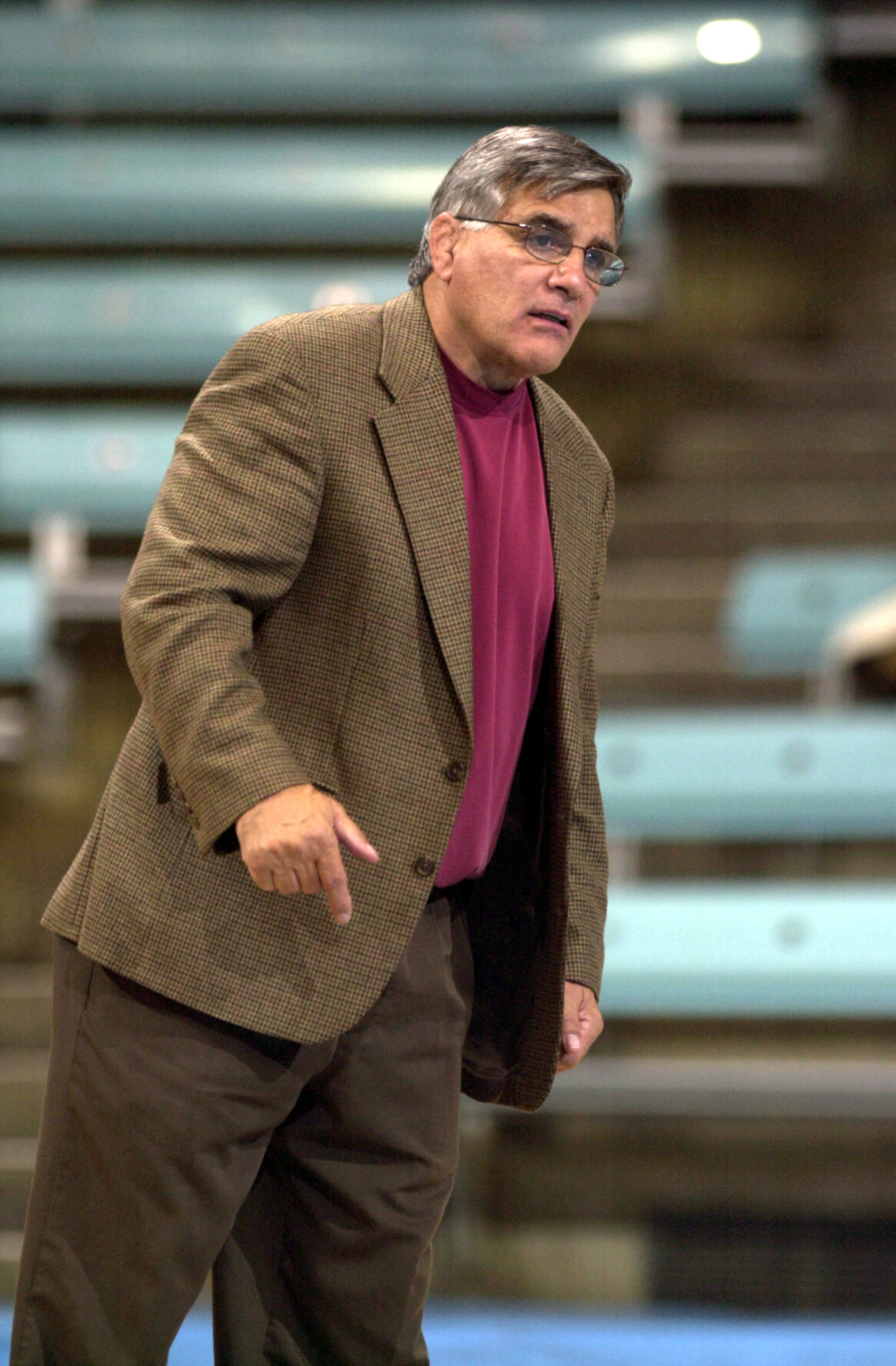 The University of North Carolina wrestled at N.C. State University on Friday January 31, 2014 at Reynolds Coliseum in Raleigh, N.C. NCSU won the match, 19-6.

The NC State wrestling program has had a meteoric rise to national prominence in recent years. Under current head coach Pat Popolizio, the wrestling team finished in the top-20 at the NCAA championships six years in a row, has finished in first place at the ACC championships three out of the last five seasons and went undefeated in the 2019-20 regular season for the first time in school history.

While the recent success of the wrestling program may seem new, NC State actually has a long history of wrestling success. In 1975, legendary coach Bob Guzzo became head coach of the program and led it to new heights. In his tenure at NC State, Guzzo won 13 ACC championships, was named ACC Coach of the Year six times and coached 86 individual ACC champions, 24 All-Americans and four national champions.

Guzzo retired from NC State in 2004 after 30 years as head coach, then returned in 2013 as director of high school and alumni relations. He is close with Popolizio, who Guzzo has known for a while.

His position on the coaching staff allows Guzzo to remain active with the program and help develop NC State’s wrestlers.

“I still live [in Raleigh] and I stay pretty active in the sport,” Guzzo said. “[NC State] has an Olympic training program and a freestyle program that I help out with from time to time. I have a nice relationship with the coaches and the team.”

For Guzzo, it has been special to see how far the program has come under Popolizio.

“It’s been enjoyable to see what [Popolizio] is doing, and it’s getting better and better,” Guzzo said. “[Popolizio] has done a fantastic job.”

Unfortunately for this past year’s wrestling team, the season was cut short due to the COVID-19 pandemic. The team went undefeated in the regular season, won the ACC championship and was ranked No. 2 in the nation before the season came to an abrupt end. Despite this, Guzzo believes that NC State has a lot to look forward to in years to come.

Guzzo also believes that the success of the wrestling program in recent years and during his tenure as head coach has propelled the popularity and quality of wrestling in the state of North Carolina, especially at the high school level.

“It creates a lot of interest in the local high schools, and even throughout the state,” Guzzo said, regarding the influence of NC State’s wrestling success on wrestling in North Carolina. “[NC State] is a national-caliber program. Kids come over to watch some of the top collegiate wrestling in the nation right here at NC State… I remember when I first came here, the wrestling in-state back in the ‘70s was not very strong. Over the years, high school wrestling has really developed. [North Carolina] is considered a really good wrestling state now…  It’s been a nice thing to see the actual popularity and growth of wrestling both at the collegiate and scholastic level.”

After inheriting a college wrestling program during the ‘70s in a state where wrestling was a lackluster sport, Guzzo transformed the landscape of wrestling in North Carolina. In just his second year as head coach, he delivered NC State’s first ACC Wrestling Championship in school history, which was just the beginning of his legendary coaching career. By the time his tenure was over, NC State had become an ACC wrestling powerhouse.

Today, NC State is the flagship wrestling school in North Carolina and one of the premier college wrestling programs in the country. The sky's the limit for what NC State can achieve in years to come, and the foundation that Guzzo laid has made this potential for greatness possible.