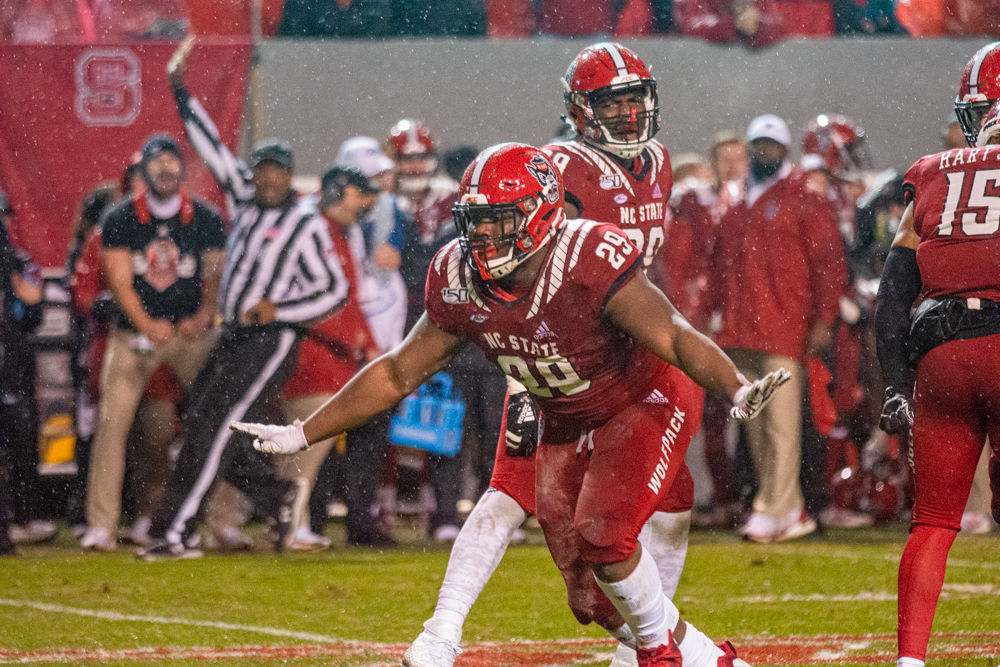 Sophmore defensive tackle Alim McNeill celebrates after a sack versus UNC on Saturday, Nov. 30, 2019 at Carter-Finley Stadium. McNeill had two sacks and five tackles in the 41-10 loss. 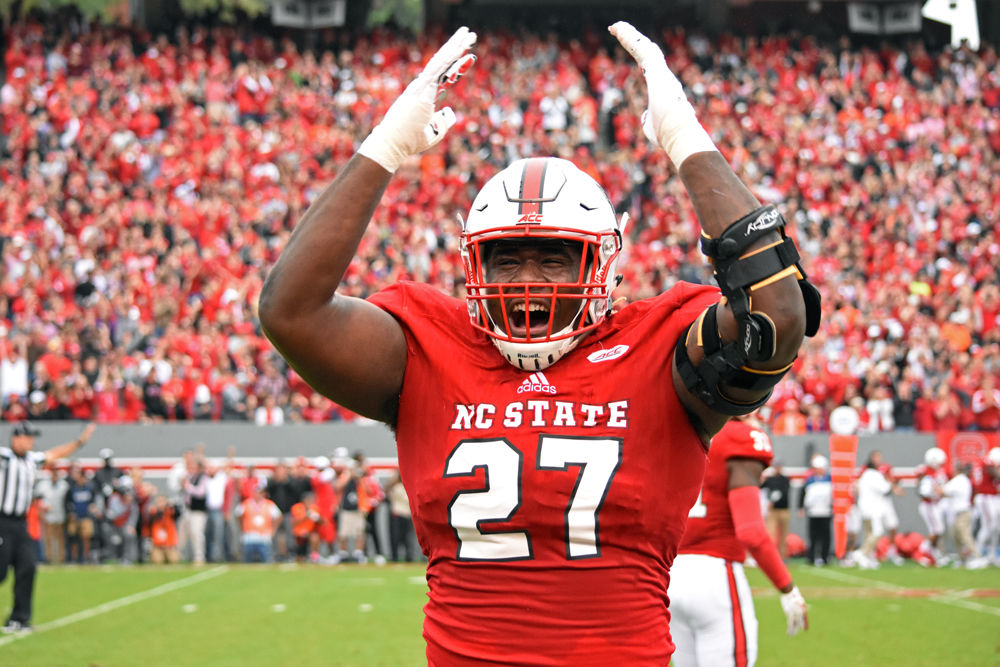 Senior defensive tackle Justin Jones hypes up the crowd in between plays at the Homecoming game against Clemson in Carter-Finley Stadium on Saturday, Nov. 4, 2017. The Wolfpack lost 38-31.

Sophmore defensive tackle Alim McNeill celebrates after a sack versus UNC on Saturday, Nov. 30, 2019 at Carter-Finley Stadium. McNeill had two sacks and five tackles in the 41-10 loss.

Senior defensive tackle Justin Jones hypes up the crowd in between plays at the Homecoming game against Clemson in Carter-Finley Stadium on Saturday, Nov. 4, 2017. The Wolfpack lost 38-31.

To satisfy the sports crave that many fans are having across the world in the wake of COVID-19, many sports teams and leagues have turned to playing online sports games. For example, the NBA is currently hosting an NBA2K20 tournament that is being streamed on ESPN, with players in the league going up against each other.

The players were instructed to select teams with NC State quarterbacks, so McNeill struck first by selecting the Seattle Seahawks before Jones was ready. Hilariously, Jones seemed hesitant to select his own team on the game, but did not hesitate to begin trash-talking the younger McNeill once the teams were set.

Both players admitted on the stream that neither had much Madden experience, putting the two on an equal playing field.

Early in the first quarter, McNeill grabbed up a bad pass using Seattle’s Bobby Wagner, and returned it to Jones’s 1-yard line, before running in a touchdown using running back Chris Carson.

Jones switched quarterbacks to Tyrod Taylor, and used the tandem of Taylor and running back Austin Ekeler to punish McNeill’s team, tying the game at seven apiece in the second quarter.

On a deep pass from Pack Pro Russell Wilson, Jones used Chargers safety Derwin James to snag his first interception of the game, but immediately threw an interception to Trey Flowers of the Seahawks.

McNeill took advantage of this opportunity, throwing another deep pass with Wilson, but was able to connect this time with Seahawks receiver D.K. Metcalf to take the lead 14-7. However, Jones immediately responded by blazing down the field with Ekeler, who juked opponents left and right, and then lobbed a touchdown to Keenan Allen.

Jones had a huge pass to receiver Mike Williams on his next drive, but fumbled the ball in McNeill’s red zone, missing a chance to score before the half. The Chargers defensive tackle received the ball to open the third quarter, but again fumbled, this time at midfield. That fumble gave McNeill the opportunity to kick a field goal, bringing the score to 17-14, a crucial score for McNeill.

McNeill was backed up all the way at his 4-yard line, but an explosive breakaway from Chris Carson, who juked a couple of defenders, gave him the open field as he scored late in the third quarter, giving McNeill a 24-14 lead.

To open the fourth quarter, Jones threw to a wide-open Allen deep, which kept Jones alive and narrowed the deficit to just three points with under a quarter remaining, playing with six-minute quarters.

With under four minutes remaining, Jones picked up a huge interception using Chargers defensive tackle Jerry Tillery, who snagged the ball with just one hand. However, Jones threw it away in McNeill’s territory, throwing yet another interception, this time to Seahawks cornerback Shaquill Griffin.

After this, McNeill got cocky and went for it on fourth down deep in his own territory, giving Jones a chance to take the game away with a minute and a half left. However, Jones took Taylor out and subbed in Easton Stick, who lost a fumble to end the game for Jones. McNeill’s Seahawks took the victory over Pack Pro Justin Jones, 24-21. Wilson ended with 199 yards and two touchdowns, while Taylor finished with 241 yards and two touchdowns.

The successful stream could lead to more Pack Pro vs. current Pack matchups, as the sports hiatus does not appear to have an end date in sight. For more coverage of esports and recaps of all NC State-related events during quarantine, follow @TechSports on Twitter.