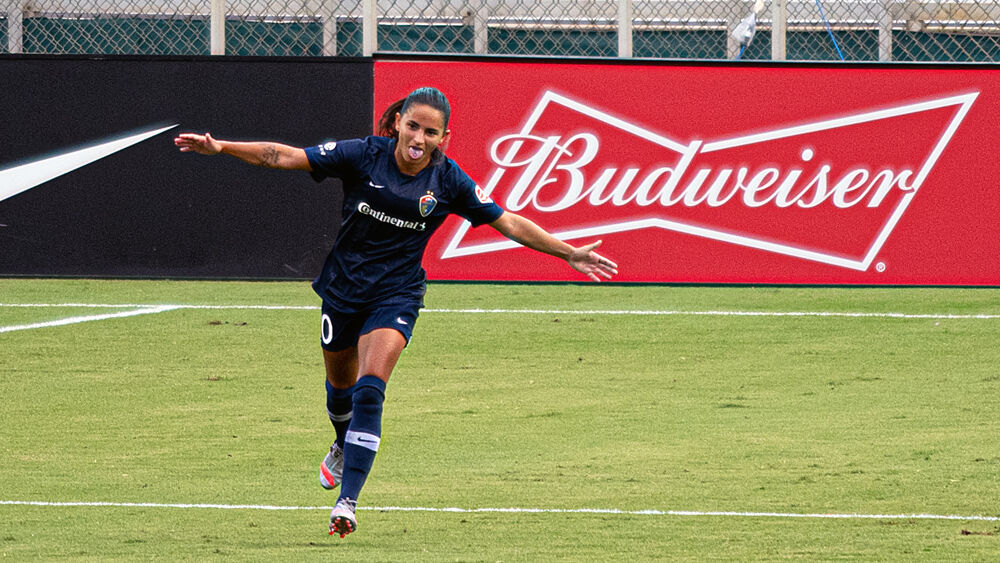 NC Courage midfielder Debinha celebrates scoring against the Houston Dash on Saturday, Sept. 12 at WakeMed Soccer Park. Debinha scored twice including the winning goal in the 86th minute as the Courage won 4-3. 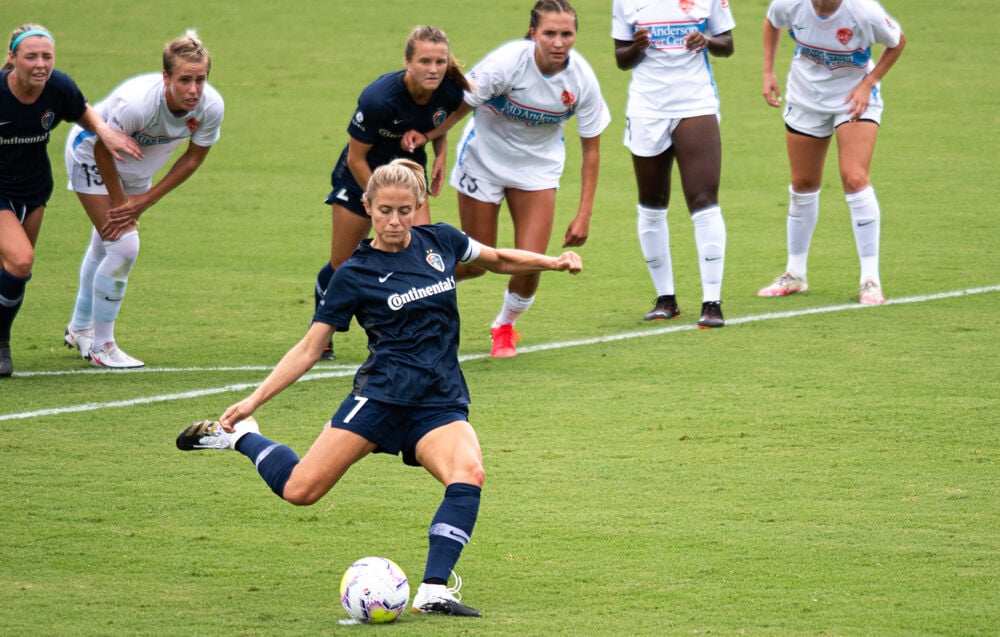 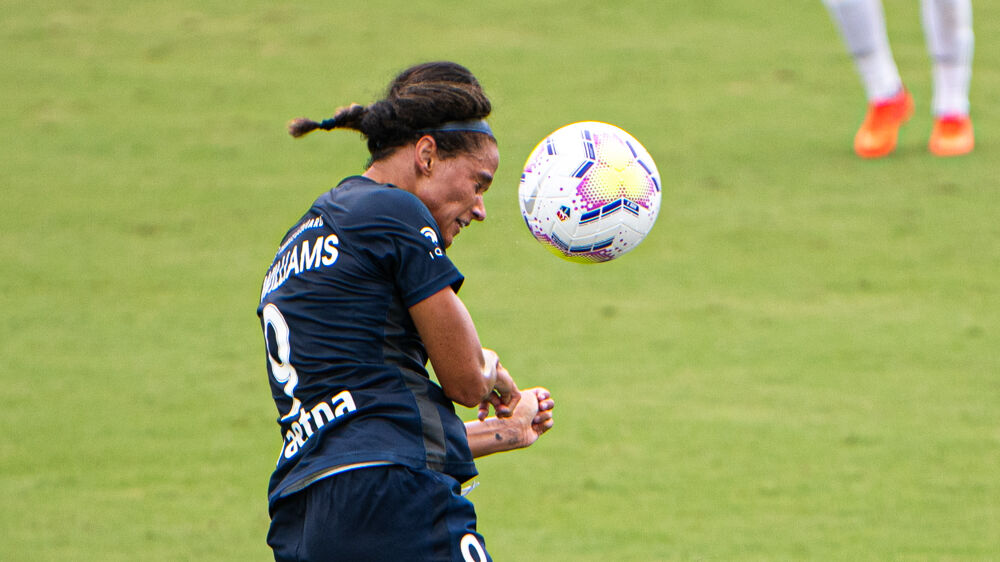 NC Courage forward Lynn Williams heads a shot against the Houston Dash on Saturday, Sept. 12, 2020 at WakeMed Soccer Park. Williams scored one goal and assisted on another as the Courage won 4-3.

NC Courage midfielder Debinha celebrates scoring against the Houston Dash on Saturday, Sept. 12 at WakeMed Soccer Park. Debinha scored twice including the winning goal in the 86th minute as the Courage won 4-3.

NC Courage forward Lynn Williams heads a shot against the Houston Dash on Saturday, Sept. 12, 2020 at WakeMed Soccer Park. Williams scored one goal and assisted on another as the Courage won 4-3.

The Courage took the lead early but entered halftime trailing 2-1. After a wonder goal from Debinha just after the break brought things level and the Dash went down to 10 players, the Courage went down again before battling back with goals in the 83rd and 85th minutes to win it late.

With his squad looking very different than it has in recent years with a number of players either opting out, being loaned out or leaving the team, Courage head coach Paul Riley opted for a new formation, diverging from his go-to 4-2-2-2 and adopting a 3-1-4-2 to start that game against the Dash.

Out of the halftime break, Riley tweaked his formation slightly, retaining the back three but turning his midfield into his classic box. Hailey Harbison replaced Danica Evans to make her NWSL debut and lined up wide on the left with Ryan Williams playing opposite her. With the move, Meredith Speck slid into the heart of the midfield, sitting beside Cari Roccarro. Both Debinha and Lauren Milliet stayed as attacking mids with Lynn Williams playing as the line forward.

“Prior to the game we were a little bit worried about if Cari Roccaro could handle that one in the midfield, in that defensive midfield, we had talked about going to a box, a 3-6-1,” Riley said. “At halftime, I said to the guys, ‘We have to get a second holding mid in there, to get a grip of the game.’ That is why we made the change at halftime… It freed up the 10s a little bit more. It allowed Lynn to stay in between their two center backs. We felt she could cause more trouble there than she did in the first half. We just couldn’t find her.”

The Courage got on the board first with Abby Dahlkemper, who was wearing the armband in place of Abby Erceg who opted out, converting from 12-yards out after Debinha drew a penalty in the 18th minute.

It did not take long for the Dash to respond with Shea Groom picking Dahlkemper’s pocket just outside the Courage box before sliding it across the Veronica Latsko for an easy finish in the 25th minute. Groom picked up her second assist of the game shortly after, slipping Kristie Mewis into the box before the Dash’s number seven put it past two defenders and Stephanie Labbe for the go-ahead goal.

The Courage made it to the break without the Dash’s pulling ahead further but it was close as Houston put together a barrage of late chances, only for the final pass to just miss a players foot in front of the goal on each occasion.

The changes out of the break seemed to work as just seven minutes into the half, Debinha came up with an out-of-this-world strike from way outside the 18. While I could attempt to describe the goal, I think it is better for you to just see it for yourself.

“I haven’t got into Debinha at halftime probably in 18 months but I got into her at halftime,” Riley said. “I thought she was poor in the first half, didn’t get on the ball, made poor decisions, slow run of play. I had a go at her and before she left for the locker room I pulled her aside and said, ‘Listen. You’re the best player in the league. You need to perform. You need to get into the game. You need to play with a better tempo. You need to find Lynn more. You need to get on the ball more.’ That long one was almost an F-you coach. That one is for you, and I don’t mind that. I thought she was outstanding in the second half… That one from 35 should be on the top-10 tonight.”

After the Dash capitalized on some lax defending in the 71st minute, the Courage brought it back level again, this time with Lynn Williams knocking a cross from college roommate Rylee Baisden into the top corner.

The Courage wasn’t done there however as Debinha got on the scoresheet for a second time, putting the Courage back in front in the 85th minute, completing the comeback and giving the Courage a win in its opening game of the NWSL Fall Series.

The next game of the NWSL Fall Series will be on Saturday, Sept. 19 at home against the Orlando Pride.

Wolfpack Wager: Return to the books, clash with Hokies