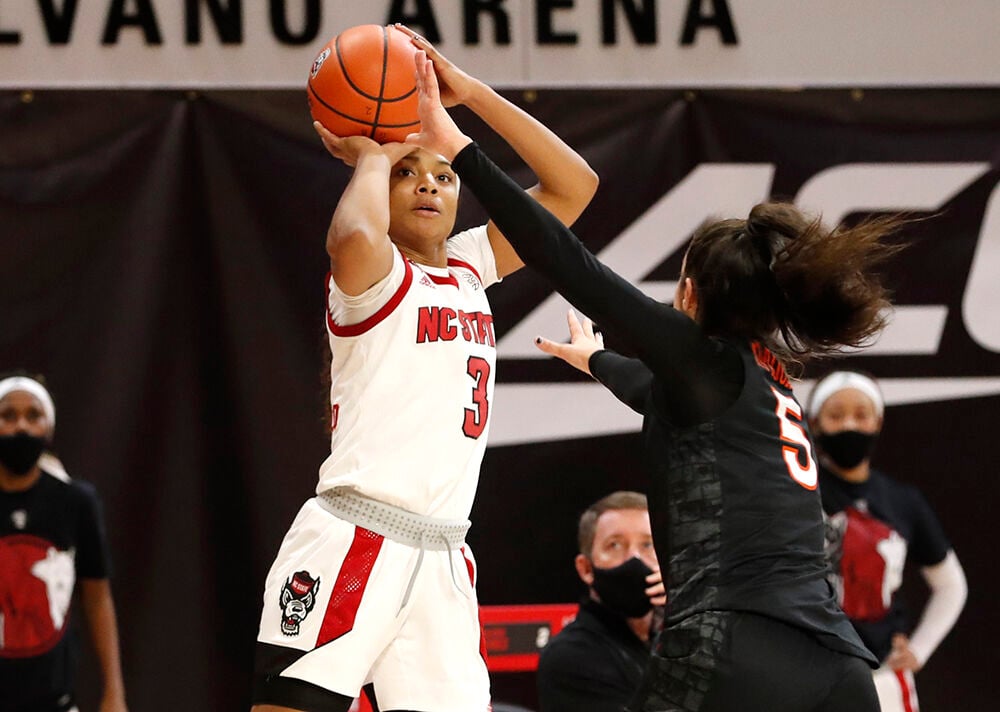 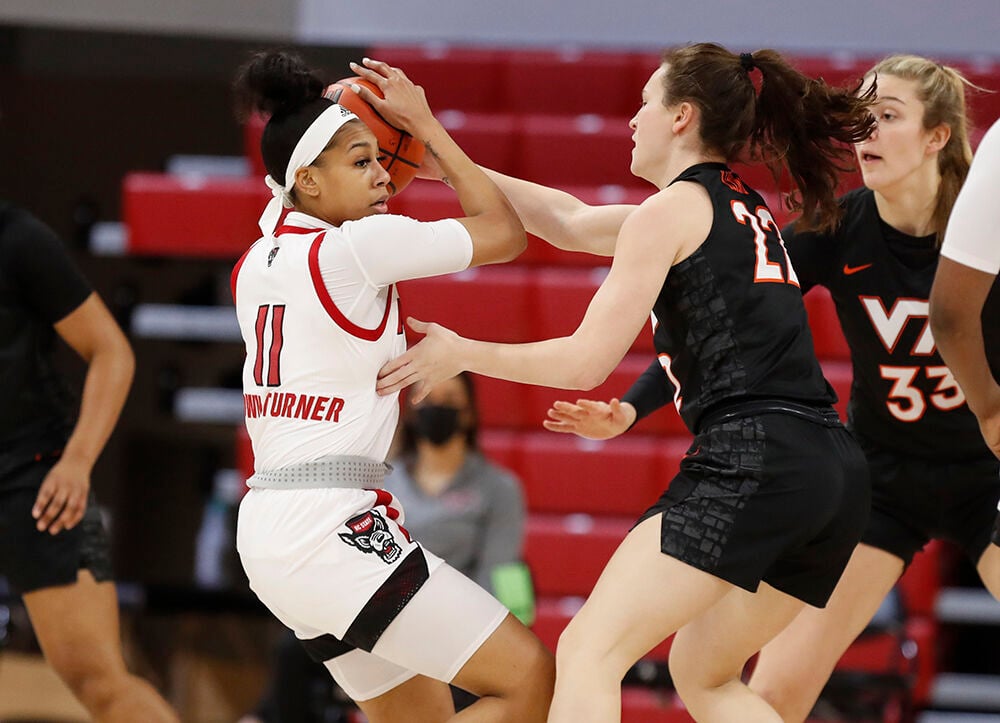 In its first action since winning against Boston College on Jan. 3, the No. 2 NC State women’s basketball team picked up where it left off as it defeated Virginia Tech 89-87 on Sunday, Jan. 24

The Wolfpack was without junior center Elissa Cunane, who was in COVID-19 contact tracing protocol. In Cunane’s place, head coach Wes Moore started redshirt sophomore center Jada Rice, her first career start. After the game, Moore stated that Cunane will likely miss the Pack’s next game.

“Very disappointed that we gave up that many points, but I’m so proud, on the other hand, that our kids fought and hung in there after not playing for 21 days,” Moore said. “To come back, and then be without your leading scorer, your 6-foot-5 All-American. Thought they showed a lot of grit and found a way to get it done.”

NC State trailed for over 27 minutes in the contest, but senior guard Kai Crutchfield came up huge late in the fourth quarter, delivering a personal 8-0 run with about four minutes remaining. Crutchfield finished the game with 20 points, three assists, two steals, and shot 70% from the floor and 57.1% from deep.

“I thought Crutchfield did a really good job for us,” Moore said. “Put up 20 points and did a very good job defensively…proud of our players and the way they competed today.”

“We got some players that in crunch time can make some plays,” Moore said. “Kayla Jones hit a big 3 for us, and then she knocked down a couple of big free throws...She just does so many things for us; she helps us in transition...She rebounds, she defends, the little things, she keeps everyone focused and on track and on the same page. Does a good job of making sure everyone knows what they’re doing. Couldn’t ask for a better leader and what a year she’s having.”

Brown-Turner stepped up for the duration of the game and kept the Pack around when the team as a whole struggled. Brown-Turner was huge in the first quarter particularly, scoring nine points and two 3-pointers, when the rest of the team was still finding a groove. The sophomore wing finished with a team-leading 23 points, hitting four of eight from beyond the arc.

With Cunane out, the Hokies made it a point to try and drive inside early, utilizing talented big Elizabeth Kitley. Virginia Tech continued to pound the ball inside to Kitley, who finished with 30 points and 13 rebounds, six of which were on the offensive glass.

Kitley wasn’t the only Hokies player to show out, as Aisha Sheppard and Cayla King had strong performances as well. Sheppard finished the game with 24 points, while King hit four of her six attempts from 3.

“We sprinkled the press in a little bit, we went with a small lineup and just tried to switch just about everything,” Moore said. “They’re so good coming off screens and handoffs and knocking down 3s. Obviously King really hurt us in the first half, and Sheppard did what she does, leading the country in 3-pointers made. And then Kitley, we were trying to get around her some...I have so much respect for the players, the talent on that team and the job that [Virginia Tech head] coach [Kenny] Brooks does.”

While Kitley was playing well, the Wolfpack defense put up an admirable effort that forced the Hokies outside early, which VT was able to capitalize on, knocking down 50% of its shots from deep in the first quarter. The Hokies kept their foot on the gas pedal from deep all game, finishing the game shooting 38.7% from 3.

“Virginia Tech’s a team that, their conference record is not what I’m sure what they want it to be, but it’s so misleading because they are so talented,” Moore said. “They have a post player in there that’s one of the best players in the league. Obviously scored 30 on us today… Then they’ve got three guards that all shoot 40-something-percent from the 3-point line. They’re just a tough matchup.”

For a team coming off a three-week break, the Wolfpack certainly showed it in spurts. The first quarter was rough for the Pack, as Virginia Tech delivered a barrage of 3-pointers, but the team was able to respond in the second quarter after trailing by as much as 10 early on.

The Pack put up a 30-point second period in the midst of a shootout from deep that lasted for much of the first half. The Pack made seven of nine 3-point attempts in the second quarter, led by Jones and sophomore center Camille Hobby, who scored 19 combined points in the quarter.

After the huge second quarter, NC State dropped the ball after the break and continued to make sloppy basketball plays. The Pack didn’t have a single player score over four points in the third, while Kitley and Sheppard scored 12 and 11 points, respectively.

Brown-Turner, Jones and Crutchfield scored 23 combined points in the last 5:31 of the game, with the team making six of its last seven field-goal attempts. Ten of “Clutchfield”’s 20 points came in the closing quarter, allowing NC State to escape an upset against a very tough Virginia Tech team.

“It’s just one possession at a time,” Crutchfield said. “Coach talked about the little battles and each play is a little battle, each screen is a little battle, so we just tried to focus on dialing in and concentrating on defense and offensively the shots will come, defense turns to offense, and I think that showed itself in the fourth quarter.”

The Pack will once again square off with Virginia Tech, this time on the road, as it heads to Blacksburg, Virginia on Thursday, Jan. 28.

I'm Tristan Tucker, assistant sports editor in the class of 2022 studying Communication Media and Statistics. I joined Technician in Fall 2018 and also write for FanSided, SB Nation, and am a broadcaster at PackTV.

OPINION: Romanticizing your day in order to be the main character will change your everyday life

OPINION: As the summer approaches, take advantage of the long-lasting benefits of summer classes