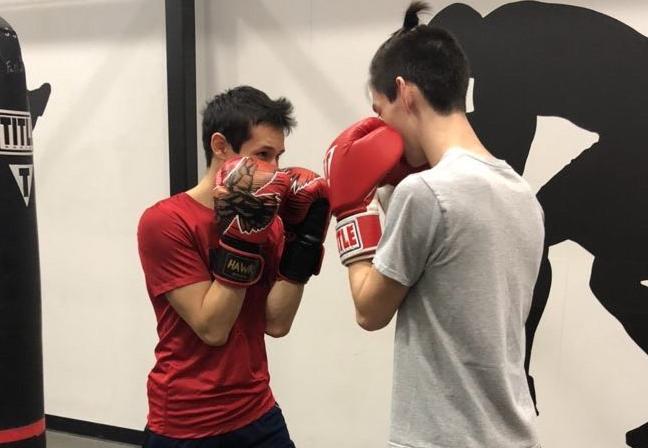 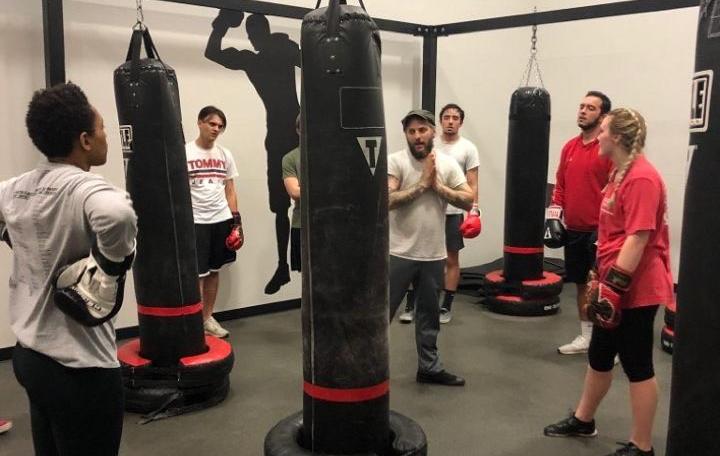 An ever-underrated aspect of NC State sports is the vast selection of club sports available to students. Most club sports dedicate a large chunk of the time teaching beginners how to engage in the sport, especially if they have not had much exposure before. The Boxing Club at NC State is no different, and operates as a class, which teaches students and fighters the fundamentals of boxing, in order to get their feet in the door.

“The idea behind The Boxing Club at NC State is to cater to a very wide variety of interests,” said coach Richard Lombardi. “There are people here that just want a good workout, there are people that have fight aspirations and everything in-between. We have a lot of experience to no experience. With large classes, I still have to constantly battle between making sure everybody is technically correct, especially if they’re going down a more serious road, and just making sure everybody is getting a good workout.”

Lombardi does not expect his students to come in and immediately display the skills of the likes of Muhammad Ali or Mike Tyson, and instead teaches fundamentals as they arise in coordination with the techniques that he teaches.

“If this were an actual boxing gym, we would be spending a lot more time on the fundamentals,” Lombardi said. “We sort of correct as we go in the interest of keeping everybody interested in what we are doing here. It’s a hybrid experience, I wouldn’t say that it encroaches into the realm of cardio boxing, as that stuff is good for your gas tank, but isn’t going to teach you any combat skills, so we try to be heavily focused on technique.”

While the club has not yet competed this year, Lombardi envisions the club to house prospective competitive fighters and give them opportunities to participate against other schools. This is not the only focus of the club, as Lombardi cares more about committing to teaching the art of boxing to students, and the technique and finesse that comes with the game.

“The agenda long term is for those that are willing to compete, and ready to compete, to be able to compete,” Lombardi said. “The club is relatively new, and I’m sort of beholed into the amount of time a student at this university can commit. I have to, as a coach here, put the scholastic life of these kids before this training. Were this a boxing gym, and somebody wanted to compete, we would be in camp, it would be very demanding. So it’s one of those scenarios where we felt if the right circumstance had arose, and it’s the right person, that we would work towards an opportunity for them to compete, but overall it’s not the total focus of the group. It is an option that we do offer though.”

If the NC State boxing club was to compete against other schools it would be against schools in the area, such as UNC-Chapel Hill or East Carolina. Both of those programs, especially UNC, have competed before, but Lombardi knows with his student officers leading the way, the club can look at those schools as realistic options for competition in the future.

“I always find myself increasingly impressed with the dedication of our officers of the club,” Lombardi said. “Considering a lot of them have pretty hefty scholastic schedules, their commitment to both showing up, getting their workout in, assisting me with the instruction and leading a lot of the sparring that is done off-campus, I’m always really impressed with the officers. Especially when we turn around and annoint new officers into the group as people graduate. I’m always keeping a lookout at who is going to be the next to be brought up.”

The main point Lombardi wants to get across to prospective boxers is that this is an opportunity available for anyone that is interested and that no boxing experience doesn’t preclude individuals from coming to meetings.

“It's an all-inclusive, all-interest level opportunity,” Lombardi said. “It is a no ego space, everybody is here to get a good workout, everybody is here to help each other. It is not a fight club, it is not a bunch of meat heads, I don’t coach from that perspective, I don’t walk around telling these kids I could beat them up if I want to, that’s insane. It’s a good time, we try to work hard, and we try to impart the ever-expanding discipline of the sport onto the practitioners that are here.”

NC State Boxing Club meets every Monday, Wednesday and Thursday at 7 p.m. in the boxing room at Carmichael Gym.