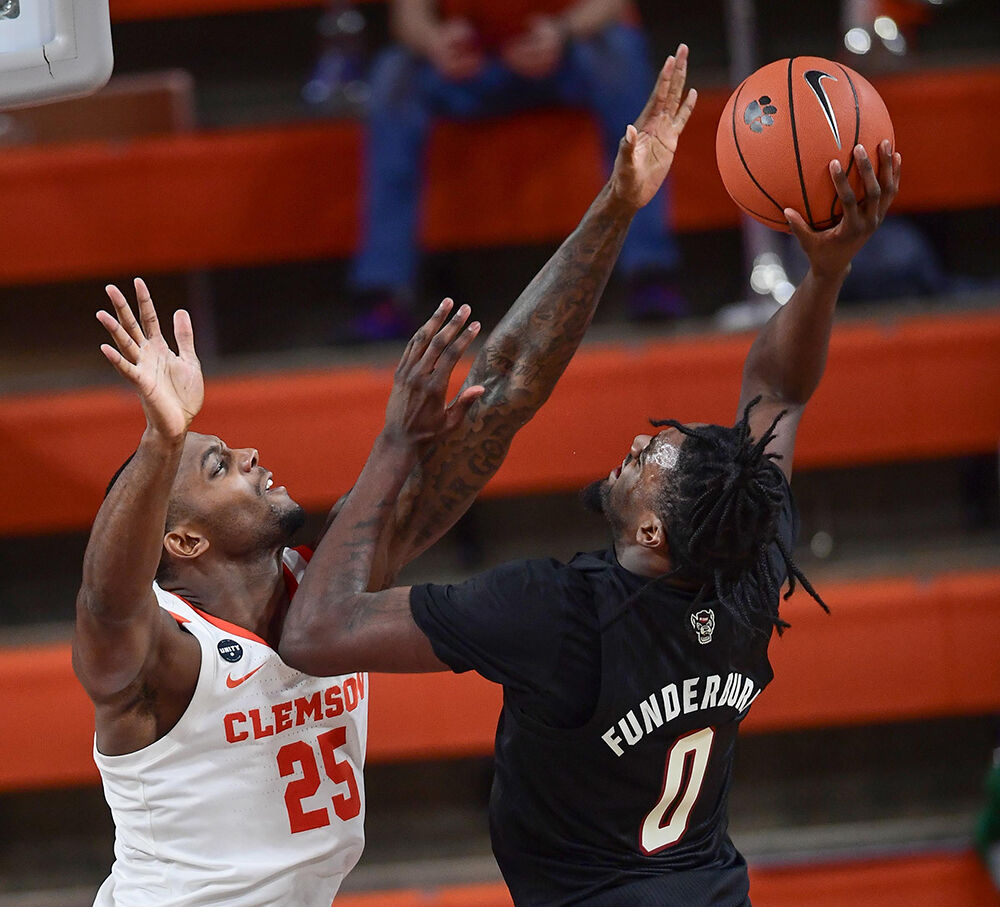 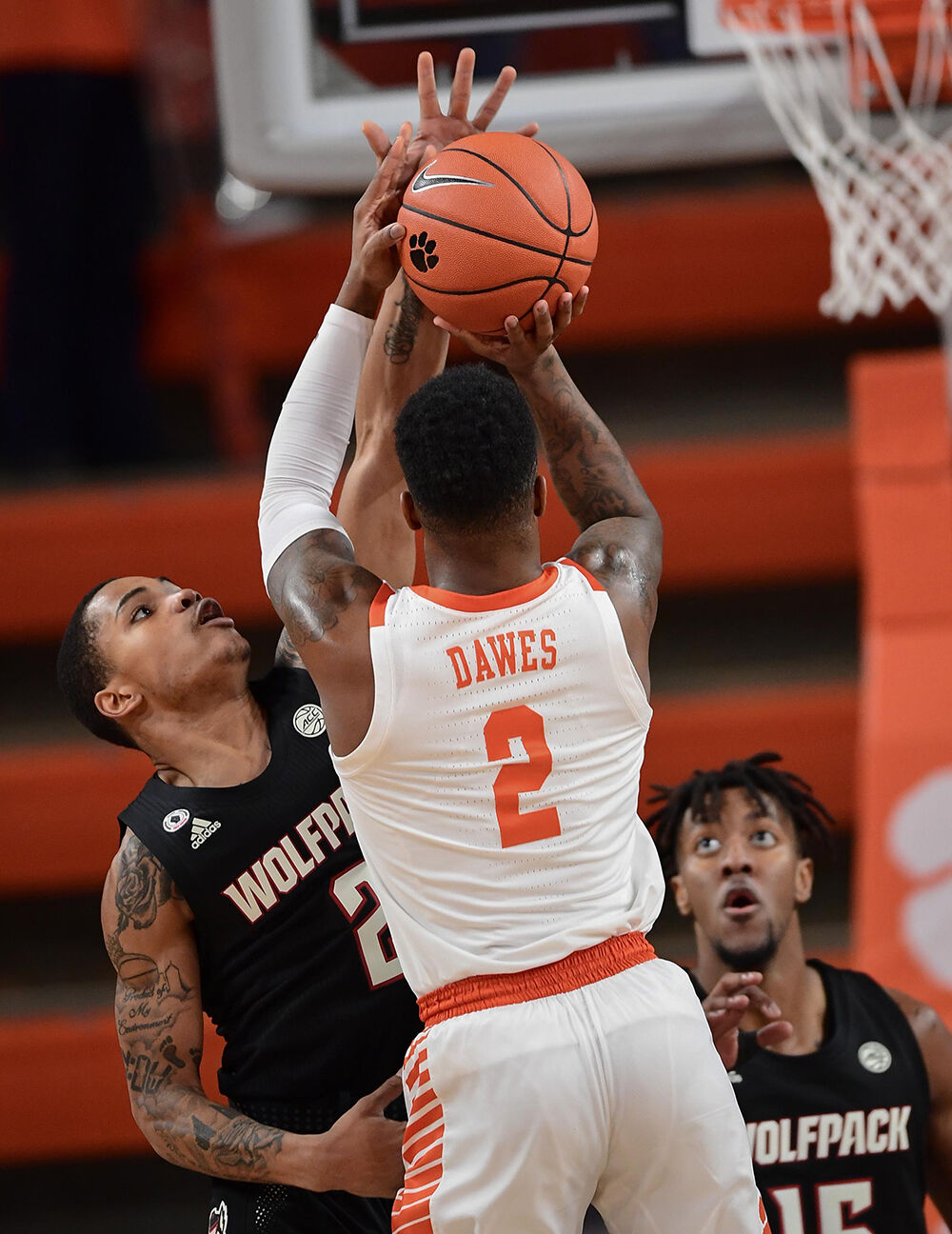 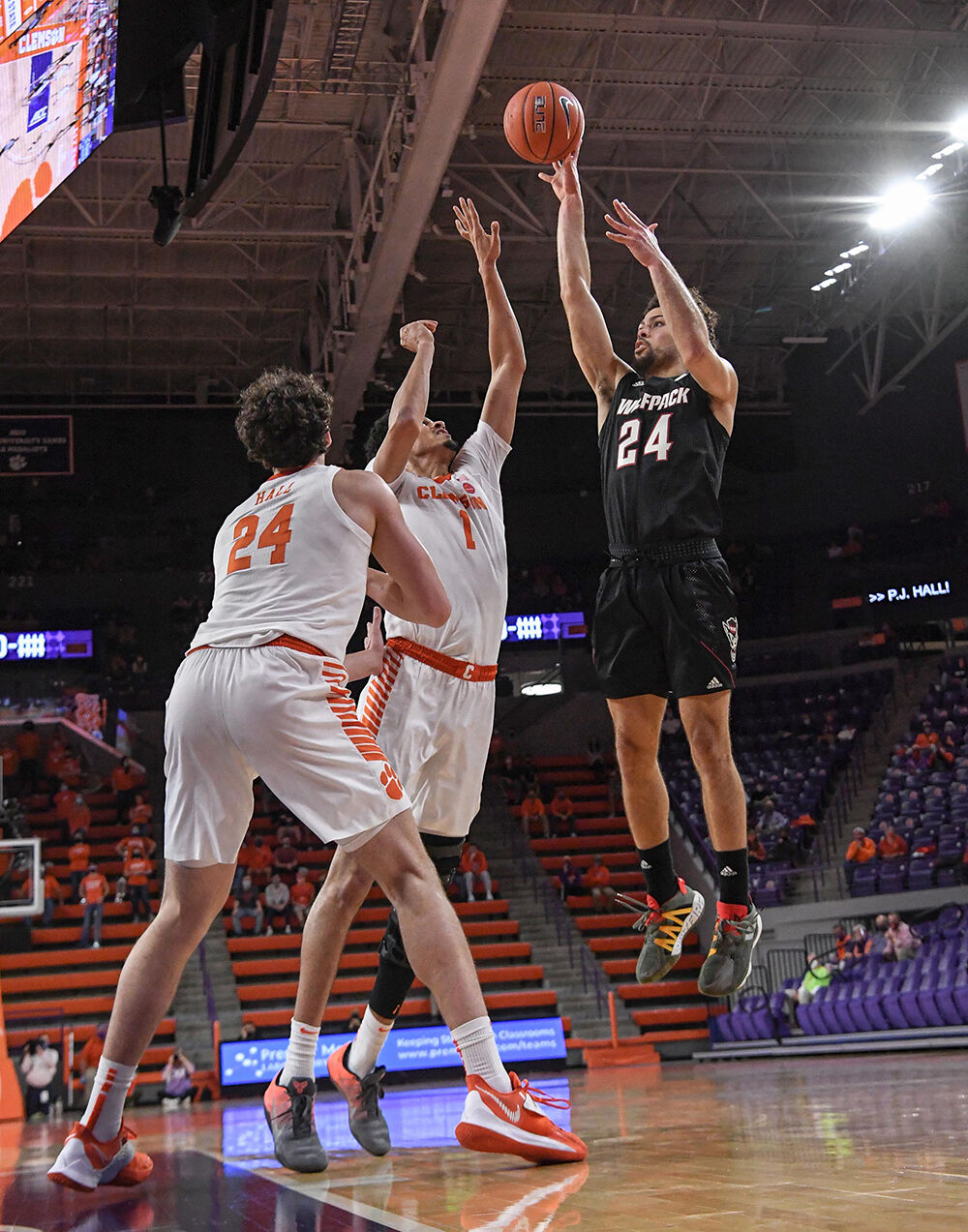 After leading for most of the game, NC State could not close out No. 19 Clemson on the road, losing 74-70 in overtime. Its first loss in ACC play was one that the Wolfpack (6-2, 2-1 ACC) had every chance to win.

Clutch buckets were there for NC State against North Carolina and Boston College, but the Wolfpack could not find a basket when it needed it most Tuesday evening at Littlejohn Coliseum.

“We didn’t win the game simply because we made too many mistakes down the stretch,” said NC State head coach Kevin Keatts. “...If it's one of those games that were going to lose, then we have to get better from that. We have to learn from that.”

The Wolfpack was led by redshirt senior forward D.J. Funderburk with 20 points, including a perfect nine-for-nine clip from the charity strike. Redshirt senior guard Devon Daniels registered a double-double with 18 points and 10 rebounds, playing all 45 minutes.

In a matchup where both teams were known for their defense styles, buckets were hard to come by early on. The Wolfpack picked up Clemson (9-1, 3-1 ACC) full court, causing havoc while the Tigers were scrappy in the half court.

Just prior to the under-eight-minute media timeout in the first half, the Wolfpack went up 26-20 on back-to-back 3-pointers, one from freshman guard Shakeel Moore and the other from Daniels. The latter was in transition after redshirt junior guard Thomas Allen dove on the floor for a loose ball.

It was from downtown where both teams found some offensive spark in the first 20 minutes. NC State drilled six while Clemson hit five of its own.

Clemson cut the NC State lead to two points, but went scoreless in the final 2:47 of the half which let the Wolfpack extend its lead to 39-32 at the break. Moore found Funderburk in the lane for a slam as time expired to end the half with a bang.

“I thought in the first half the pace was completely in our favor,” Keatts said. “...We had Clemson playing a little faster than they like to play.”

NC State shot 56% from the field in the first half while holding Clemosn to just 41%. The Wolfpack also forced six turnovers leading to eight points.

Early on in the second half, Clemson relied heavily on Nick Honor. The guard scored eight Clemson points in a row, keeping the Tigers in the game. Thanks to the hot hand of Honor, NC State held just a 47-44 lead with 11:53 left. Honor ended with a game-high 21 points, including five 3-pointers.

Coming into the game, the leading scorer for Clemson was Aamir Simms with 13.1 points per game. NC State executed its gameplan on Simms, as he only mustered eight points on three-of-11 shooting, half of those coming in overtime.

“We just tried to come in and lock [Simms] down,” Funderburk said. “...He did what he needed to do to get his team the win. So you can't do anything but respect that.”

It was Honor who drilled a 3-pointer in transition to tie the game with 38.3 seconds left in regulation. On the ensuing possession, Daniels turned the ball over, giving Clemson the chance to win the game at the buzzer. Honor then tried to take Moore one-on-one to win the game, but the freshman blocked Honor’s shot to send the game to overtime.

“[Moore’s] a bulldog,” Daniels said. “He’s a freshman, but he has so much poise. I love his mindset”.

In the extra period, two turnovers from Daniels and the awakening of Simms on the offensive end put the Wolfpack in a hole. A hook shot from PJ Hall with 10 seconds left effectively ended things for NC State as it fell 74-70.

“We got to get better; we will get better,” Keatts said. “I told my guys I’m proud of them. They played their butts off.”

The Wolfpack will be back in action when it hosts Miami Saturday, Jan. 9 at noon. The game will be televised on regional sports networks. To keep up with live updates, follow @TechSports on Twitter.