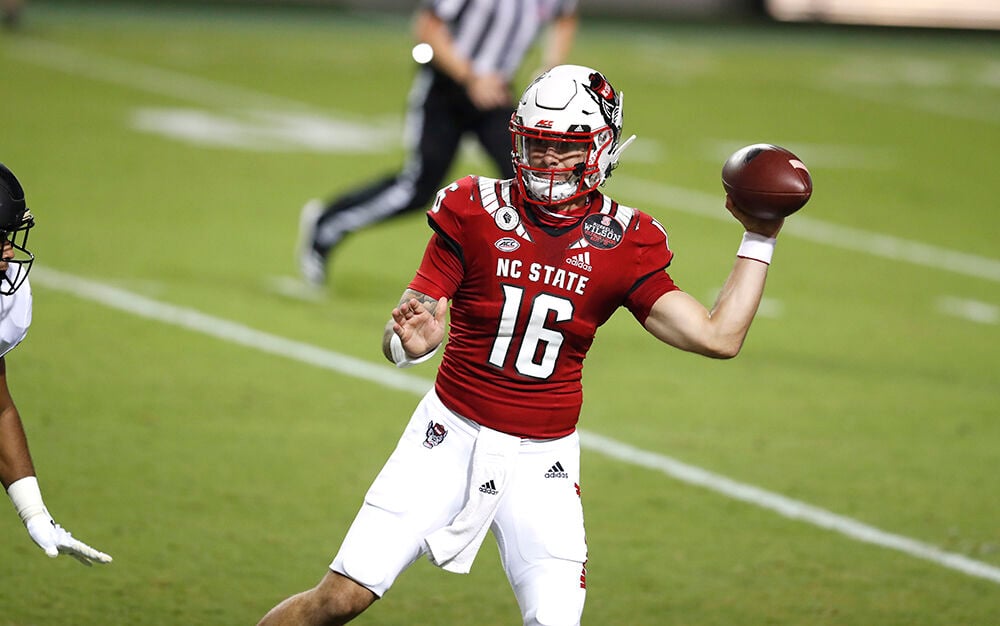 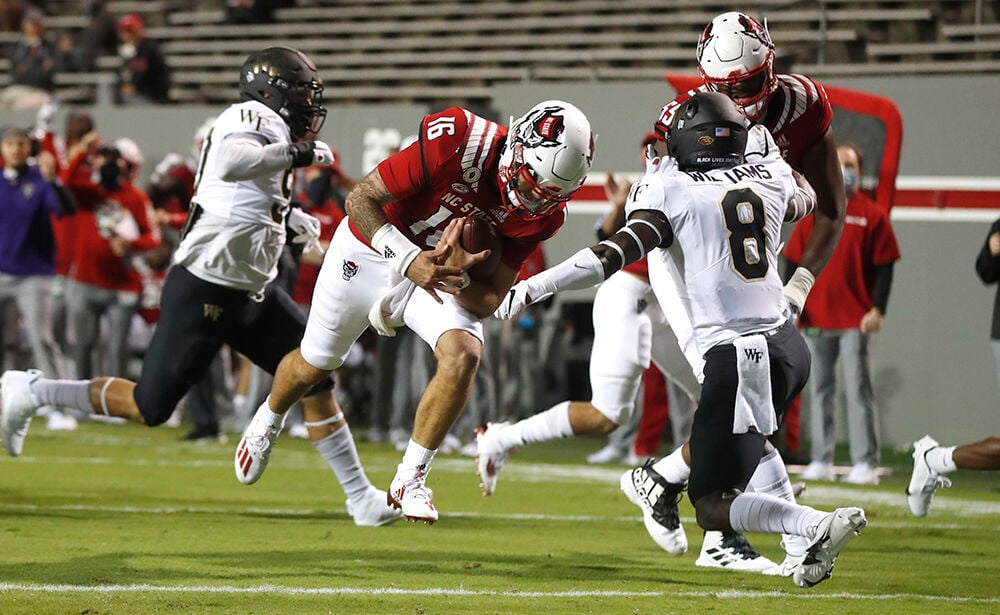 N.C. State quarterback Bailey Hockman (16) runs in for a 7-yard touchdown reception during the first half of N.C. State's game against Wake Forest at Carter-Finley Stadium in Raleigh, N.C, Saturday, Sept. 19, 2020.

N.C. State quarterback Bailey Hockman (16) runs in for a 7-yard touchdown reception during the first half of N.C. State's game against Wake Forest at Carter-Finley Stadium in Raleigh, N.C, Saturday, Sept. 19, 2020.

While NC State fans lauded the hire of new offensive coordinator Tim Beck, some derided it because of troubles at his last two stops in Texas and Ohio State. Both ended with Beck losing play-calling duties to offensive-minded head coaches, and likely turned Beck off working with that type of head coach.

Coming to NC State meant more freedom for him to run his system, and it meant that while NC State had something to prove in hiring him, Beck also had something to prove in coming to Raleigh. Forty-five points, 463 total yards and one victory later, the message was received loud and clear. NC State’s offense hasn’t looked this explosive in a long time; it was even more explosive than some points in Eli Drinkwitz’s tenure.

NC State recorded 18 chunk plays and showed a wider variety of formations than we saw last year. Junior running back Ricky Person Jr., who said he constantly reminds the coaches he played quarterback in middle school, even got to throw a Tebow-esque jump pass for a touchdown.

“They had a lot of fun tonight, and it’s been a long time coming,” said head coach Dave Doeren. “Started fast in the opening quarter, started fast in the third and had to overcome some adversity, but [I’m] proud of them.”

More than anything else though, the offense seemed like it was finally having fun and playing with confidence. When players talked about Beck’s system during camp, they all seemed to mention how proven he is, and after dealing with two co-coordinators who didn’t have that same track record last year, the trust they had in his system translated immediately in both execution and resilience.

“A lot of credit to coach Beck with the offensive play calling,” Person said. “We’ve been working this since the spring. So credit to everyone that paid attention to the details, [just] like coach was saying to us prior to the game, we need to take pride in the small details.”

Those small details created major effects. The offensive line was dominant, and the reason why NC State had two rushers over 90 yards and averaged over 5 yards per carry as a team, and surprise starter Bailey Hockman went 16 of 23 for 191 yards, a touchdown and an interception.

“My mindset coming into the game was just to focus, to lock in,” Hockman said. “Not try to be Superman, not try to do too much, just do my part and I feel like I did that tonight. My teammates did a great job.”

While Hockman’s performance wasn’t earth-shattering, the fact that he was able to do just enough to get NC State a conference victory, which came few and far between last year, is huge. And it’s enough to reignite a quarterback competition thought to be decided.

“Devin [Leary]’s done a great job also, so much credit to him, he’s a great player,” Hockman said. “But it’s competition. At the end of the day, I’m just happy to be the guy for this team. I love these guys, and I’d do anything for them.”

When asked whether this would change his mindset, Hockman said, “No, not at all. In my mind, I was the starter since day one.”

The Wolfpack football team came ready to play in its season opener and it showed with its back-and-forth 45-42 win over Wake Forest to end it’s six-game losing streak. Head coach Dave Doeren said he was proud of the way his team fought even if it wasn’t the perfect game.