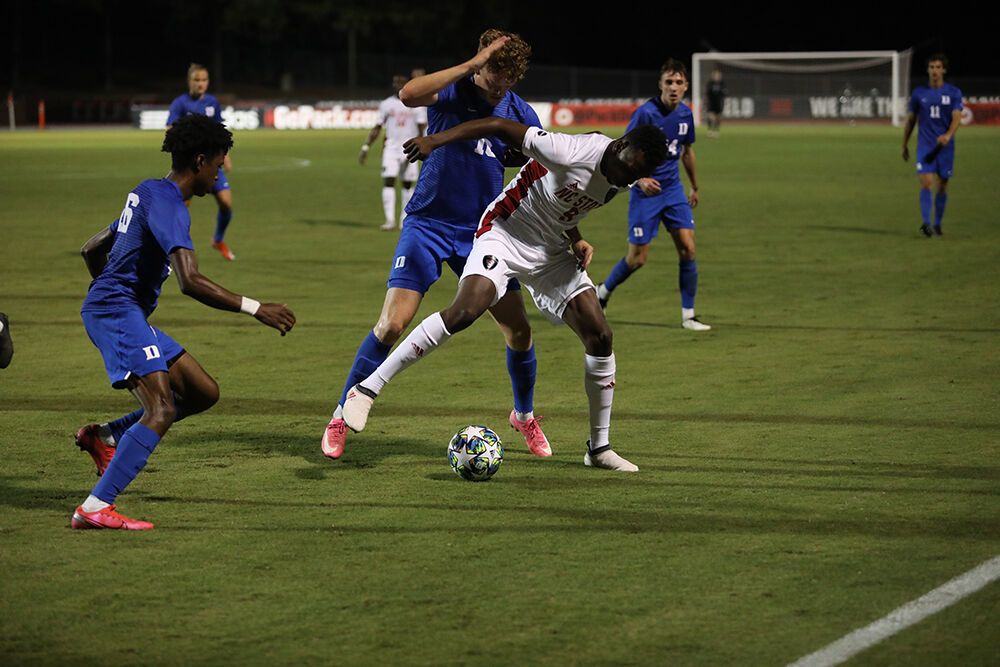 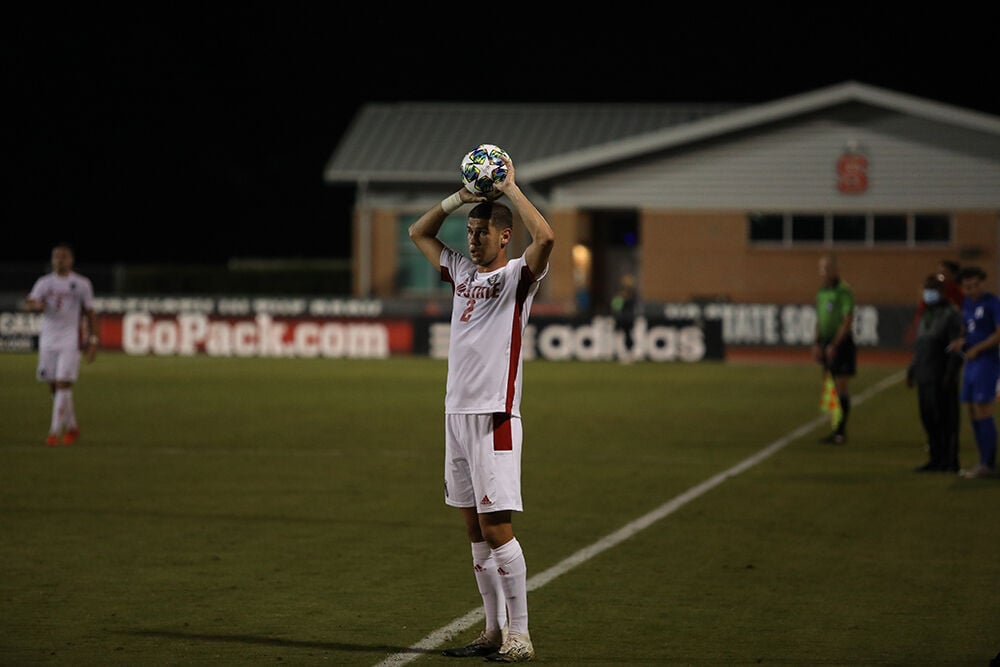 After a scoreless first half, Duke (2-2, 2-1 ACC) scored two goals within a span of 10 minutes to take a commanding 2-0 lead with less than 25 minutes remaining. Despite a quick answer by the Pack to make the score 2-1 with just over 20 minutes left, Duke scored once again with just over three minutes left, ending any hope of a miraculous Wolfpack comeback.

“As a team, we didn’t come out and do what we were supposed to do,” said junior forward Ivy Brisma. “I think we are much better than we looked tonight. Collectively, we just need to regroup, come back and be better next time. We have a lot of work to do, and obviously we have a long way to go.”

Both teams had their opportunities in the first half, but early on it was NC State who seemed to be the more refreshed side. A pair of corner kicks from redshirt sophomore midfielder AJ Seals produced chances tantalizingly close to finding the back of the Duke net, and though none of the Wolfpack’s shots in the first half were on target, aside from a cross from junior Pepe Garcia that technically registered as a shot, it seemed as though NC State was at least poised to control the ball for the remainder of the opening period.

However, Duke seemed to come alive as the first half wore on. Redshirt junior goalkeeper Leon Krapf was called on early to make key saves to prevent NC State from getting into an early hole. Duke was playing just like NC State did early in the period - the only difference was they were getting their shots on target.

That being said, there was nothing in the first half that would suggest that this game would be any different from NC State’s first match against Duke, which remained goalless until deep into the extra periods. But as the second half began, Duke provided plenty of reasons - often in the form of goals - why that wouldn’t be the case.

Duke struck twice in quick succession, first off the head of Lewis McGarvey and then courtesy of Jack Doran. Brisma brought the Wolfpack within one, but it seemed like all NC State could muster.

“It’s not like I did anything different,” Brisma said. “We were just really unlucky not to score in the first half. I had the opportunity, I took it and I was able to capitalize.”

The Brisma goal came with a little over 20 minutes left in the game, but the Blue Devils snuffed out any chances of the Wolfpack getting back into the game. They held possession away from the NC State offense and made timely tackles when they didn’t. Duke finally found an opening late in the game, and restored its two-goal lead against NC State.

After Krapf made another save, which had become customary at that point, Daniel Wright, who had gotten a hold of the ball at the edge of the box, blasted a shot that, once past the NC State defense, Krapf had no chance of stopping.

“Leon [Krapf] made a lot of good saves that kept us in the game,” said NC State head coach George Kiefer. “It’s really unfortunate that we lost on those three goals.”

While the team is now winless in its first three games, there are still plenty of games remaining this season for it to turn its fortunes around.

Kiefer is also optimistic about his team and believes that the tough start to the year could help the team in the long run.

“Right now we’re reeling a little bit, but I do think the punches we’re taking right now are gonna help these guys grow up quick, and I have a lot of confidence in the talent that we have,” Kiefer said. “I think we can turn this thing around real fast.”

The Wolfpack will be back in action, this time against Navy, on Sunday, Oct. 18. The game will be broadcast on ACCNX.