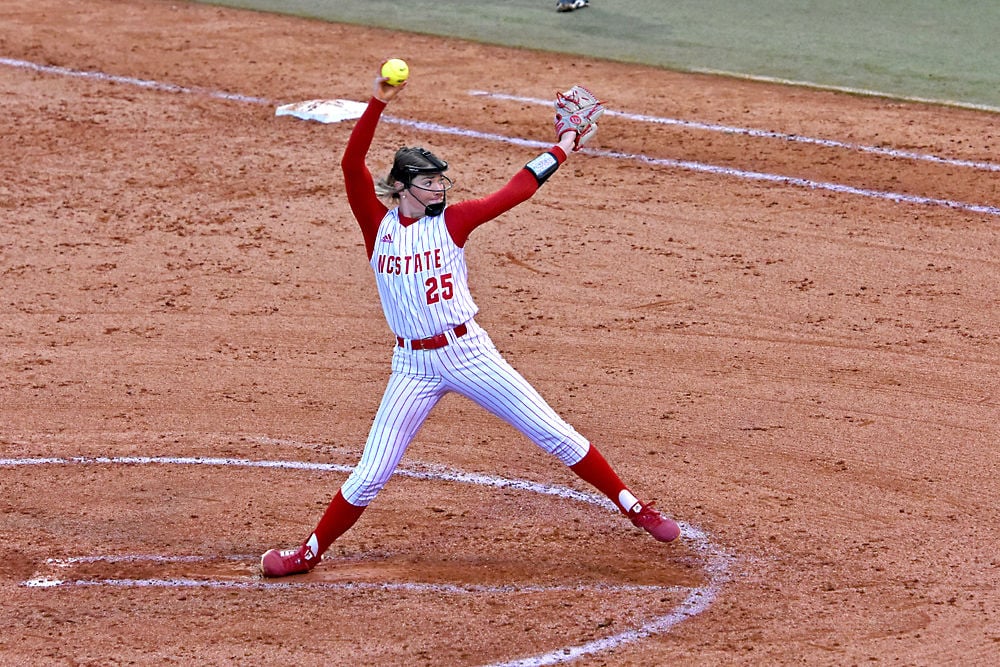 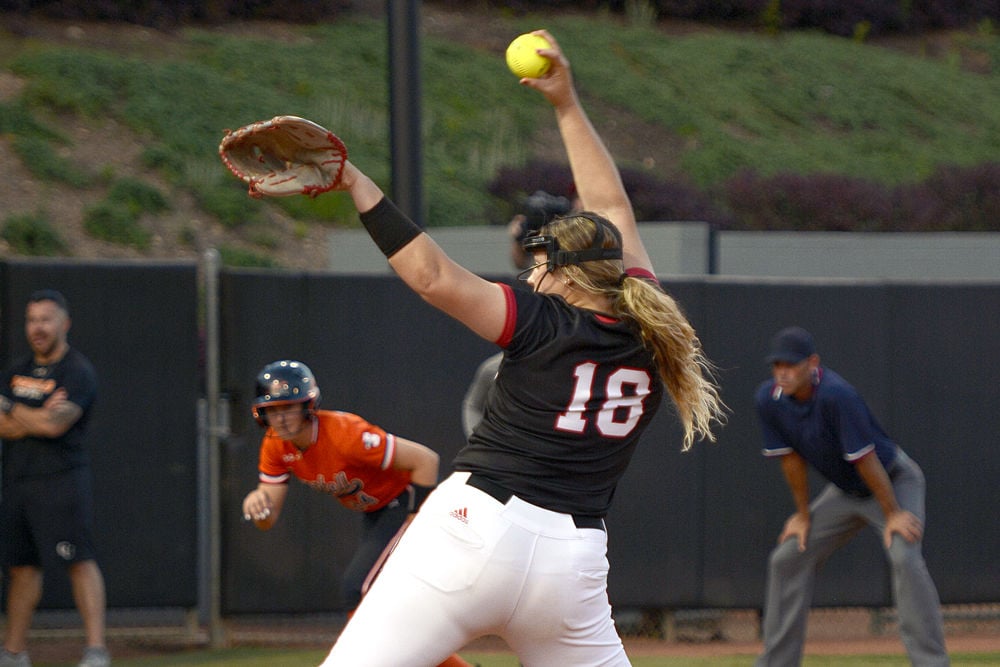 Sophomore pitcher Kama Woodall winds up to pitch against Campell on Wednesday, April 24. The Wolfpack lost to Campbell 6-4 at Dail Softball Stadium.

Sophomore pitcher Kama Woodall winds up to pitch against Campell on Wednesday, April 24. The Wolfpack lost to Campbell 6-4 at Dail Softball Stadium.

The eighth-seeded NC State softball team knocked off top-seeded Virginia Tech 3-2 in the quarterfinals of the ACC Tournament Thursday afternoon in Tallahassee, Florida.

NC State drew first blood, scoring in the top of the first inning to take an early 1-0 lead. Sophomore left fielder Sam Russ led the game off with a single, and after advancing to second base on a fielder’s choice, a one-out single to right field by sophomore infielder Logan Morris scored Russ.

A single by Morris and a double down the left-field line by junior infielder Skylar Johnston to lead off the top of the fourth inning put runners in scoring position for junior right fielder Brigette Nordberg, who laced a single into left field to score Morris and give the Wolfpack a 2-1 lead.

After an infield popup held runners at first and third, senior second baseman Natalie Jones reached on a fielder’s choice to shortstop and Johnston scored, doubling the Pack’s lead to 3-1.

Virginia Tech threatened in the bottom half of the inning, putting runners on first and second base with no outs, but Wallace forced back-to-back popups and a groundout to end the inning and keep the Hokies from cutting into the deficit.

Just one inning later, Virginia Tech managed to shave the Pack’s lead in half, with catcher MacKenzie Lawter launching a home run to center field, making the score 3-2 and forcing a pitching change as sophomore righty Kama Woodall replaced Wallace.

Woodall retired the next two batters, and after allowing a two-out single, picked up a strikeout to end the inning and put the Wolfpack just six outs away from advancing to the ACC semifinals.

A leadoff double in the bottom of the sixth inning inched the Hokies closer to tying the game up, and a sacrifice bunt put a runner on third base and one out. Woodall got the next batter to hit a sharp groundball to first base, and Johnston fielded it and fired to sophomore catcher Madeline Curtis who tagged the runner out at the plate. Woodall got the next batter to ground out and the Pack escaped unscathed.

NC State went down in order in the top of the seventh inning, and Woodall stepped into the pitcher’s circle needing just three outs to knock off the ACC’s best team.

Woodall calmly retired all three Hokies batters in order and after a rocky showing throughout the season, NC State is now just two wins away from an ACC championship.

Wallace and Woodall were fantastic in shutting down a Virginia Tech offense that hit .341 as a team with 90 home runs entering the game. The two righties each allowed two hits and did all their damage by forcing balls to be put in play and letting their defense take care of the rest, as the two combined for just one strikeout.

NC State will return to action on Friday at 1 p.m. when it takes on the winner of fourth-seeded UNC-Chapel Hill and fifth-seeded Louisville in Tallahassee, FL, on the campus of Florida State.