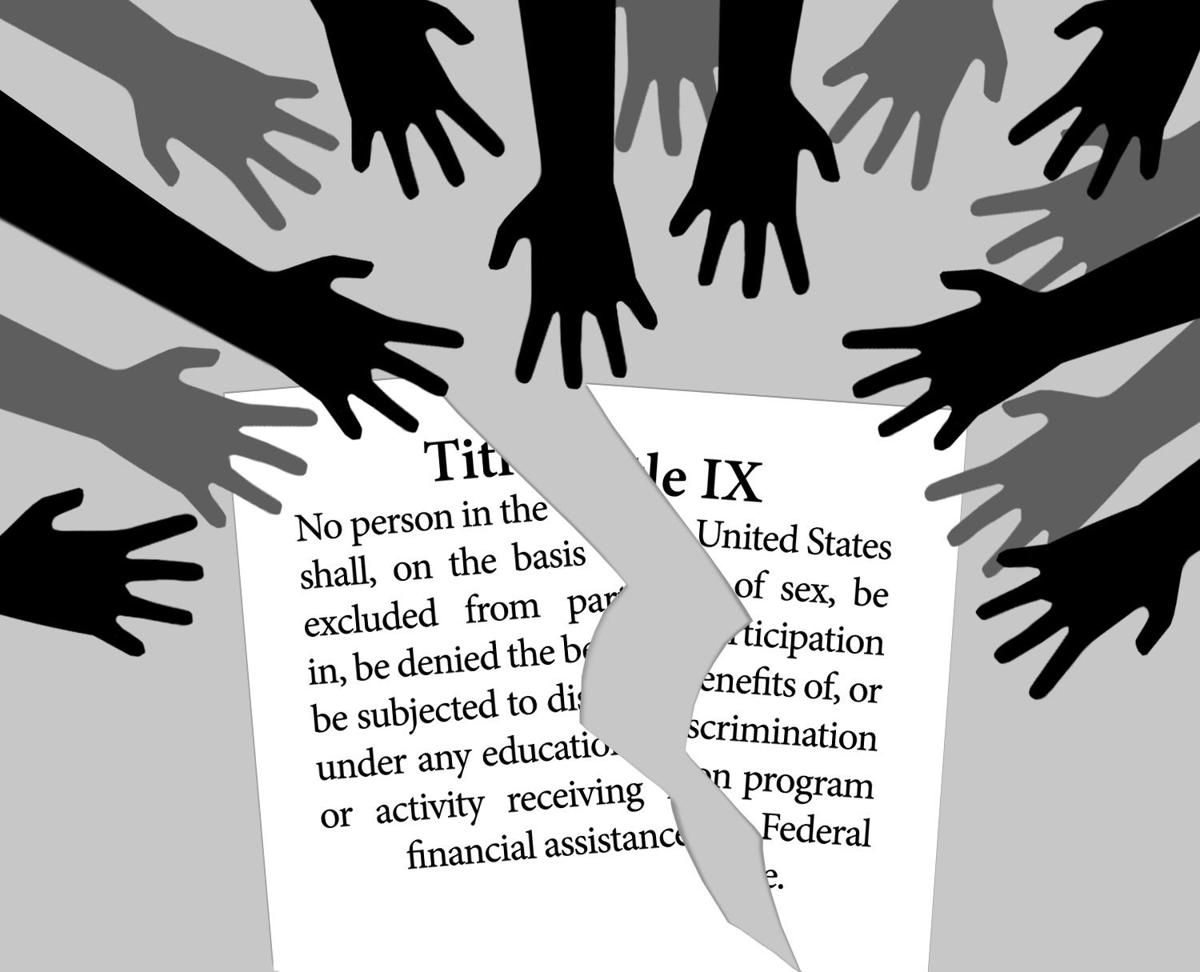 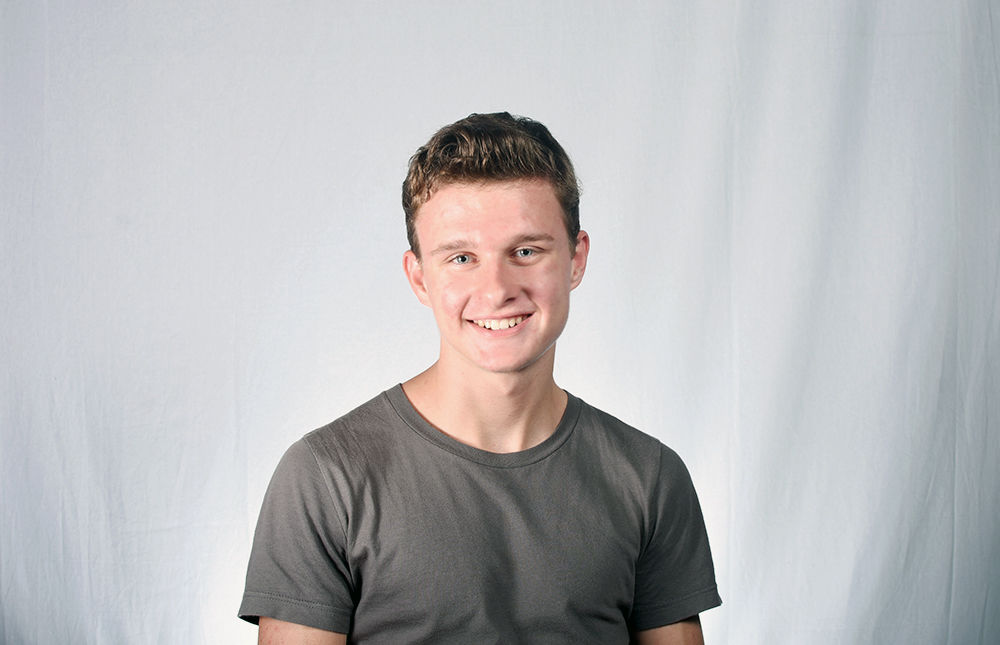 Going into this week, I knew I wanted to write something about sexual assault and how it is treated within universities. For those who don’t know, there have been two large stories regarding this very subject in the past month. First, Friday, May 1, the NC Supreme Court ruled that UNC System universities must release the “disciplinary records of students found responsible for sexual assaults on campus.” Second, Thursday, May 14, ACLU and others sued the U.S. Department of Education over new campus sexual assault rules that state that student perpetrators can cross-examine perpetrators and vice versa during hearings through a lawyer, alongside added protections for student perpetrators.

Both are very relevant to our student body, and well within their rights to have entire columns dedicated to them. But as I read through both, a few bits of information caught my eye. All the language of these cases seems to be modified court language. Instead of being found “guilty,” students are found “responsible,” and universities are bound to “investigate” reports of sexual misconduct. I knew about all of this already, though after reading a few articles, it became clear to me that the idea of universities handling things like rape accusations is patently absurd. However, in reality, it also happens to be the only option for many.

So instead of writing a column that seems to pick sides on either of those previous stories, I would rather use them as a jumping-off point to talk about why universities have to investigate sexual assault and rape, why it isn’t great and how, until larger reforms are made to the broader landscape of sexual assault cases, universities are stuck as the less-than-ideal arbiter for sexual violence.

Universities investigate sexual misconduct because of Title IX of the Education Amendments Act of 1972, which stated “No person in the United States shall, on the basis of sex, be excluded from participation in, be denied the benefits of, or be subjected to discrimination under any education program or activity receiving Federal financial assistance.”

As universities are education programs that receive federal funding, they are subject to Title IX’s requirements. And with Supreme Court cases and “guidelines” from the Department of Education, Title IX has developed to the point where universities are required to investigate sexual violence, and though they cannot enforce prison time, they can expel and suspend, among other things.

Many view this as problematic. In her recent rollback, Secretary of Education Betsy DeVos called the investigations by universities a “Kangaroo Court” for hopping from one case to another; it’s a common phrase used to attack Title IX, since its burden of proof has been debated recently.

Many also view this as a supplemental resource to survivors, and view many reporters of sexual violence as not being taken seriously enough when reporting a crime to the police.

Perhaps you fall into one of these two groups, or perhaps you don’t. Regardless, there’s a larger issue at the heart of all of this: the double standard of reporting sexual crimes to a university versus reporting it to the police.

While universities are obligated to investigate reports of sexual violence, there are currently huge problems with reporting sexual crimes to police. According to Know Your IX,  “Only a quarter of all reported rapes lead to an arrest, only a fifth lead to prosecution, and only half of those prosecutions result in felony convictions.”

It’s because of this that many view Title IX as so essential, since it provides an alternative that is quicker, less painful, more accessible and more reliable than the police. While it doesn’t send the responsible to prison, many view this as a preferred outcome.

This causes some problems. The most notable in my opinion has to be the the idea of a class divide in sexual assault reporting. It seems clear to me that if I wanted to report rape, I would have much better chance of being taken seriously if I had the money and capability to afford a college education. Hell, even in a world where wealth is completely separate from education, the divide would still exist, except only between the college-educated and non-college educated.

Likewise, if I were to be accused of rape, it seems I would have much more in the way of defending myself in the court system, if the case ever even made it there to begin with.

This division is blatantly unequal. But there are two counterarguments worth addressing.

First is the claim that Title IX reporting runs in parallel to police reporting, and is not meant to supplement it. While that is true for those who enjoy its privileges, for those not involved in an “education program or activity receiving federal financial assistance,” the option does not exist. Thus, while it runs parallel for the educated, it doesn't exist for everyone else. It is a resource of further prosecution that the privileged retain exclusive access too.

Second is the argument that workplace sexual harassment can also be reported to an employer, so even if you aren’t in college, you still have another resource beyond the police. This counterargument has numerous holes, however. Most egregiously, it simply shifts the line of double standard from non-educated to non-employed.

Having two systems that treat different individuals differently is the perhaps the most blatant form of discrimination.

As I sat down to create this column, I kept running into the same hurdle. I would think of a take for one of those first two stories, yet each time I examined the angle, I became doubtful that it actually moved the conversation forward for anyone. It seemed to me I was saying what I believed to be true, but I was unsure if there was any way to convince those who disagreed with me. And that’s understandable; this is a sensitive issue and one that is spread across the entire world. Many people’s beliefs regarding it are just that — beliefs, set in stone. So, instead of instigating a response by saying something bound to be controversial to at least one side, I would much rather have the reader take away a new perspective. I hope for at least a few readers, that’s what I have done.

I am certain that what I have said is bound to ruffle some feathers for others. Many believe the protections given by the Title IX mandate to be additional rights towards survivors. Others still believe the “problem” with the legal route as a protection of a right to due process. I worry that each side focuses on the limited benefits their system provides towards people like them, and points to the other’s failures as an excuse to perpetuate a literal double standard. The only true way to solve the issue would be to radically reform both systems until they become one in the same.

Even still, I fear that a culture of whataboutism will lead each side to view any reform as an attack on their rights. The sad truth is that this may not be wrong either; the right to due process and the rights of a survivor are often in conflict. Moving these two systems closer to one another needs compromise, and compromise demands looking at the picture as a whole. Only by viewing this issue in a broader lens can we create a system of governing that does not perpetuate discrimination.

OPINION: North Carolina needs to revert back to phase 1 before things get worse

OPINION: There is no honor in American politics