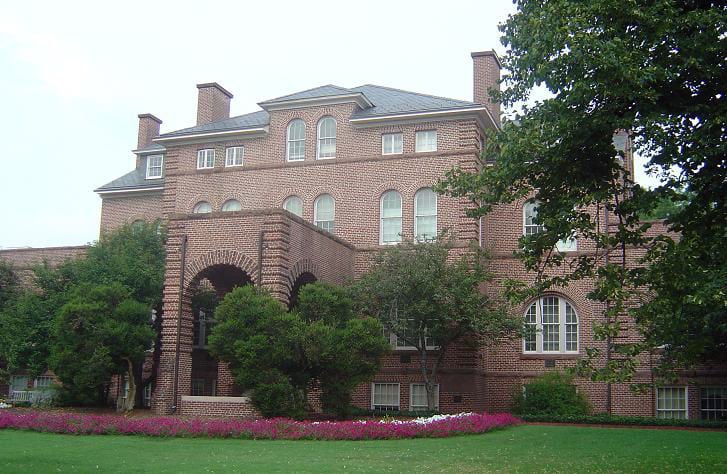 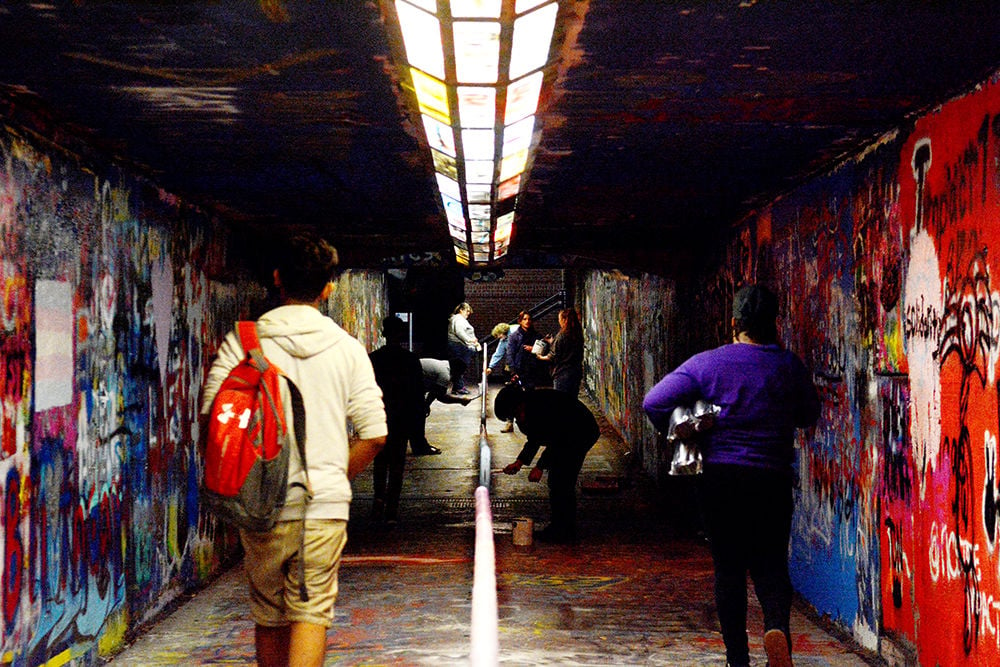 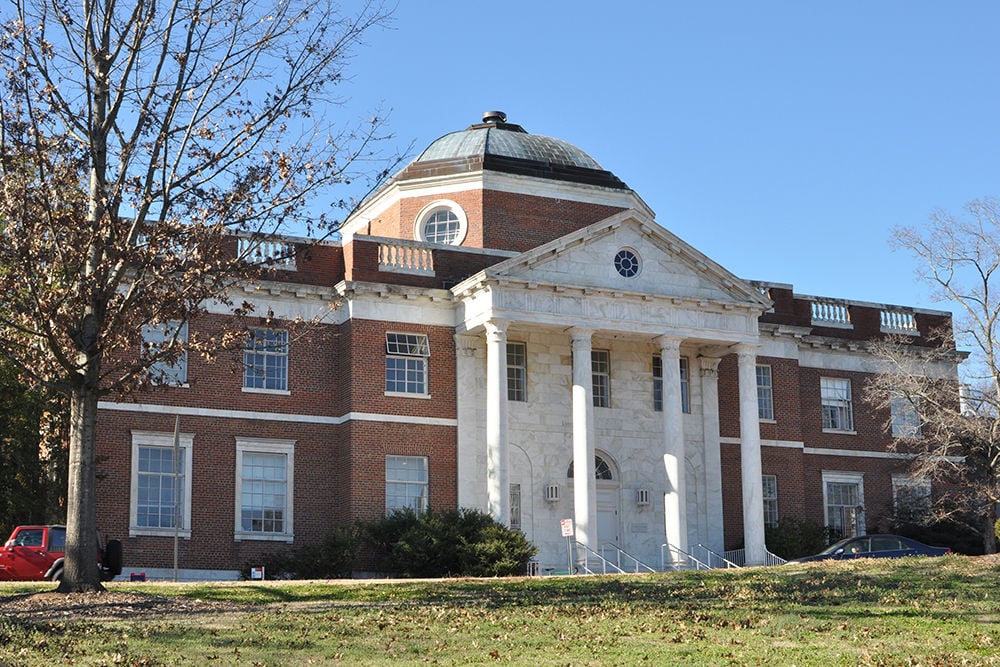 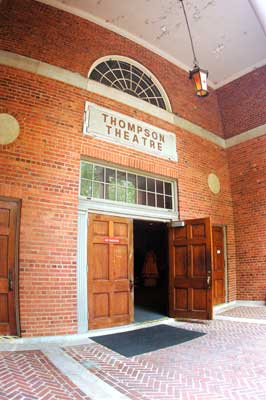 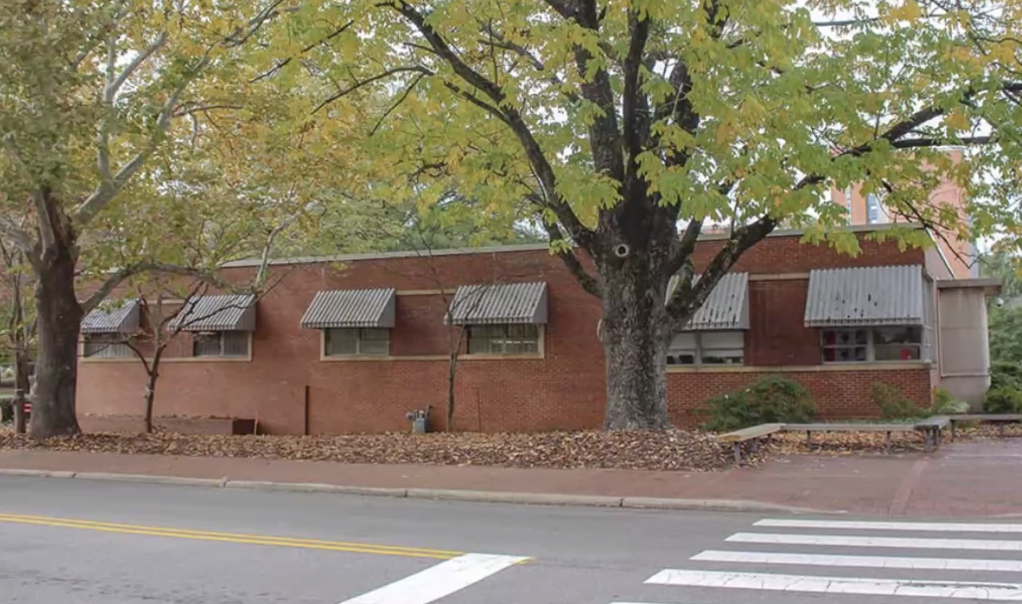 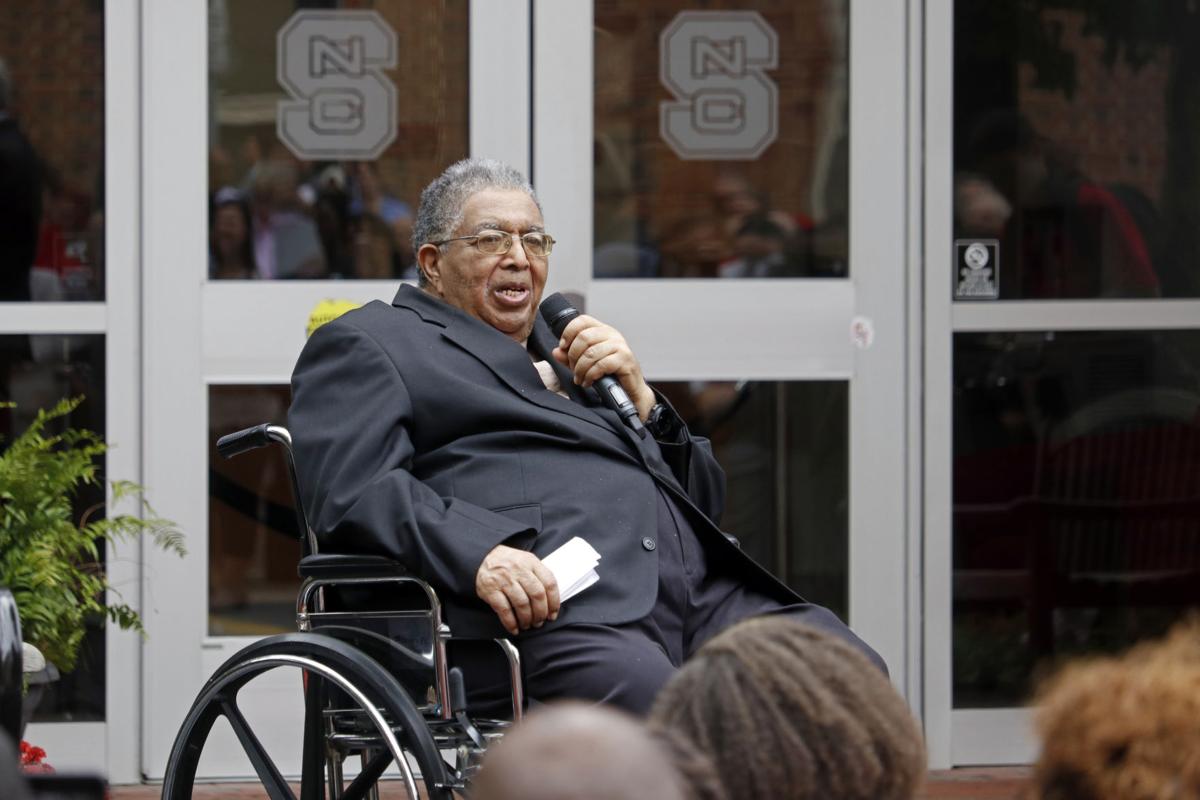 Irwin Holmes, the first African-American to earn an undergraduate degree from NC State, delivers remarks at the renaming ceremony for Holmes Hall, formerly known as University College Commons on Thursday, Nov. 1. Holmes graduated with a degree in electrical engineering.

Irwin Holmes, the first African-American to earn an undergraduate degree from NC State, delivers remarks at the renaming ceremony for Holmes Hall, formerly known as University College Commons on Thursday, Nov. 1. Holmes graduated with a degree in electrical engineering.

On Feb. 24, from 5-6:30 p.m., NC State University Libraries, the African American Cultural Center (AACC) and the Department of History collaborated to bring the Red, White and Black walking tour to students, staff, alumni and members of the community through Zoom. The program began in 2011 as an innovative way to highlight the parts of campus history that gave a voice to the African American experience at NC State. It discussed the origins of the Red, White and Black Project and highlighted seven of the 35 locations that have been significant in shaping the African American experience at NC State.

The tour was led by Christopher Saunders, a public relations specialist of Alumni relations, and Toni Harris “Mama” Thorpe, a retired program coordinator at the AACC. At the beginning of the tour, Thorpe, who was one of the original creators of the Red, White and Black Project, explained why the tour was created in the first place.

“My friend Marian Fragola and I had just returned from a program about, well, celebrating the 125th anniversary of the University,” Thorpe said. “I said to Marian, ‘The program was great.’ As we both agreed, I said, ‘But it made me think about the fact that no one that looked like me was here 125 years ago. That led me to start thinking about those who started the journey, the African American journey at NC State.”

“In the 1960s, it was home to numerous protests, and when we think about NC State, or any university for that matter, you think of students or professors, but in the early part of 1969, it was the workers, the staff...that were at odds with Chancellor John T. Caldwell,” Saunders said.

The next location, Brooks Hall, was a place of inspiration for Thorpe. It was where she first came to the epiphany that what you see is not what was always there. During her time on campus, Brooks Hall was always an NC State building, but one day an alumni told her how the building used to be an old YMCA building and the deep roots it holds within the African American community.

Thorpe highlighted the successes of several design students during the spot at Brooks Hall to showcase how far African Americans have come and how influential this building has been to the African American experience at NC State.

The next stop of the program was Thompson Theatre. Here, Thorpe reflected on the community the Black repertory theater provided to the African American experience during her time at NC State.

“The community, and just the rehearsal dinners and everyone was so excited when a production was done,” Thorpe said. “Number one because we were tired, but also because [Patricia Caple, an emeritus associate professor with strong ties to the theater department] would fix these amazing dinners, and we’d have the celebration there and you know… just the energy and the spirit and the community and the family that exists, it’s worth noting.”

While the tour often focused on the successes of the African American community at NC State, it also discussed some of  the more painful experiences tied to these locations.

“One of the most iconic spots on NC State’s campus was the Free Expression Tunnel,” Saunders said. “Victories are celebrated there over rivals, clubs and organizations will announce meetings there, beautiful art. It also has a very problematic history as well. Especially for people of color on NC State’s campus. Racial epithets, threats, offensive images have all been scrawled on the walls too. And so you have two sides to the Free Expression Tunnel.”

One example given was the 2008 election of Barack Obama and the offensive comments that were sprawled on the walls in retaliation.

“The plan was, the next morning, we would continue the celebration at the Free Expression Tunnel,” Thorpe said. “So I was up early waiting for Dr. Ray’s call, and when I got her call, I could tell from the shrivel in her voice that something wasn’t right…. She told me what was on the wall and a dagger went through my heart. I could not believe, even hearing all the stories of my grandma and all the stories, that it was right here.”

Thorpe emphasized that discussing these painful stops was an important reminder for community members that the African American experience is still being shaped today. It is not just a memory from the past but an influential factor in the present and will be a part of the future too.

The next stop of the program was the West Dunn Building. This was the original location of the AACC, and it is remembered as a place of community and love that greatly shaped the NC State’s African American community. The building was known for both the significant decisions made there regarding the trials of the African American experience on campus and the parties thrown to celebrate the joys of the experience.

The theme of celebration and community was then continued as Thorpe talked about her time working at Witherspoon Student Center at the next virtual stop. The building was a key spot in shaping her personal experience at NC State and has played a crucial role in the African American experience on campus

The final spot of the virtual tour was Holmes Hall. Here, Thorpe lovingly reminisced about Irwin Holmes, the first African American student to receive an undergraduate degree from NC State and the man the building was named after. She recounted tales of other groundbreaking students as well.

The tour ended with Saunders circling back to the overall mission of the Red, White and Black tour by taking a moment to reflect on the legacy of the event.

A key lesson Saunders paraphrased from his interviews with Thorpe was the idea of progress and moving forward while always remembering the past and what it will take to make the future a better place.

“We have to monitor the contributions of the past,” Saunders said. “We have to respect the reality of the present, and we have to have faith in the future.”

Thorpe also reflected on the African proverb, “If you can’t be a lighthouse, be a candle,” and how it connects to her hope for the legacy of the program.

“When we started on this journey, we knew that it would not encapsulate all of the contributions, all of the names, but what we wanted to do was light a candle,” Thorpe said. “So that is what I hope, that whatever form it takes, or however it continues, that every person understands that not only can you be a candle, but only you have the light that was created in you image, so it is our responsibility to know who we are, whose we are and what the light can do to the darkness.”

The remaining 10 minutes of the program was dedicated to a Q&A session facilitated by Ellen Richardson, the senior director of alumni engagement at NC State.

A full version of the tour, along with Google map directions for each of the 35 significant locations on campus, audio clips and information highlighting the significance of each location and additional resources, can be found on the Red, White and Black walking tour website.

I am a first year student majoring in Psychology. I joined Technician during Volume 101 as a correspondent in the summer sessions.

Follow along as a member of Technician gets the Vaccine!