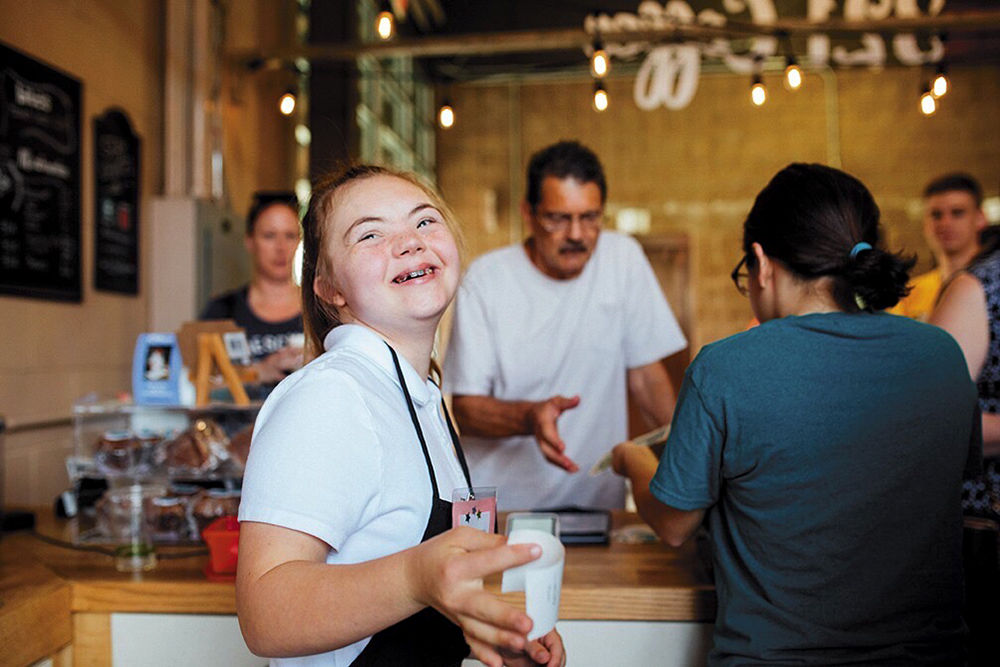 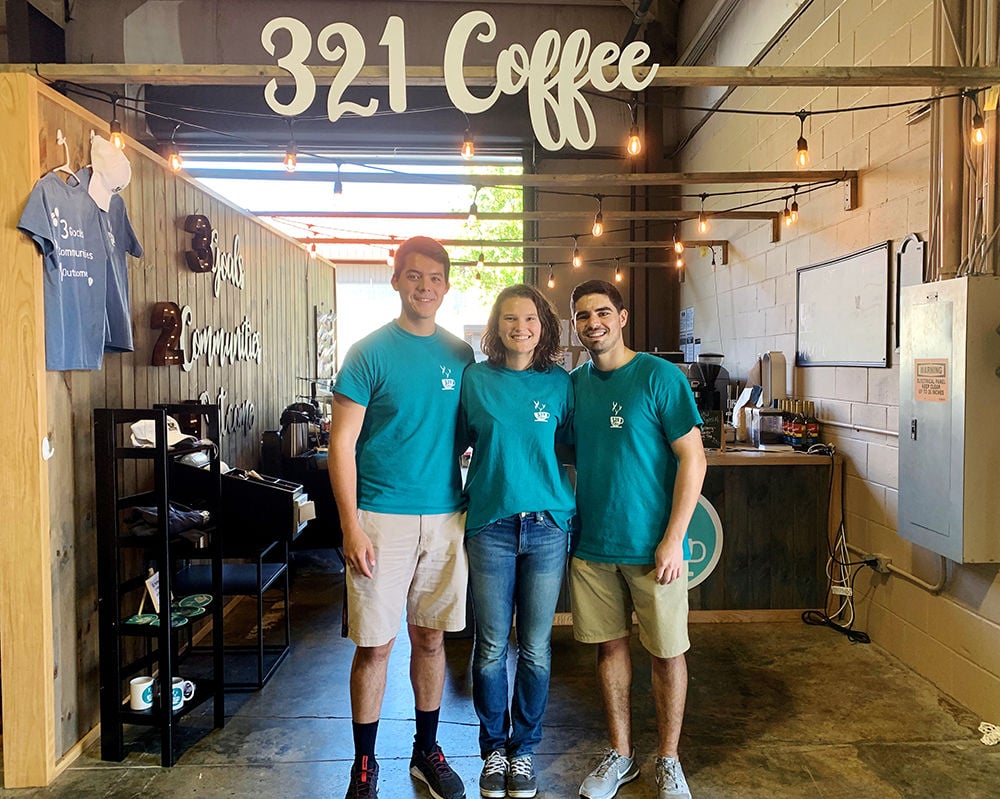 321 Coffee is a nonprofit coffee shop whose baristas are all adults with intellectual and developmental disabilities. Founded two years ago by Lindsay Wrege, a third-year at NC State studying business entrepreneurship, what started as a student organization has now become a business that operates at the State Farmers Market.

321 Coffee has two entities: the nonprofit operating at the farmers market, as well as the student organization, which does pop-up events and volunteers for the nonprofit. To depict their growth, the operation started out with only volunteers, but now 321 Coffee has 21 paid employees, according to Wrege.

She said her motivation for creating such an organization was very personal, which is reflected in the company’s functions. Wrege said that only 20% of adults with disabilities are employed. These individuals tend to be given menial work that is very impersonal and unrewarding, she said.

“Our mission is to incorporate these adults into the workplace in a meaningful way,” Wrege said. “It allows a place for them to learn and grow professional skills and contribute to a workplace.”

Not only did she describe the unique mission at 321 Coffee, but she also explained the unique name of the company.

“The 321 represents Down syndrome being the third copy of the 21st chromosome,” Wrege said. “We still work with adults with all sorts of intellectual disabilities, including autism, epilepsy, spina bifida, all sorts.”

Wrege said she had the idea for the business as a first-year, and her friends wanted to help with that idea. She started a student organization that participated in events on campus and around Raleigh and quickly received a large community response. With plenty of opportunities opening up due to positive feedback, the business grew increasingly popular in a shorter time frame than expected.

“I don’t think any of us expected it to grow this quickly,” Wrege said. “Things have grown a lot since our first pop-up event two years ago. A lot of it was very organic, as we recognized we had a model that worked, as well as a community response from it.”

321 Coffee’s inclusive workforce is not the only highlight of its business model. Sustainability is also a key component, something Wrege described in detail.

“We want to do business in the right way, and for us, that means all-compostable products, it means incorporating everyone into our workforce so we aren’t being exclusive,” Wrege said. “Also, when hiring adults with disabilities, we start everyone at $8 an hour with plenty of opportunities for advancement. We are really just trying to be as socially responsible as we can and not cut corners, even though that sometimes leads to a more expensive business model.”

As the company is growing from regular operations four days a week, it is looking to upgrade from the inside location at the farmers market. Michael Evans, CFO at 321 Coffee and a third-year studying statistics and economics, mentioned this as a goal for next year.

“We’re hoping to make steps towards a storefront, and we’re hoping to rally some support from the community to get us to that next step,” Evans said.

Both Wrege and Evans are Park Scholars here at NC State, part of what led them to connect in the first place in developing 321 Coffee. However, they said resources provided by NC State Entrepreneurship aided them in building the organization.

“We work closely with Jennifer Capps, who is with the entrepreneurship department at NC State,” Evans said. “She serves in our advisory.”

While the business is doing well, the student organization continues to thrive on campus. While groups of students volunteer for 321 Coffee, they help build community as well. With a buddy program between students and all the employees, monthly social events help foster friendships among everyone.

“I think the student organization does a fantastic job at promoting community, continuing involvement, raising awareness and encouraging other students at NC State to join us for coffee,” Evans said.

Students who are interested in learning more about 321 Coffee can visit its website. Additionally, anyone can get coffee at its inside location at the farmers market, which operates Thursday through Sunday.