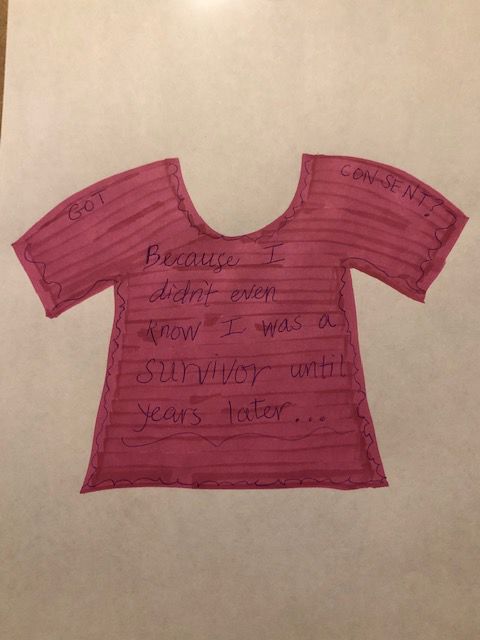 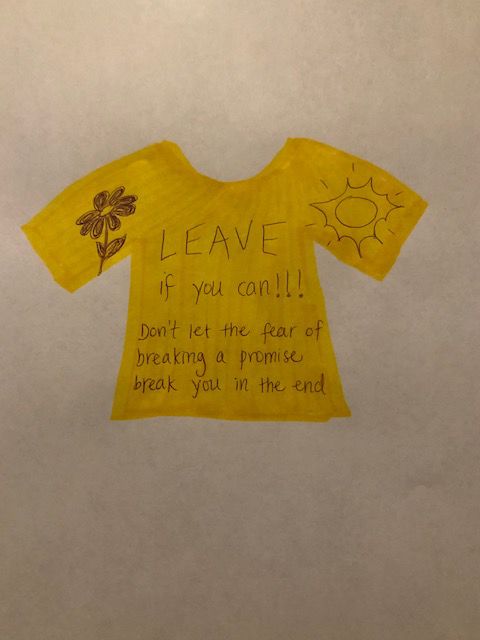 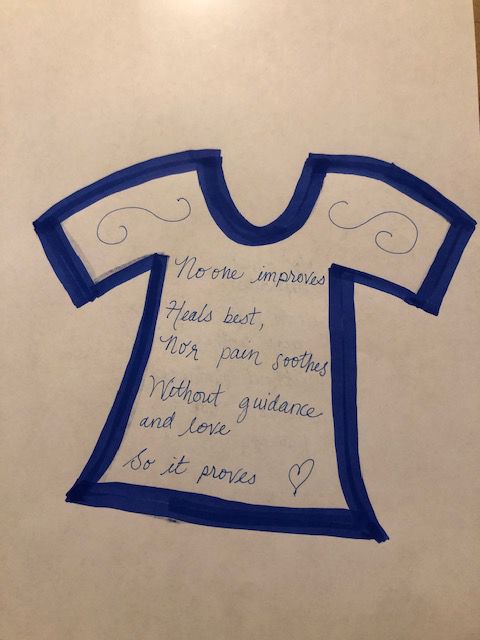 During the week of April 27, NC State’s annual Clothesline Project went live on the Women’s Center Instagram page. In previous years, the T-shirts were displayed in buildings across campus, such as Talley Student Union, but due to COVID-19 restrictions, the project transitioned to a virtual platform. According to Janine Kossen, associate director for Interpersonal Violence Services, the difference in display does not change the intent of the project.

“It’s meant to be an opportunity for a visual display, so that people who are engaging with the displays see how pervasive interpersonal violence is,” Kossen said. “The other end of it is these shirts and these designs are created by survivors themselves as an outlet for expressing whatever emotion they’re feeling, which can range from anger all the way to empowerment, and it’s not just survivors, but individuals who’d like to create a design in honor or in memory of someone they know that’s experienced interpersonal violence.”

Kossen said the Women’s Center received more submissions than in past years, despite a portion of submissions typically coming from in-person T-shirt-making opportunities at campus community centers.

“When we went digital, we got a lot more creations than we would have gotten,” Kossen said. “I think that has a lot to do with the fact that people may just have different stylistic approaches, and they may be very familiar with how to do digital stuff, or maybe they were bored and they had more time and they wanted to create an outlet.”

Lila Crick, president of the Movement Peer Educators and a fourth-year studying aerospace engineering, hosted a Clothesline Project party where participants could create their submissions and still maintain anonymity, to provide a space similar to that in the community center creation meetings.

“I did host a Clothesline Project party with the Movement,” Crick said. “It was a Zoom meeting because it was during quarantine, but I did host sort of like a drawing, arts and crafts party for people to come and join, and just, at home, do their own stuff, so it’s still anonymous, what people are making, unless they wanted to share.”

According to Kossen, the overall transition was simple, but the challenge was ensuring that the Women’s Center provided adequate resources for participants.

“Typically, if you were to come into one of the centers to create a T-shirt, you would find a basket of fidget supplies, and coloring book pages, and cards that have our helpline number on it,” Kossen said. “This can be a pretty triggering process to create something like this, particularly if you identify as a survivor.”

“If you looked at the submissions we got this year, some of them were around ‘I didn’t know I was a survivor until decades later,’ so that can be a message for somebody else who is validated and affirmed,” Kossen said. “There are messages that are created that can validate and affirm people, and also help the individual who created that design seek some additional affirmation and create somewhat of a love letter to themselves or a response to others.”

Submissions can still be viewed as a permanent story on the Women’s Center’s Instagram page (@ncsuwomenscenter), and those interested in staying up to date with activities or projects done by the Women’s Center can visit their website here.

If you or someone you know is experiencing relationship violence, sexual violence or stalking, and are in need of advocacy services, the Women’s Center has trained advocates available to offer remote support, including crisis intervention, emotional support, resources and referrals. Please contact them at the 24/7 Sexual Assault Helpline at 919-515-4444 or ncsuadvocate@ncsu.edu to be connected with an advocate. For more information, please seego.ncsu.edu/supportsurvivors.

My name is Riley Wolfram and I am the News Editor for Technician. I was born in Charlotte, and wrote for my high school's newspaper before joining Technician in August 2019. I'm in the class of 2022 with a major in English and LWR concentration.