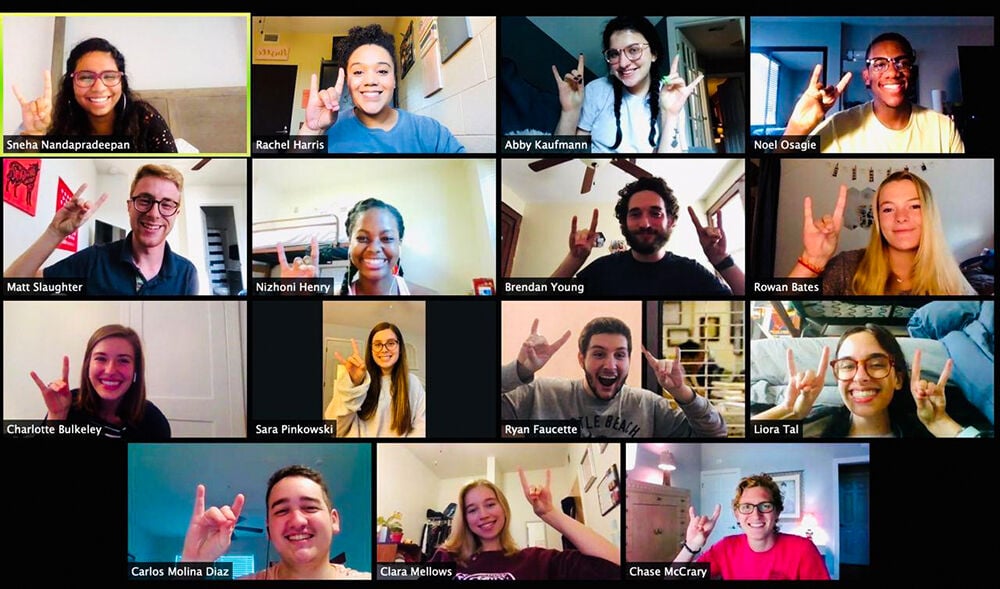 There is no shortage of musical talent among students on NC State’s campus. This semester, Chordination, the University's new a cappella group, joined the music department as the third coed a cappella ensemble. Founded on friendship and inclusivity, the group hopes to succeed this year at both the local and national level.

Ryan Foucette, vice president of Chordination and third-year studying psychology, said those in Chordination were his best friends. This sentiment was met with resounding nods, as it became clear that, corny as it may sound, a cappella can truly be a haven in stressful times.

“If you’re in the right environment for you, I feel like a cappella can be life-changing,” Foucette said. “You might have a bad day or week, but we want you to be able to come to rehearsal and leave it all at the door and just be able to have a good time with us.”

Don’t get it twisted, though: Performing pop songs with nothing but human voices is more than a hobby or party trick. Much like the plot of the popular film “Pitch Perfect,” there is a competitive element to a cappella — from which Chordination does not shy away. The International Championship of Collegiate A Cappella (ICCA) is the largest, and only, global tournament for student a cappella. UNC-CH’s Loreleis took home the championship in 1996 and no North Carolina school, or any southern school for that matter has won since. Carlos Molina Diaz, music director of Chordination and third-year studying science, technology and society, said taking home titles from these regional and national competitions could be huge for NC State.

“I think that it will set us apart, having that extra competitive edge,” Molina said.

Aside from competing in singing competitions, Chordination is also up against two other NC State coed a cappella groups in the fight for new members. Thankfully, Rachel Harris, music director and a third-year studying industrial engineering, said social media has made the recruitment process a lot easier.

“We were really scared people wouldn’t want to audition for us because there’s so many really good, established a cappella groups at State,” Harris said. “We’re super lucky we’ve had so much support on social media because we’ve got really amazing members that we can do big things with.”

According to Harris, Chordination has high hopes for the future of their group. Chordination is currently planning to release an EP in 2021, and Harris said the reach of their music could benefit the NC State and greater Raleigh community. Currently focusing on pop music, Chordination’s current repertoire features songs from the likes of Kelly Clarkson, Noah Cyrus, GALXARA and more.

Harris and Foucette said, in line with their core value of inclusivity, the expansion of the group will mean an expansion of music styles. Ultimately, they both said the group hopes to span multiple genres and languages through original arrangements.

Sara Pinkowski, brand manager and a second-year studying English teacher education, said she feels strongly about the impact music can have during difficult times.

“I believe that music transcends all boundaries,” Pinkowski said. “[If] we have to practice remotely or we’re separated from our audience, the essence of what music can do for people is still there.”